A. Sutherland - AncientPages.com - Pi-Ramesse is an example of an ancient city of great importance, which archaeologists surprisingly identified in two locations. It took a very long time to piece together artifacts from these two sites and create a true image of Pi-Ramesse. 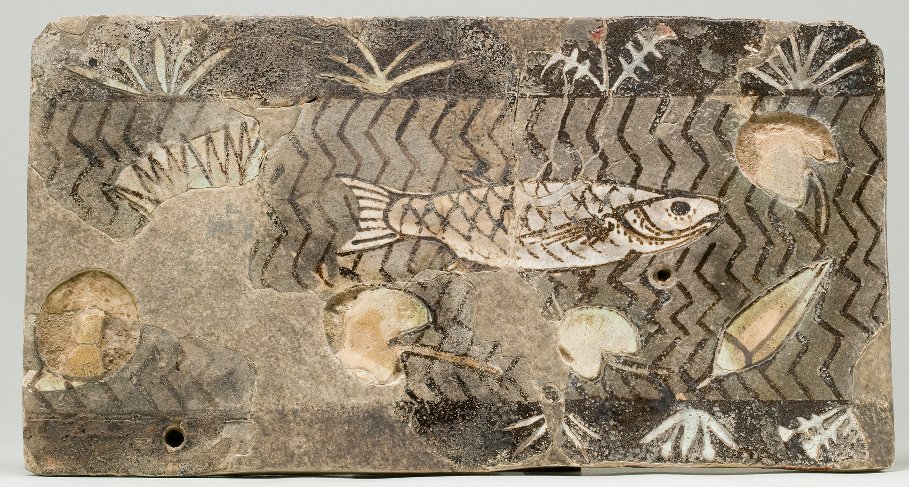 Pi-Ramesse was founded by Ramesses II’s father, Seti I, however, it was Ramesses (reigned 1279–1213 BC) who turned  it into the powerful metropolis of the Ramesside kings of the 13th and 12th centuries BC. Thebes and the traditional capital, Memphis functioned as religious and administrative centers.

Qantir, about 100 km from Cairo, Egypt, is the modern name of the site of Pi-Ramesses (“The city of Ramesses” or “("House or Domain of Ramesses"), which was also an important harbor town.

The City Was Relocated

Pi-Ramesse, one of the greatest cities in the Land of Pharaohs” was relocated from one place to another, in the second millennium BC, after Pharaoh Ramesses’s death.

The original location of the ancient city was widely debated. Among many theories, there was one that identified Pi-Ramesses with Tanis, where archaeologists discovered many monuments.

They also found that many artifacts did not originate at the site of Tanis; they had to belong somewhere else. 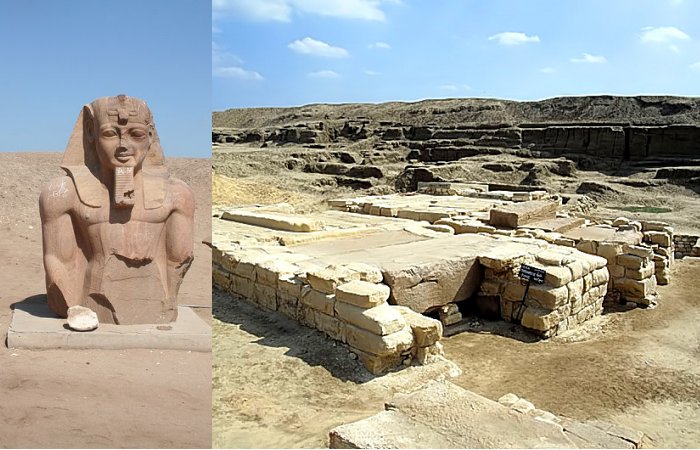 Two Egyptian scholars first connected the ancient Pi-Ramesse with Avaris, the capital of the Hyksos located only one kilometer south of Qantir. Their theory was first confirmed fifty years later during excavations led by Austrian Egyptologist Manfred Bietak at the University of Vienna, Austria.

His works at two sites gave remarkable results; the modern town of Tell el-Dab’a was identified as Avaris, capital of Egypt from 1650–1580 BC. It was established that the original site of Pi-Ramesse lay beneath the present-day city of Qantir.

A mud-brick palace dating to the earliest phase of the town was discovered in 1929. Fifty years later, further digs revealed pottery dated to the reign of Seti I and Ramesses II and military barrack-rooms multi-functional workshops also dated to the Ramesside period.

Presence Of Hittites and Mycenaeans

There has also been uncovered a vast metalworking area for bronze covering at least 30,000 square kilometers and many tools and artifacts, including lances, daggers, arrowheads, horsebits in a complex of chariot workshops and stables.

The finds confirmed the presence of Hittite soldiers and workers and Mycenaeans and their pottery in Pi-Ramesse. 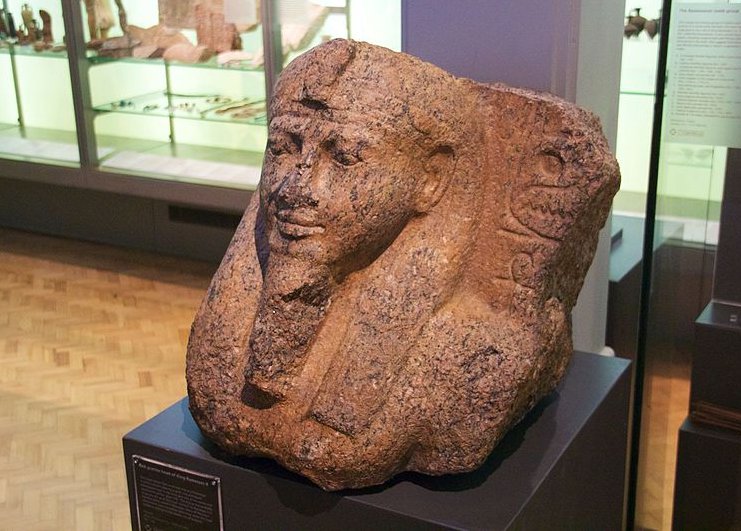 Red granite head of King Ramesses II. This head comes from a colossal statue of Ramesses II, who is shown wearing a god's wig and beard. Hieroglyphs next to the king give one of his names and promise he will be 'given life'. This statue was probably originally set up at the royal city built by Ramesses II in the Nile Delta, called Pi-Ramesses. Many of this city's monuments were moved by later kings when the royal residence shifted to the nearby city of Bubastis. Bubastis, Reign of Ramesses II (c. 1279-1213 BC). Credit: Mike Peel - CC-BY-SA-4.0

The discoveries point to foreign relations of Ramesside Egypt, which have been known mainly from the cuneiform archives at Hattusa/Boghazkoy in Anatolia.

Pi-Ramesse flourished until 1078 BC. When the branch of the Nile, on which it was established, slowly began to dry up, it was time to move the city with all temples, statues, and obelisks to the newly founded city of Tanis.

The new site remained important until it was finally abandoned in the sixth century AD.

Today only small parts of ancient Pi-Ramesse can be explored. Most of the area is privately owned, and excavations cannot be authorized; important knowledge about the city’s ordinary life is buried under the surface.