Angus Sutherland - AncientPages.com - At the height of their glory, the Vikings formed a number of new Scandinavian dynasties. At first, they were considered foreigners but they eventually integrated with local communities, even religiously.

One of them was, Rollo, an ancestor of the famous William the Conqueror who led the conquest of Normans to England and became king of the country in 1066.

Believed to have lived between 846 and 931 AD, the first historical account of Rollo detailed his leadership of the Vikings during their siege of Paris from 885-6 AD.

Mentioned in Icelandic sagas, as a man of high social status, Rollo is often referred to as Rolf the Walker (“Ganger-Hrolf “, in Old Danish), because he had such an imposing figure that he could not be carried by his own horse and was obliged to travel on foot.

His impressive figure was richly decorated with golden arm rings, amulets and the hammer of god Thor. 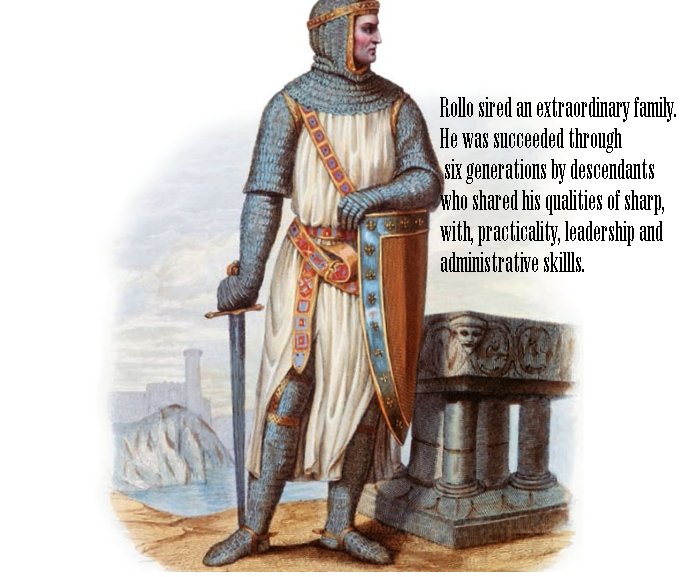 By treaty in 911, the Viking chieftain, Rollo and his followers were granted part of the French coast called Normandy (or the "land of the Normans"). In return, Rollo was to swear fealty to King Charles the Simple, to look to the defense of his own domain and to be baptized as Christian.

The Viking chieftain kept his bargain with the king, and the treaty was beneficial for them both. Rollo’s presence in Normandy was legitimate, he settled in the city of Rouen, which he seized earlier, in 876, and there were no further Viking raids into Charles’s territory and in times of emergency, Rollo sent his met-at-arms at Charles’s disposal.

In his book “The Vikings”, Robert Wernick mentions a local tradition, which describes Rollo as a brutal man:

“…when some peasants sought the right  to hunt  and fish in Rollo’s woods, lakes and rivers, he dispatched his uncle, Count Rudolph, to cut off a hand and a foot of each of the would-be-poachers. But he was also sharp-witted and practical. He let himself be baptized, and he lost no time in restoring the churches that he and his fellow Vikings had sacked…” 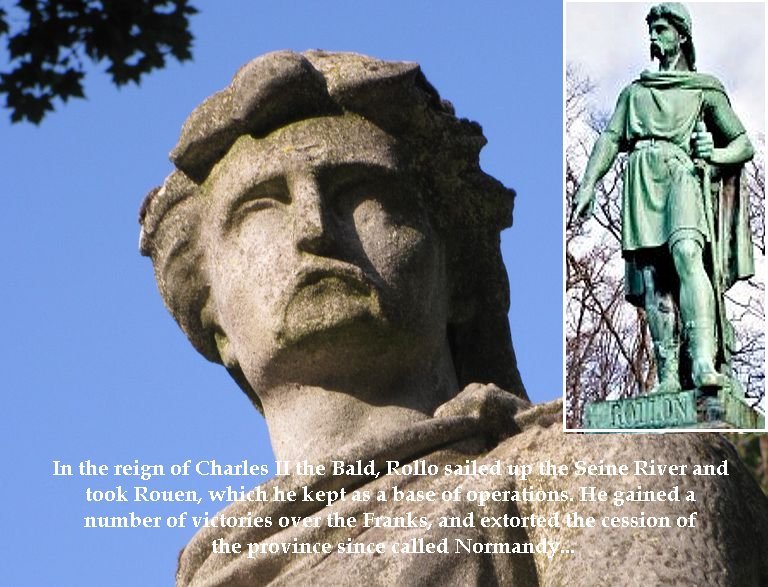 He continued to reign over the region of Normandy until at least 928, according to a charter of 918. By the end of the century, these settlers were speaking French and had lost their Scandinavian heritage.

Ivar The Boneless: Famous Viking And Son Of Ragnar Lodbrok

Rollo was succeeded by his son, William Longsword (c. 893 -942), William, the second ruler of Normandy, from 927 until his assassination in 942. The offspring of Rollo and his followers became known as the Normans.

After the Norman conquest of England and their conquest of southern Italy and Sicily over the following two centuries, their descendants came to rule Norman England (the House of Normandy), the Kingdom of Sicily (the Kings of Sicily) as well as the Principality of Antioch from the 10th to 12th century, leaving behind an lasting legacy in the historical records of the European continent and even the countries of Near East.

Much Debate On Rollo’s True Origin

Medieval sources contradict each other regarding whether Rollo's family was Norwegian or Danish in origin. 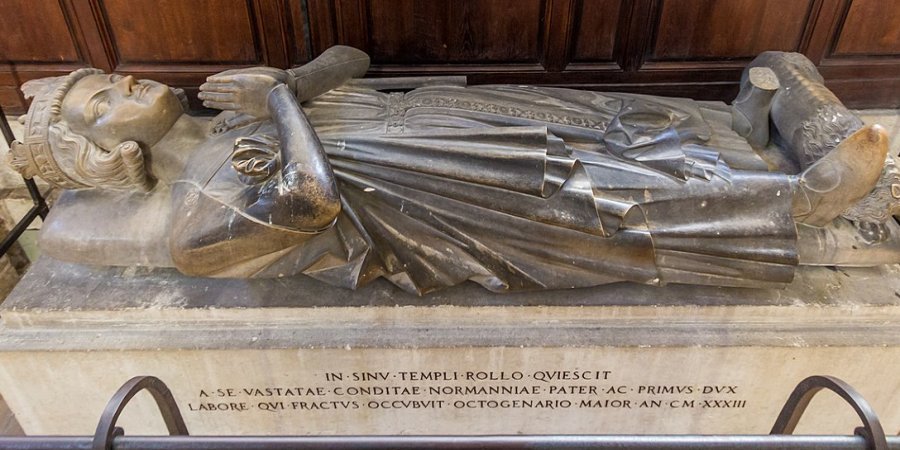 Rollo's grave at the Cathedral of Rouen. Image credit: Wikipedia

An 11th-century Benedictine monk and historian, who wrote: "Rollo sailed boldly from Norway with his fleet to the Christian coast." Likewise, the 12th-century English historian William of Malmesbury stated that Rollo was "born of noble lineage among the Norwegians".

Also according to one legend, he was a Norwegian scion of a family that had left Norway as outlaws and arrived in northern Scotland to seek freedom and wealth and from there, he took part in many Viking raids reaching the coast of England and France.

However, according to the cleric Dudo of Saint-Quentin and his biography written in the late 10th century, Rollo was from Denmark and one of his great-grandsons was known as Robert the Dane, who was also a contemporary of Dudo, himself.

Among historians, Rollo - as the great-great-great-grandfather of William the Conqueror - is considered one of the ancestors of the present-day British royal family. He is also an ancestor of all current European monarchs.

Carlson, R. Vikings: A History of the Viking Age