A. Sutherland - AncientPages.com - In the army of the Persian Empire there were many different formations. One of them were the so-called ‘sparabara’ –the shield bearing troops.

They were the front line of Persia’s infantry active in the 5th – 6th century. 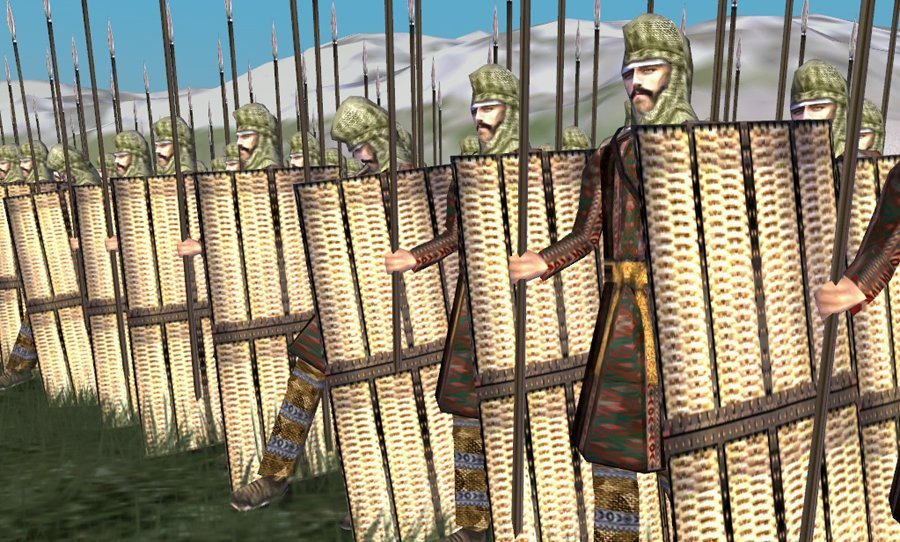 Sparabara carried rectangular wicker shields or sparas, which were known to the Greeks as ‘gerrhon’.

‘Sparabara’ was a warrior type having its roots in an older Assyrian model and was common in Mesopotamia. The warriors of ‘sparabara’  were Persians, Median, Hyrkantians and Cissian/Elamites and usually manned the main front-line of the armies.

The front rank of sparabara warriors were equipped with spears and large sparas (shields), and the archers would lie behind them. From this position the archers could launch volumes of arrows on their enemy while being protected themselves from incoming projectile attacks.

When there was no immediate risk of direct confrontation with enemy forces, only men in the front rank carries spara; in case of hand-to-hand-action, at least the first two ranks of warriors bore shields so they could quickly replace casualties at the front. The Persian formation contained nine rows of archers protected by one row of shield-bearers. 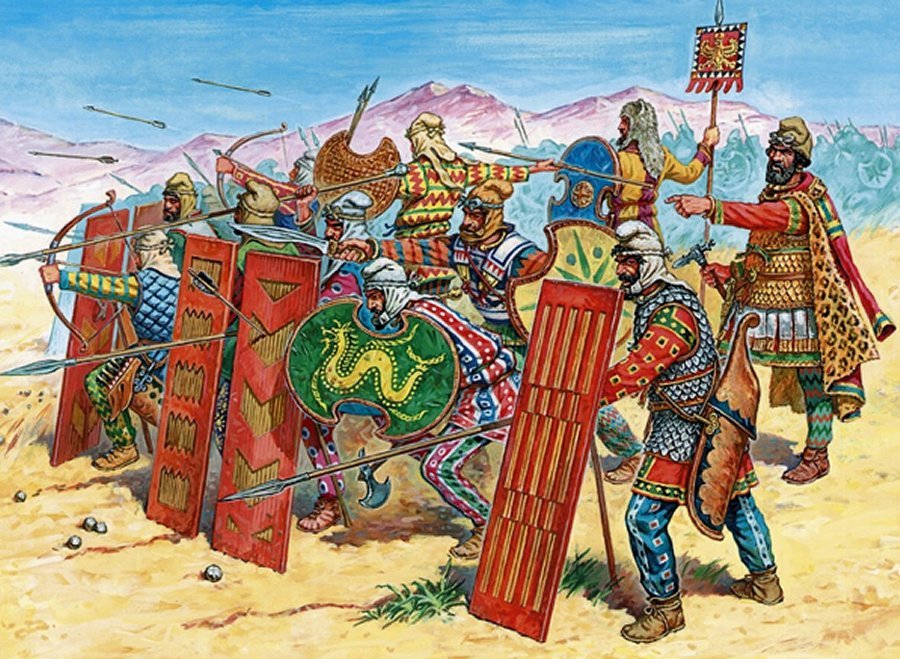 As a combined force, ‘sparabara’ warriors fired bows from behind and no more than a thin front of spearmen bearing shields. These warriors were trained from childhood to be soldiers; in times of peace, they were occupied with hunting on the country’s plains. Their normal life included farming the land and grazing their herds.

‘Sparabara’ warriors - well trained and courageous - had swords at their disposal but used them only as secondary weapons, with the akinakes, a straight, double edged blade only 20-25 cm long.

Their combat skills were very effective against Near Eastern enemies including skilled Scythian horse-archers; however, they could not stand against an impressive  Greek front rank’s barricade of shields.

Campbell B. Lawrence A. T. The Oxford Handbook of Warfare in the Classical World