A. Sutherland - AncientPages.com - According to the Book of Chilam Balam of Chumayel, Hunac Ceel, ruler of Mayapan, conquered Chichén Itzá in the 13th century. Archaeological data, on the other hand, indicates that Chichén Itzá declined as a regional center by 1250, before the rise of Mayapan. 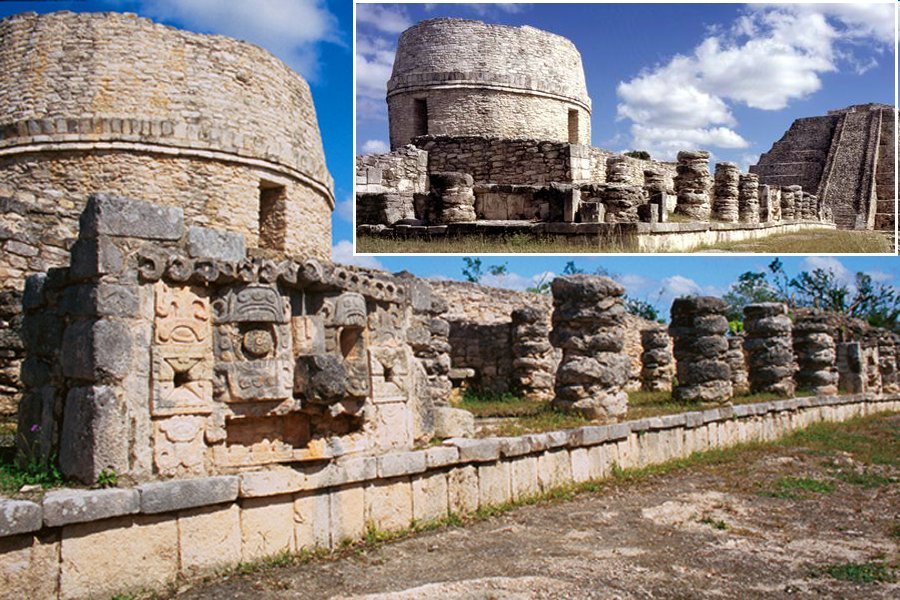 Earlier, from the 10th through the 12th century, Chichén Itzá, Uxmal and Mayapan (means "The Flag or the Banner of the Mayas"), were three most important and powerful ceremonial centers. Towards the year 1194, political situation changed and Mayapán took the power from Chichén Itzá and managed to retain it until 1441. The fall of Chichén Itzá initiated two significant events in the history of Yucatán,

The League formed by chieftains of Mayapán, Uxmal and Chichén Itzá began successfully control the region until 1450 AD. However, not all people were satisfied. The League had many opponents among the inhabitants of the other Mayan kingdoms of the Peninsula.

Nobles were forced to live within the defensive walls of the city so their kingdoms had no choice but to stay loyal to the League. 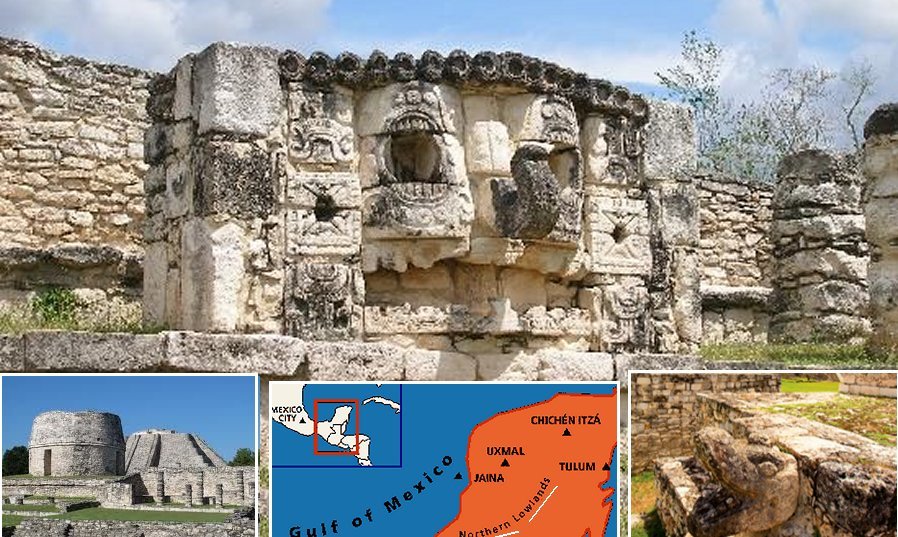 “Mayapán ruled over a large territory in Yucatan. This realm was divided into provinces that were administered as a confederacy under Mayapán’s control. Each province (kuchcabal) was ruled from a prominent town…. They built houses for the lords only, dividing all the land among them, giving towns to each other…. The leaders of these subordinate towns lived in Mayapán, supported by their subjects, “where each lord could keep servants…”according to Bishop Landa’s 16th century description.

By residing in the capital, these subordinate lords could be closely monitored by Mayapan’s rulers and it was life in captivity.

Around 1440 – 1450 AD, the people who lived in captivity started rebelling against the rule of Mayapán. The League began to decline and by 1461 it was completely disintegrated. The city of Mayapan was burned and abandoned.

City Of Mayapán Built In Likeness Of Chichén Itzá

Today, the walled city of Mayapán, (known as "Flag of the Mayas"), is considered the last great Mayan capital. It was built in the likeness of Chichén Itzá. At its peak, Mayapán was the most important city but its population was only 15,000 and it covered an area of only 4.2 square kilometers (1.6 miles). 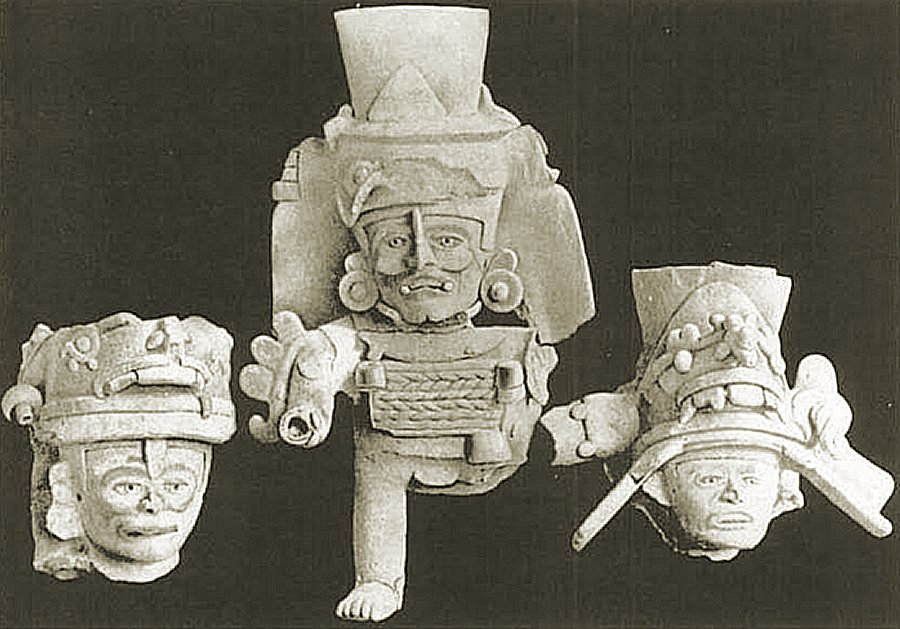 Mayapán-style ceramic idols represent images of gods and were used by the Maya for burning incense. Image credit: Thomas Gann, 1900

About 10-12,000 people lived within the walled city of Mayapán, surrounded by a 9.1 km long and roughly ovate wall.

Archaeological excavations revealed the city’s ceremonial center (constructed in the style of that in Chichén Itzá), tightly packed with about 4,000 functioning structures displaying architecture similar to that of Chichén Itzá. 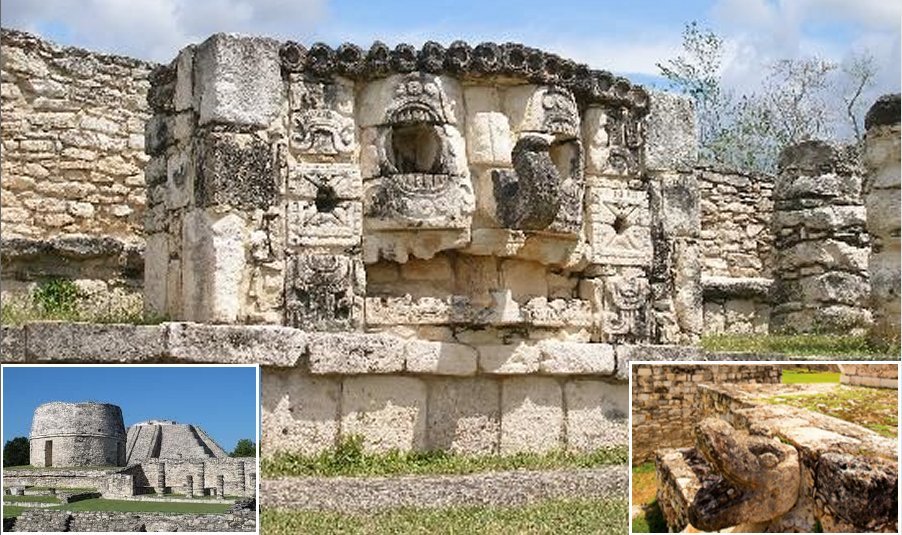 Sculptures, depicting human portraits, feline figures, turtles, serpents, diving figures and diverse stelae richly decorate Mayapán’s ceremonial buildings. Archaeological diggings revealed evidence for captive sacrifice at Mayapán, where altars - similar to those used at Chichen Itza – were used for heart excision. Other evidence shows the bones of human sacrifices including some that had been decapitated. 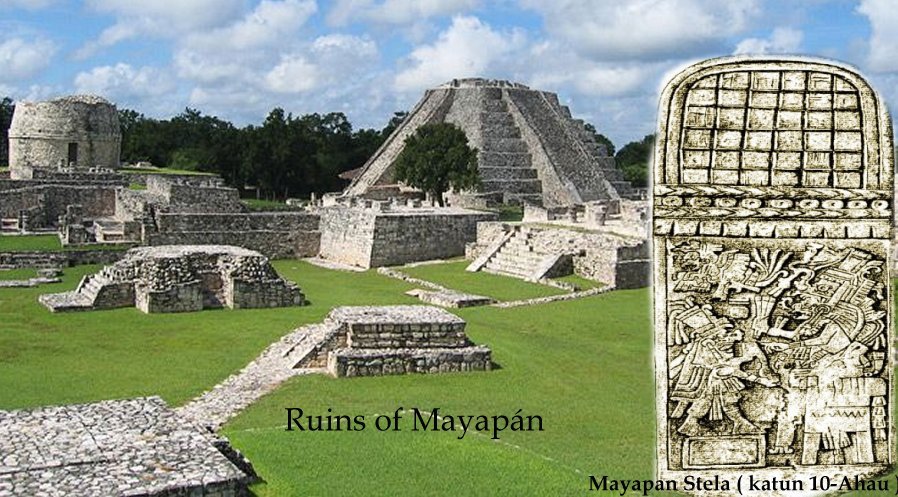 The city’s main temple is the Temple of Kukulkan, a large four-sided and 15 meter-high pyramid known as the Castillo. It is very similar and yet inferior to that of Chichen Itza.

However, an interesting spectacular phenomenon of light and shadow during the winter solstice (December 21) is identical to that experienced at Chichen Itza.