Ellen Lloyd - AncientPages.com - Everyone who came in contact with the magical ring Andvaranaut died and Fafnir should have known better than kill his father and steal the priceless ring that was cursed, but he was greedy Norse dwarf who wanted all the priceless treasures for himself. For a while, he got away with his wrongdoing, but fate caught up with him eventually and he was punished for his crime. 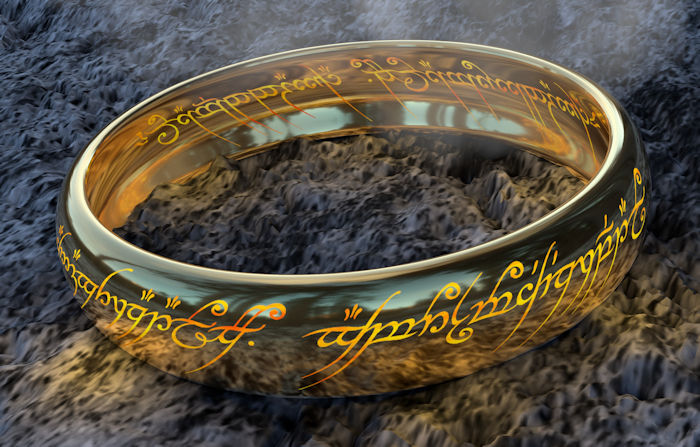 In Norse mythology, Andvaranaut, also called Andvari’s loom, is a powerful, magical ring capable of producing gold. It was forged by the shape-shifting dwarf Andvari who could turn himself into a fish at will.Credit: Adobe Stock - veraverunchik

The story of shape-shifting Fafnir can be found in the Icelandic Volsunga Saga. Like many other Norse myths, it describes adventures of the Gods, remarkable magical treasures, and curious shape-shifting beings that possess unusual powers. In Norse mythology, dwarfs play a very prominent role and these beings can be good or evil.

Hreidmar who was the King of the Dwarf People had three sons. Fafnir was the eldest and he was gifted with a fearless soul and a powerful arm. The second son, Otter was a shape-shifter and then there was Regin who built a house of gold to please his father.

The description of Fafnir is quite interesting. According to the Norse Saga, no-one dared to approach Fafnir because of his fierce glances and Ægis helmet. His fearsome appearance was one of the reasons he guarded the gold house of his father.

One day, something terrible happened. The three gods Odin, Hoenir, and Loki were walking by a stream in Midgard, one of the mysterious nine worlds of Yggdrasil, the sacred tree of life in Norse mythology.

The world of humans is called Midgard (or Mannheim) and is located exactly below Asgard. It is surrounded by vast oceans that cannot be passed and coiled by the Midgard Serpent, an evil, huge sea serpent, Jormungand, yet another child of Loki trickster god.

Trickster God Loki killed the otter and flung it over his shoulder. What he did not know was that being something of a magician, Otr often took the form of an otter during the day.

The three gods continued their journey until they came to the house of Hreidmar whom they asked for shelter for the night. At first Hreidmar was welcoming enough, but when he saw the otter, he shouted in rage and grief, for the dead creature was his son. Hreidmar summoned his other two sons, Regin and Fafnir. Then, with his magic spells, he disarmed the gods and bound them. 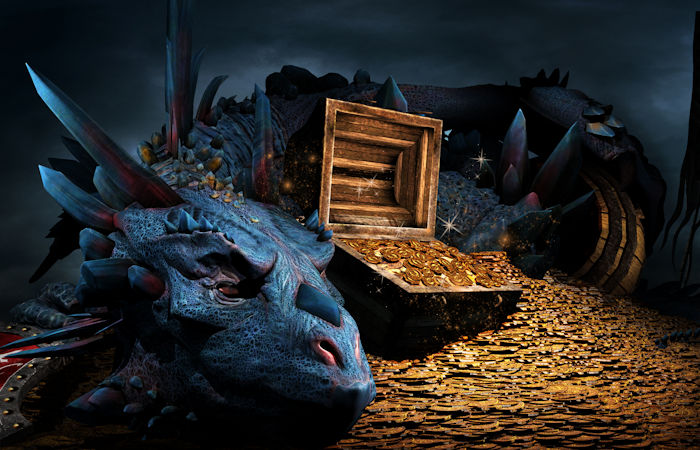 God Odin told Hreidmar that he and his companions would pay whatever ransom he asked. Hreidmar and his sons demanded that the otter’s skin should be stuffed with gold treasures. Loki who was the most cunning of the gods went straight to the place where he had killed the otter and stared down into the water. Soon he saw what he was looking for, an enormous pike guarding the entrance to an underwater cave that gleamed with gold. The pike was the dwarf Andvari, keeper of the fabled treasure- the magical ring Andvaranaut.

To save his life, the dwarf Andvari gave up his entire hoard of gold. He begged Loki not to take the Andvaranaut ring from him, but Loki snatched the ring and put it on his finger. Andvari laid a terrible curse upon the ring, vowing that anyone who wore it would be smitten with ill fortune and death. 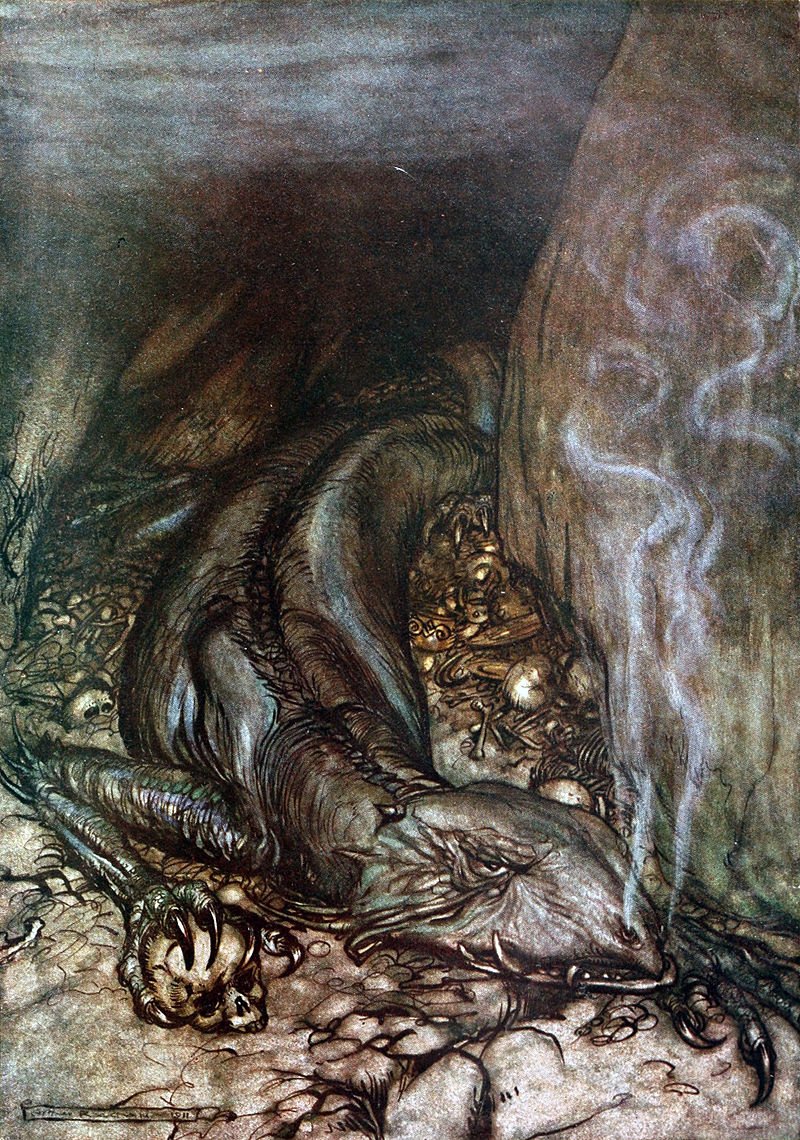 Hreidmar and his sons were delighted to get so many gold treasures. Otr’s ransom was paid and the three travelers were allowed to go, but it did not take long before Andvari’s curse began to operate.

Fafnir decided he wanted the whole treasure and didn’t want to share the gold with his father and brother. So, he killed his father and when Regin came to claim a share he drove him scornfully away and bade him earn his own living.

Fafnir was now so greedy that he decided he must guard his treasure day and night. The dwarf went out into the wilderness to keep his fortune, eventually turning into a dragon and he breathed poison into the land around him so no one would go near him and his treasure, wreaking terror in the hearts of the people.

But his brother Regin was determined to get his revenge and he sent his foster-son Sigurd to kill the dragon. So, the greedy Fanfnir dwarf died and the curse's effectiveness was proven once again. It was better to stay away from the magical ring Andvaranaut no matter how beautiful and priceless it was.