A. Sutherland - AncientPages.com - A controversial artifact known as the Inventory Stela says that the Valley Temple and the Sphinx, already existed during the reign of Khufu, who ruled more than 30 years before Khafre.

In other words, the stela provides evidence of far greater antiquity for these and other Giza structures. Its text clearly overthrows the accepted theories regarding the timeline of ancient Egypt. 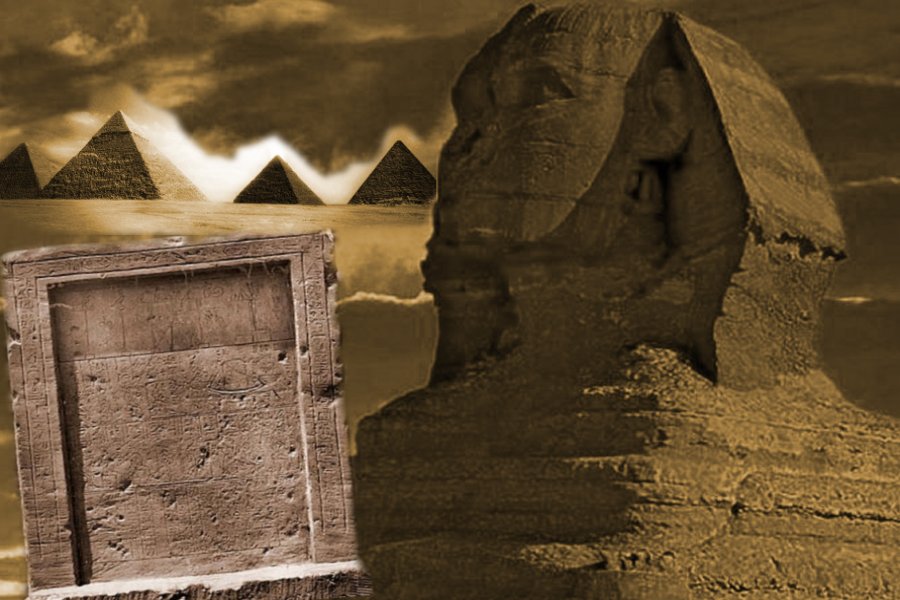 The Inventory Stela was discovered in a small temple dedicated to the goddess Isis by Auguste Mariette, French archaeologist, and Egyptologist, in 1858.

The inscription also referred to Isis as the ‘Mistress of the Pyramid’, implying that the monument had been dedicated to the goddess of magic and not to Khufu at all, as it was long suggested.

The stela dates back to the 26th Dynasty, an epoch known as the Saitic Period (c. 670 BC, contains a list of 22 different divine statues owned by a Temple of Isis and other writings that have been also rejected by orthodox Egyptologists as fake.

The Stela, of which original size is unknown (it was already damaged, when it was found), is made of polished granite and decorated with a commemorative inscription and a so-called apparition window.

What we all know officially is that the famous Pharaoh of the Fourth Dynasty, Khufu (Cheops), built the Great Pyramid, the famous Sphinx, and other Giza structures.

The text left on the Inventory Stela disagrees with these “facts” and proposes that both the Great Pyramid and the Temple of Isis existed before the time of Khufu (c. 2580 BC). It also tells how Khufu came upon the Sphinx, already buried in the sand. 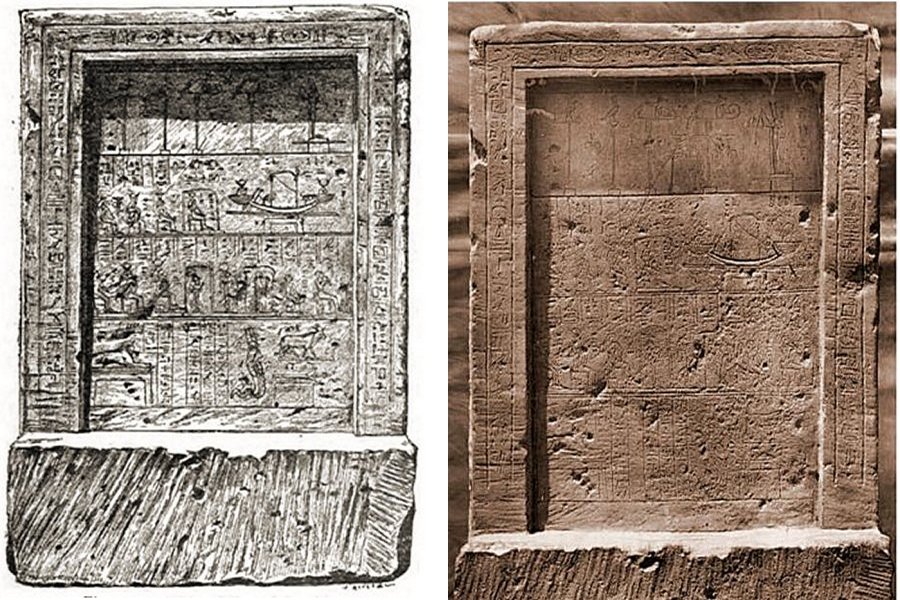 Text on the stela challenges the conventional chronology if historical events in ancient Egypt.

The text on the stone informs:

“Long live The King of Upper and Lower Egypt, Khufu, given life

He restored the statue, all covered in painting, of the guardian of the atmosphere, who guides the winds with his gaze. He replaced the back part of the Nemes head-dress, which was missing with gilded stone. The figure of this god, cut in stone, is solid and will last to eternity, keeping its face looking always to the East '(10).

What Was The Sphinx And What Is Wrong With Its Body And Head?

Regarding the enigmatic Sphinx, the text is even more controversial because it states that lightning struck the tail of the headdress of the Sphinx and destroyed it and the Sphinx was already at its place long before the pharaoh Khufu came to power. Khufu built his temple in the vicinity of the "house of the Sphinx" and probably only renovated the Great Pyramid. 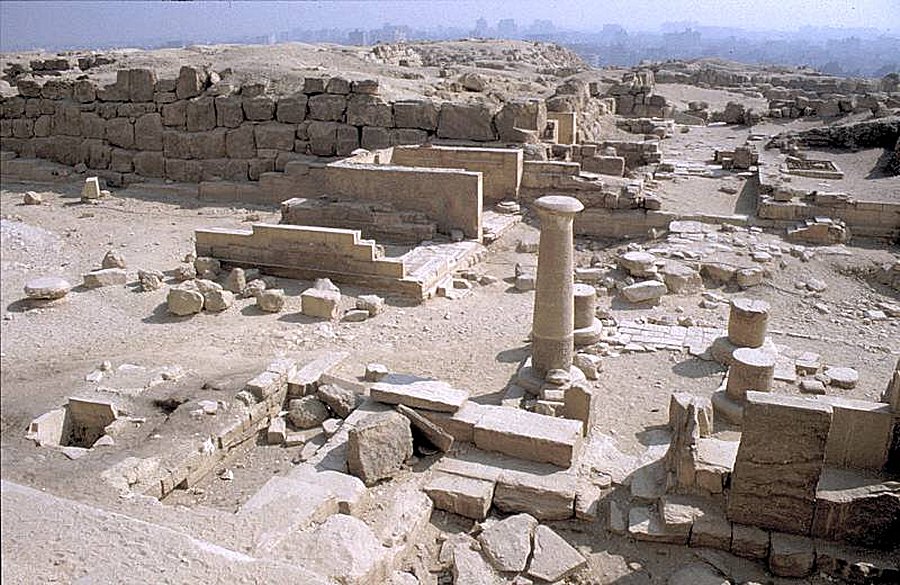 The Temple of Isis existed before the time of Khufu.

He wrote in his book "Journeys to the Mythical Past" that the stela was irrefutable proof, provided by Khufu/Cheops himself, that he did not build the Great Pyramid and that the Great Pyramid (and Sphinx) were already there in his time.

Many have questioned the authenticity of the stela, but “not all the Egyptologists of the early 20th century were doubters” Sitchin writes.

James H. Breasted included the Inventory Stela in the list of Fourth Dynasty artifacts. He believed the stela to be likely genuine because as he said it “bore all the marks of the authenticity”.

Also, the French Egyptologist Gaston Maspero (“The Dawn of Civilization”) said about the stela that even “if it was from a later time, it was a copy of an earlier authentic artifact, and thus a factual record of the life and deeds of Khufu..”

Mariette, the discoverer of the controversial stela, admitted that the dating of the artifact is arguable; however, the story inscribed on the stela must be considered historical.

“We can argue about the epoch of the carving of these texts . . . but we cannot argue about the content of the information given in the text. . . we also note that the Great Sphinx is shown among the other statues that are mentioned. This colossal symbol [the Sphinx] thus already existed in the time of Cheops [Khufu]. Consequently, it is older than the actual pyramids” (Mariette 1872) as cited by R. M. Schoch in "Origins of the Sphinx".

The artifact remains a controversy.

Sitchin Z. “Journeys to the Mythical Past”

Hancock, G. Fingerprints of the Gods

Sitchin Z. “The Stairway to Heaven”