AncientPages.com - About 5,000 years ago, people in Mesopotamia used intriguing clay tokens of multiple shapes to count and communicate.

People recorded information about their agricultural goods--including domestic animals and plants and to do so they used small clay tokens that were of different size and shape. Interestingly, archaeologists have discovered clay tokens were used long after writing was invented. 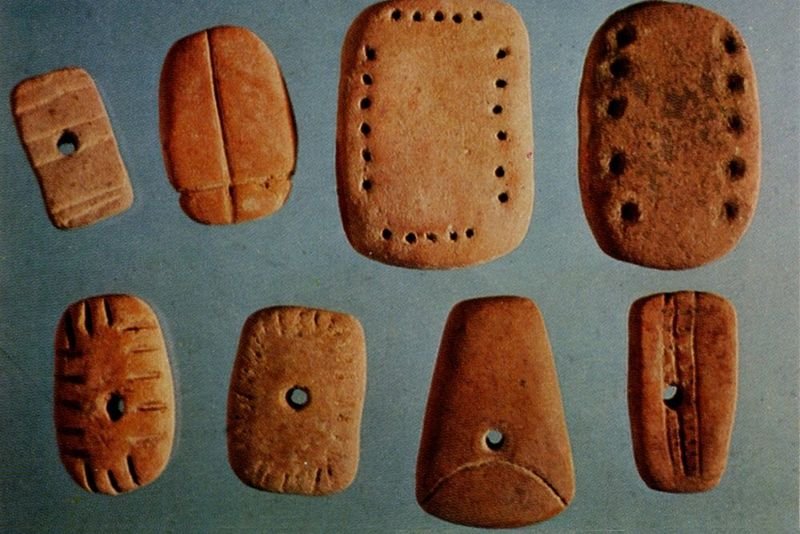 Sumerian clay tokens were often shaped like cones, spheres, disks, cylinders, tetrahedrons and ovoids and their size could vary from 0.5 to 1.25 inches.

The first tokens appeared in the Near East 7500 B.C. and they were made in the image of the goods they represented. For example, a cone abstracted a measure of grain.

Ovoids were jars of oil, cylinders a sheep or goat and tetrahedrons a person-day of work.

Sumerians used the tokens to count in a different way that we do today. We use abstract numbers, which means that our numbers “one,” “two,” “three,” are independent of the item counted and therefore universally applicable.

It was not so at the time when tokens were used. Between 7500-3100 BC, counting was restricted to selected units of goods, mostly measures of grain, jars of oil, animals and units of labor, based on time and task.

Controversial Tartaria Tablets: The First Writing System In The World?

The tokens were not difficult to produce. They were made of clay and incised with lines or dots or embellished with pellets of clay. These were then sun-dried or baked in a hearth. 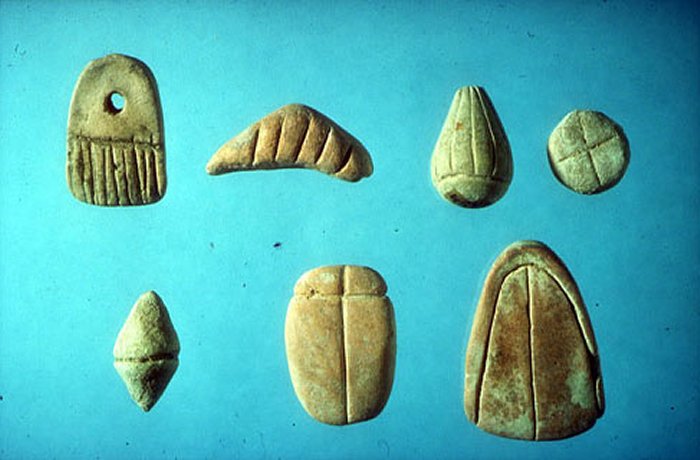 One great advantage with clay tokens was that they were non-lingual. It was an easy way to communicate because no matter what language you spoke, both parties understood that a cone meant a measure of grain.

Clay Tokens Were Used Even After The Cuneiform Script Appeared

It was previously thought that clay tokens were no longer used about 3,000 B.C because they were replaced by the cuneiform script, a more elaborate writing system.

Cuneiform tablets were one of the earliest systems of writing invented by the Sumerians.  However, while excavating at Ziyaret Tepe, southeast Turkey, archaeologists uncovered a large number of clay tokens that were used as records of trade.

Scientists say clay tokens were integral to administrative functions right across the Assyrian empire – millennia after this system was believed to have vanished.  Clay tokens were part of a prehistoric ‘book keeping’ system that continued long after invention of writing.

These clay tokens were found at a dig site in Turkey. Archaeologists think they were used as part of ancient system of record-keeping. Credit: Ziyaret Tepe Archaeological Project

Archaeologists say that while cuneiform writing was a more advanced accounting technology, by combining it with the flexibility of the tokens the ancient Assyrians created a record-keeping system of greater sophistication.

It should be added that Sumerians were not entirely the first to use a token system About 20,000 years ago, Upper Paleolithic people left marks and signs on walls and sticks to communicate. What is unique about clay tokens is that these artifacts represent the first significant step towards communication how storage and retrieval should be handled.