A. Sutherland - AncientPages.com - The Mayan pantheon comprises many gods. All of them stand below the greatest and most powerful of them – Hunab Ku, who is the supreme god and creator in the Maya pantheon.

He is “the god set over the gods”, invisible and beyond human understanding. 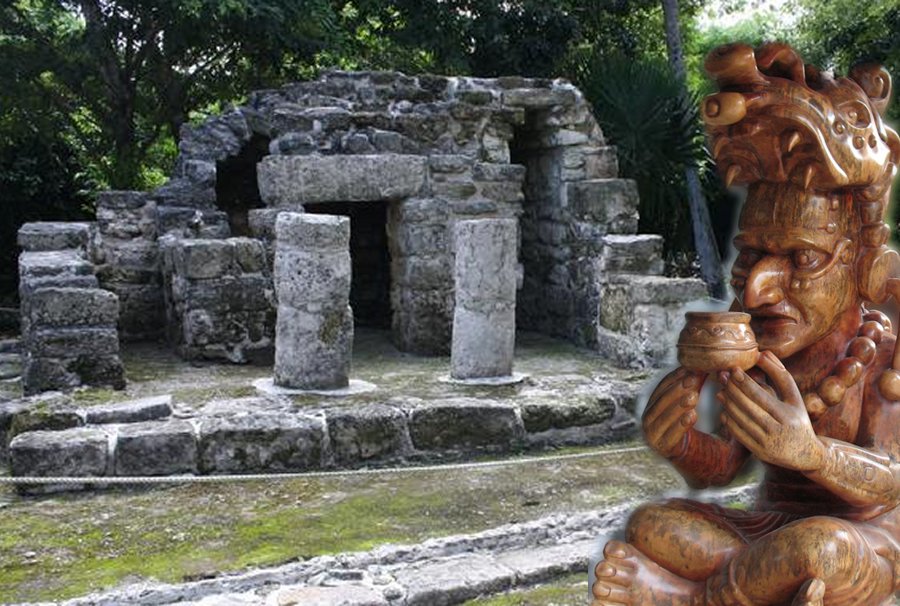 Temple to Itzamna, on the island of Cozumel, Mexico

One of Hunab Ku’s son is Itzamna ("House of Lizard"), a name that corresponds to the Mayan mythological views of the Universe. The Maya believed that the earth rests on the back of a great lizard and that the cosmos was her home.

Plato's "Critias" may help us understand a very distant past and origin of great god Itzama.

Plato narrates that Poseidon fell in love with Cleito, the daughter to Evenor, the Atlantean, and had five pairs of sons who were twins.

One of the Atlantean twins was Azaes, known to the Maya as Itzamna. All the sons were given ten kingdoms and lived in peace with fabulous reaches of Atlantis. These Atlanteans built temples, palaces, harbors, canals and bridges and had access to rich forests, trees and minerals.

Later their descendants, “lived there for many generations, as sovereign of the sea and many islands, as has been spoken of vast territories and large people, from within, covering his kingdom is the land that extends to the Egypt and Tirrenia…” 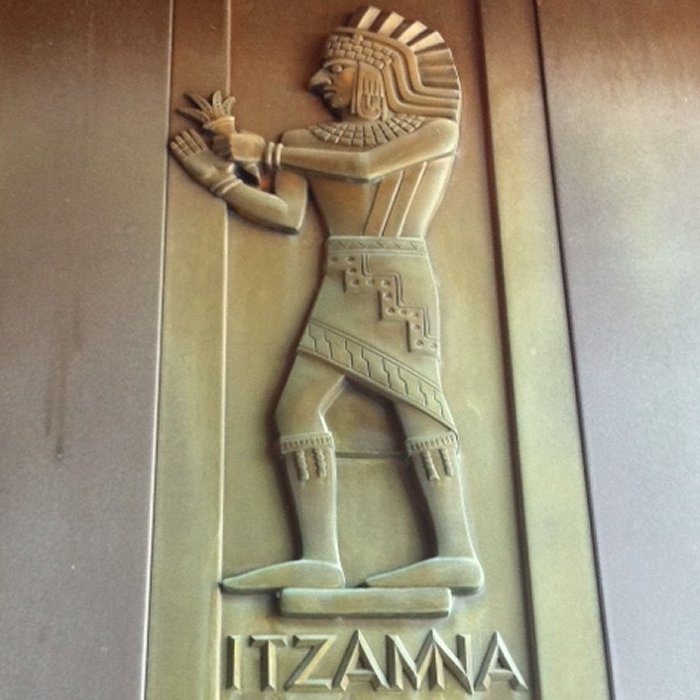 Our earlier article was devoted to the Bacabs, the four giant sons of Itzama.

Now it is time to present Azaes/Itzamna himself, the ninth king of Atlantis listed in Plato's “Critias”.

As it was recorded in the chronicles, Itzamna arrived from the east with a group of the “Atlantean culture-bearers”. He founded the Maya city Chichen Itza and as the bringer of culture to his people, Itzamna became the national god of the Maya.

Itzamna possessed many different aspects. He was addressed as “Lord of the Night and the Heavens”, was responsible for rainfall, taught people to dig irrigation canals, and invented for them books and writing. His priests taught the use of herbs to treat people. His wife, Ix Chel was the goddess of medicine, childbirth and weaving.

Bolivia And The Mystery Of The Twins Of Atlantis

Itzamna was presented differently: as the dominant monarch, writer, old man with large square eyes and a hooked nose, and sometimes as a great celestial serpent. On the Maya ceremonial vessels, he was depicted as the king sitting on the throne before other gods. 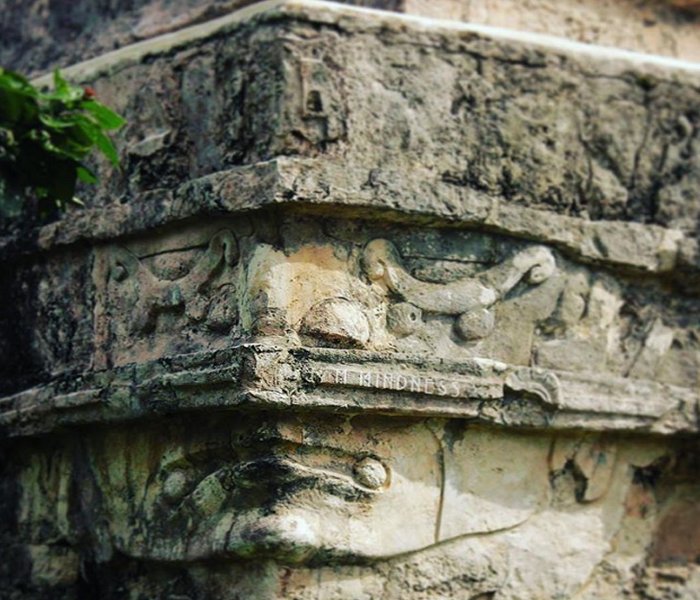 Face of the God of Creation, Itzamna, carved into the wall of a temple, Tulum, Mexico

Itzamna, seems to have been associated with the Maya sun god, Ahau Kin ("Lord of the Sun Face"). The images of the two deities have many similarities.

Often called Yaxkokahmut, ‘lord of knowledge’, he was identified with the sun-god, he was also lord of the east and the west.

Itzamna was the master of heaven, who, according to beliefs, "lived in clouds".

He appeared as an old man, whose body was decorated with the symbols of planets and the astronomical signs. At the same time, this god was considered a kind of two-headed dragon. It is worth mentioning that dragons roaming the sky were a frequent motif of myths and legends among ancient people of China, Babylonia, Tibet, India and ancient Egypt.

“Portrayed as a fair-skinned, bearded figure among the beardless natives, his title was “The First One.” He holds up the sky in the temple art of Yucatan’s foremost Maya ceremonial center, Chichen Itza, which was named after him and his descendants, the Itzas,” wrote Frank Joseph in “The Atlantis Encyclopedia”

“Chichen Itza is particularly noted for its Atlantean statuary and sculpted relief. Azaes-Itzamna was probably a real colonizer from Atlantis, who established his allied kingdom, which eventually took his name.”

"History of the discovery and conquest of Yucatan" Juan Francisco Molina Solís.

Thompson J. E. S. The Bacabs: Their Portraits and Their Glyphs