Ellen Lloyd - Ancient Pages.com - One of the most remarkable Christian relics is a sealed glass ampoule that contains the blood of St. Januarius.

It’s a sacred Christian object that often causes a lot of attention. For some unknown reason, the black mass sometimes fails to liquefy and this is regarded as a bad omen. It is said that when the blood fails to liquefy, something tragic will happen to the city of Naples that year. 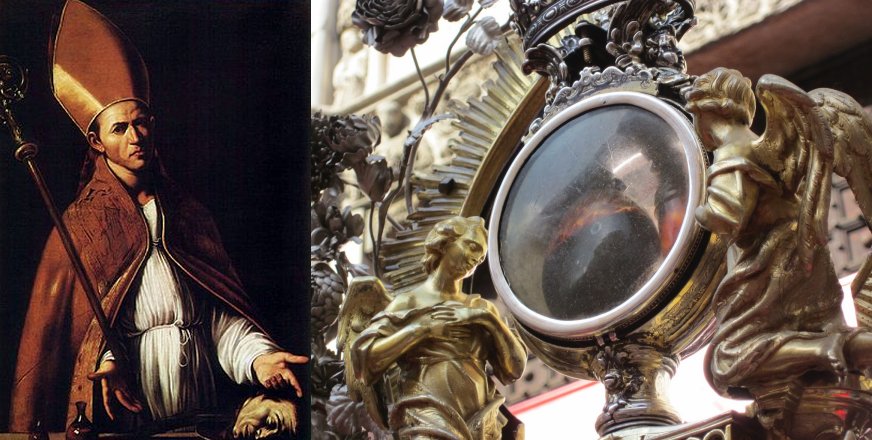 Who Was St. Januarius?

St. Januarius is venerated figure among the Neopolitans, and the annual celebration and viewing of the miracle is a highly significant and prophetic event.

Bon in Italy during the 3rd century, St. Januarius was declared a martyr and saint of the Roman Catholic and the Eastern Orthodox Churches. We possess very little information about his life, but we know he was bishop of Benevento during the Emperor Diocletion persecution. 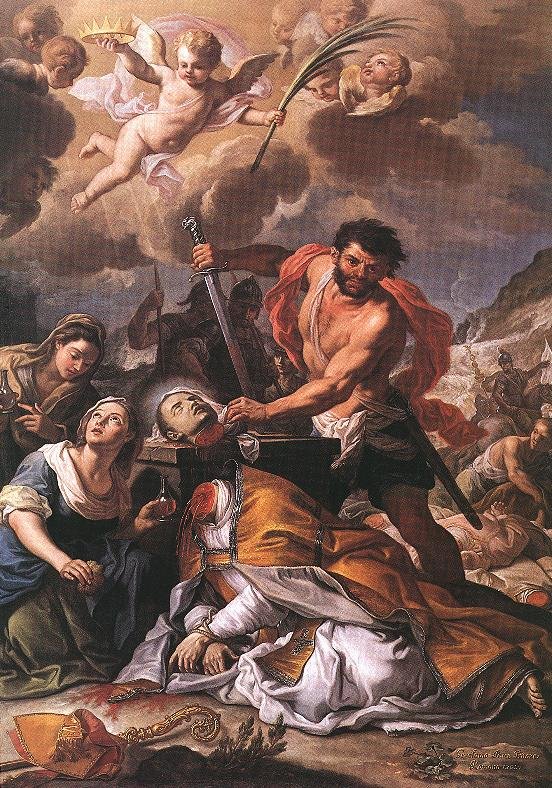 According to legend, Januarius became a priest when he was only 15 years. These were dangerous times for Christians. Living in a pagan society many believers feared for their lives. When Januarius was 20 he became bishop and during the 1 1⁄2-year-long persecution of Christians by Emperor Diocletian, bishop Januarius and his Christian followers managed to avoid being caught. ‘

However, while visiting two deacons and two laymen in prison, bishop Januarius was arrested and sentenced to death. There are two versions of how he died. According to some stories, bishop Januarius and his colleagues were condemned to be thrown to wild bears in the Flavian Amphitheater at Pozzuoli.

Mesha Stele: One Of The Most Valuable Biblical Artifacts

Due to fear of public disturbances, the sentenced was changed and they were instead beheaded at the Solfatara crater near Pozzuoli. One legend tells, these Christian men were thrown to the wild beasts, but when the animals did not attack them, they were beheaded instead.

Today, the feast of St. Januarius is held on September 19 and he is patron of blood banks. Although the city of Naples has more than fifty official patron saints, its principal patron is Saint Januarius.

Mystery Of The Ampoule Containing The Blood Of St. Januarius

The most remarkable part of St. Januarius’ history concerns his blood. According to an ancient legend, a woman by the name Eusebia saved his blood shortly after he died. His blood today is kept in a sealed glass ampoule in Naples Cathedral and traditionally liquefies three times a year: on September 19, December 16 and the Saturday before the first Sunday of May.

Thousands of people gather to witness the miracle because it is believed that the failure of the saint's blood to liquefy is associated with disastrous events.

Many people of Naples are concerned and remember the blood remaining solid a be a premonition of evil.

The same things happened in 1980, when an earthquake hit South Italy; 1973, when Naples endured an outbreak of cholera; 1939, when World War II began; 1940, when Italy joined the War and 1943, when Italy was occupied by the Nazis. 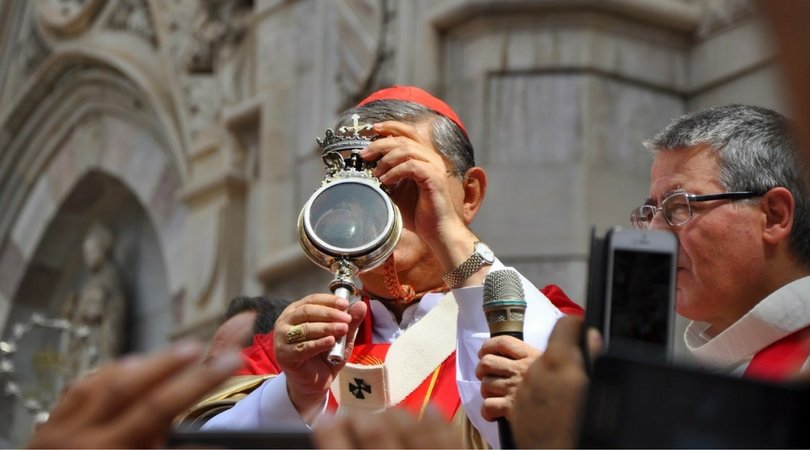 Blood of St. Januarius is kept in  a sealed glass ampoule.

However, the blood is also said to spontaneously liquefy at certain other times, such as papal visits. Putting faith aside for a brief moment, we have right to wonder whether there is a scientific explanation as to why liquefaction sometimes takes place almost immediately and sometimes not at all.

This is the greatest problem because while the Catholic Church has always supported the celebrations, it has never formulated an official statement on the phenomenon and maintains a neutral stance about scientific investigations.

The blood of St Januarius is a sacred Christian relic that is kept in a vault and access and scientific studies are denied because of fear that examination of this sacred blood may cause irreparable damage.

On feast days, all relics, including St. Januarius’ blood are taken in procession from the cathedral to the Monastery of Santa Chiara, where the archbishop holds the reliquary up and tilts it to show that the contents are solid, and places it on the high altar next to the saint's other relics.

Even though a few early scientific studies were conducted, the results did not provide satisfactory explanation to the blood’s unusual behavior.

In more recent times, scientists have suggested that blood vial contains a thixotropic gel that changes in viscosity when someone moves or stirs it. Another theory is that the vials do not contain blood at all but hydrated iron oxide which resembles blood.

Currently, the blood of St. Januarius remains a mystery and scientists have yet to find a cause for the blood liquefying, but most researchers have ruled out the possibility the relic is a fraud.