A. Sutherland - AncientPages.com - The map of Madaba is the oldest known and still existing mosaic map of the Holy Lands.

This beautiful and colorful piece of work of ancient artists (or perhaps cartographers) who had both skills and biblical knowledge, shows very accurate locations of the area from Tyre in the north to the Egyptian Delta in the south, with all mountains, rivers and the major cities. 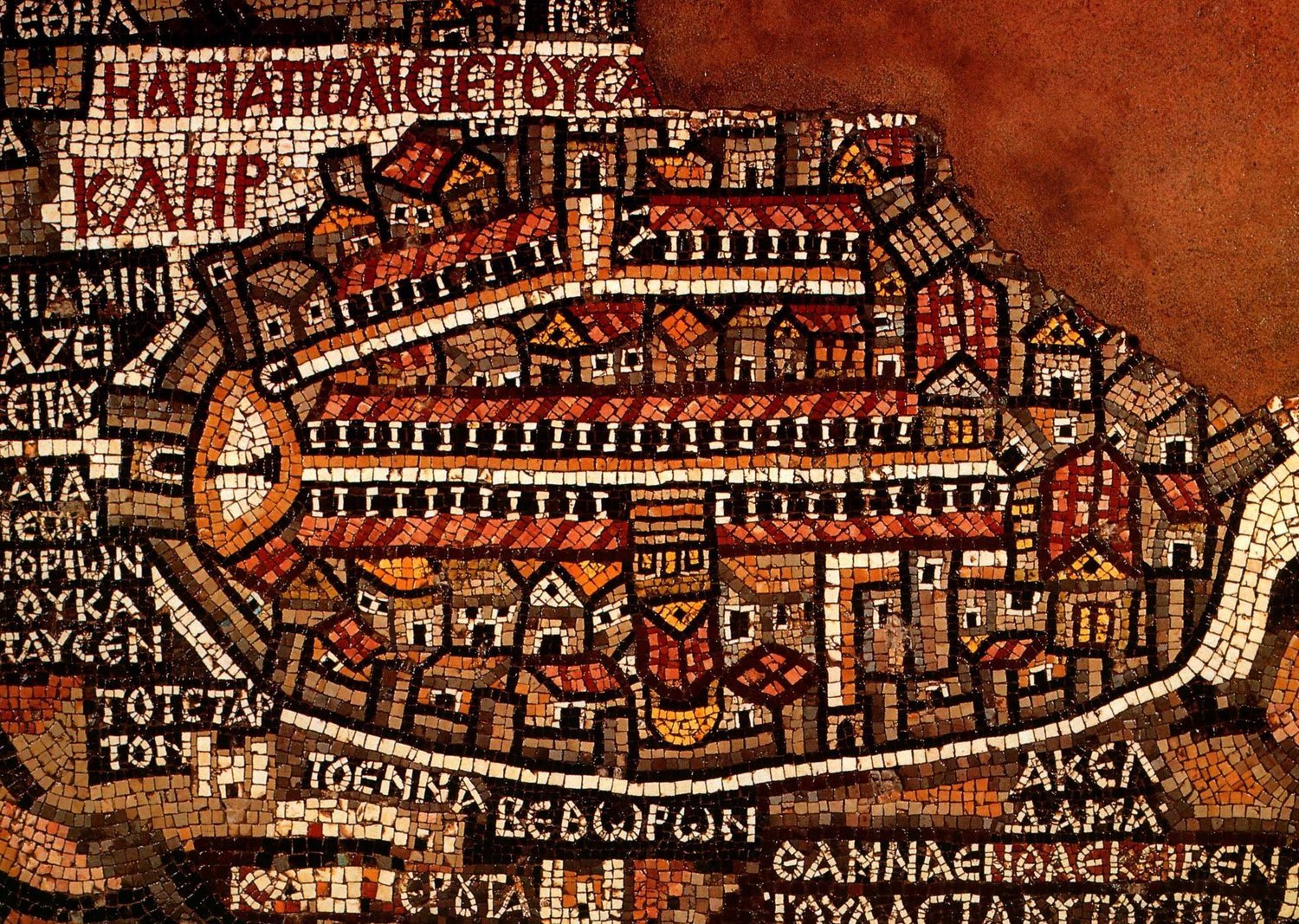 Fragment that depicts Jerusalem. Walls are visible around the big cities, including Jerusalem, Jericho, and Ashdod. Jerusalem is the focus of the map. The Madaba Map Centenary, 1897-1997

The map, which was created between 542 and 570,  can be found on the floor of the Basilica of St. George in the city of Madaba (or “the city of mosaics” ) in Jordan, just 15 miles southeast of the northern part of the Dead Sea.

The history of Madaba (mentioned several times in the Bible and on the Mesha Stele) goes back thousands of years and the first settlements were created there in the 4th millennium BC. At the time of the Exodus and conquest, 1406 BC, Madaba and Mt. Nebo were part of the territory of Moab. (Isa 15:2; Num 36:1; Deut 32:49.)

Taken by the Amorite king Sihon, which happened shortly before Joshua’s conquest of Canaan, the Israelites passed through, took  the city of Madaba and conquered Sihon. 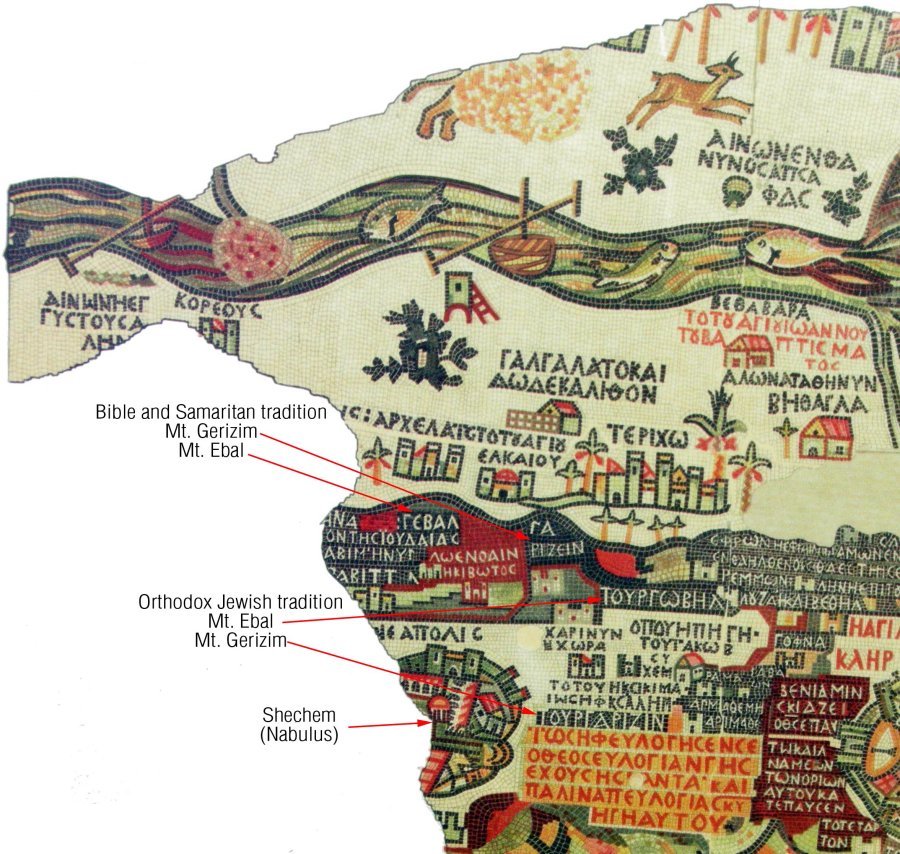 According to 1 Maccabees 9:32-42 ,  Madaba was inhabited by a Nabataean tribe, the sons of Jambri or Iamri, in the 2nd century BC.

Madaba had a long and turbulent history of being constantly captured by one enemy or another and passed back and forth from one conqueror to another.

Mesha Stele: One Of The Most Valuable Biblical Artifacts 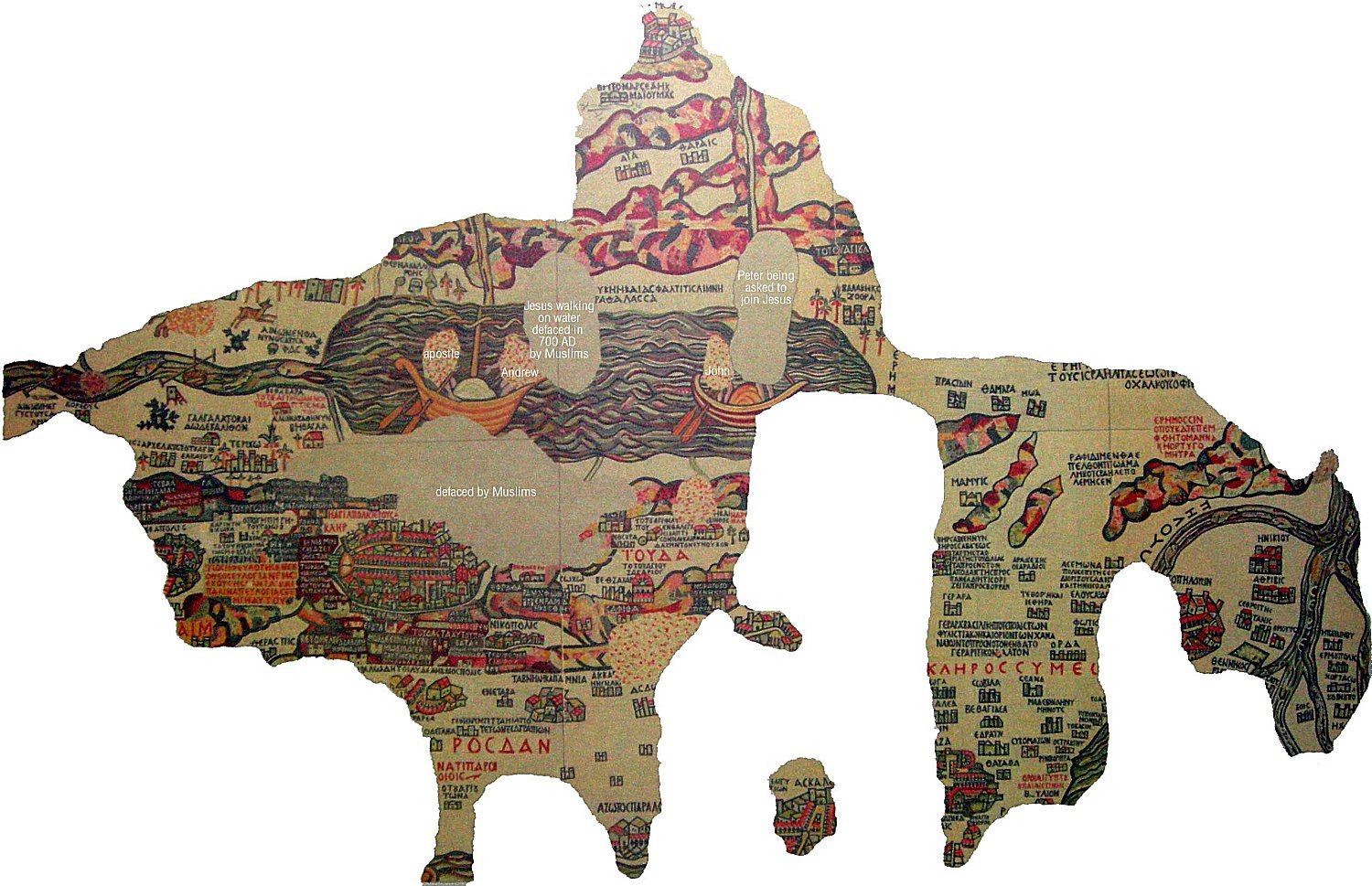 Madaba Map is considered by some scholars to be the best topographic representation ever done before modern cartography. Image credit: bible.ca

The most detailed element of the topographic depiction is Jerusalem located at the centre of the map. The anonymous artist accurately portrayed the old buildings of Jerusalem’s Old Town, its gates as well as some buildings, such as the Basilica of the Holy Sepulcher, Gethsemane and the Citadel of David.

Archaeological excavations conducted in 2010 further substantiated its accuracy with the discovery of a road depicted in the map that runs through the center of Jerusalem. 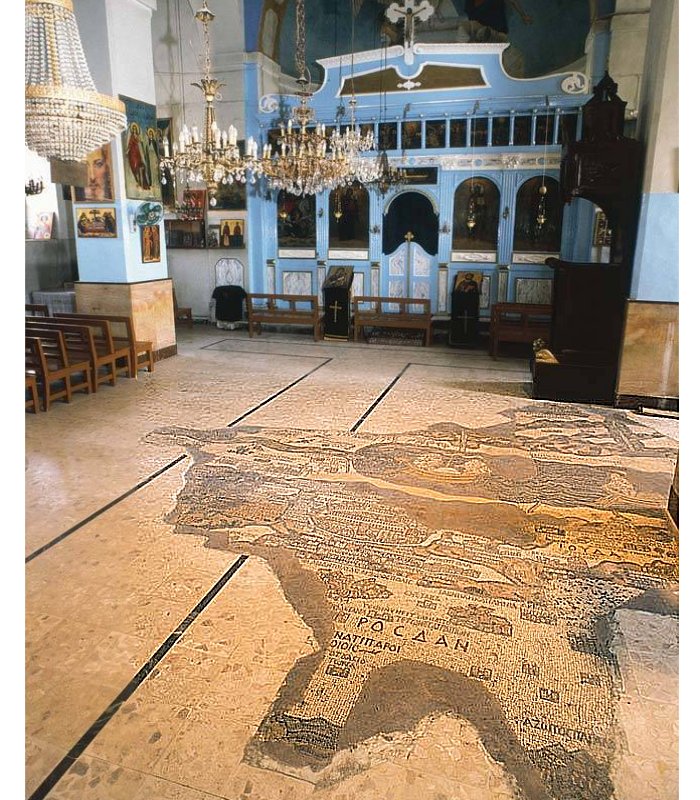 Madaba Mosaic Map on the floor of the Basilica of St. George in the "city of  of mosaics”  in Jordan.

There are also clearly depictions of the Dead Sea, the bridges connecting the banks of the Jordan, river fish and lions hunting gazelles on the Moab steppes, as well as cities, such as the Jericho palms and sacred places of Christians such as Bethlehem.

All objects shown on the map are described in Greek. In 1965-1966, the map was rediscovered and described by German archaeologists.