A. Sutherland - AncientPages.com - The Valley Temple at Giza, which is usually ascribed to the  Pharaoh Chephren (2520-2494 BC) is a remarkable and mostly unusual ancient structure.

The lack of inscriptions strongly suggests that it was built before the use of hieroglyphics in Egypt. All original obelisks of gigantic size created as single stone monuments were also created without hieroglyphs. 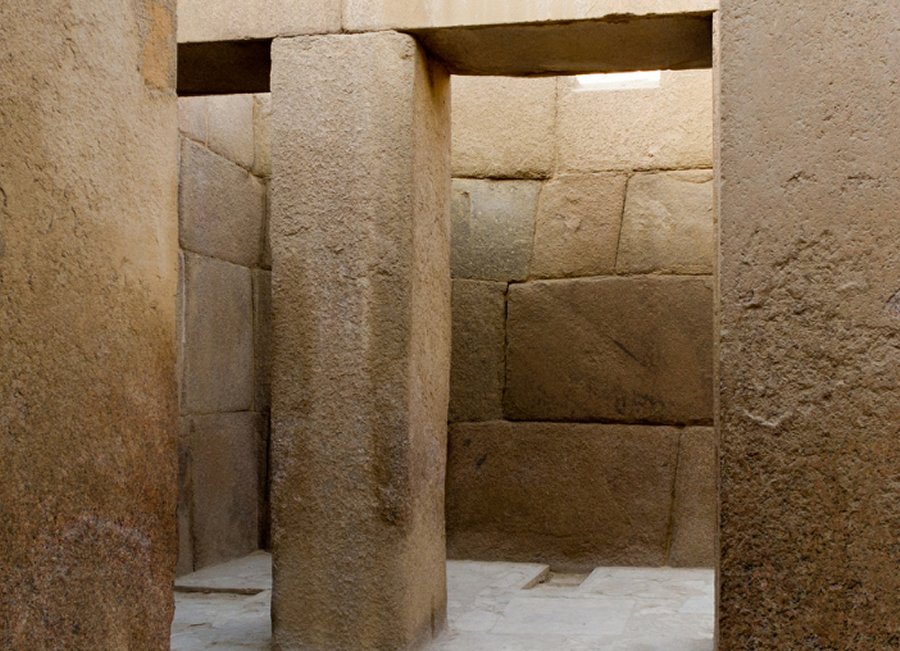 “The Egyptians always engraved hieroglyphics and decorations into any of their architecture. The only exceptions are those buildings, such as Great Pyramid, the Osirion, and the Valley Temple of the Sphinx, that are thought by many archaeologists now to be older than other structures,” D. H. Childress, “Technology of the Gods”.

The Valley Temple was constructed of huge granite and limestone blocks. These blocks are perfectly fitted together in a jigsaw pattern that interlocks the blocks. 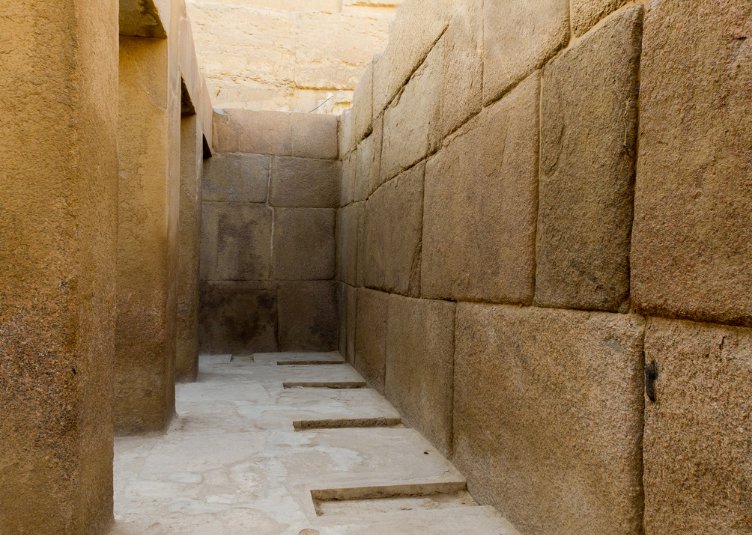 Valley Temple at Giza, Egypt - Even today there are only a few cranes large enough to lift and maneuver such weights. Image source:

“What makes the Valley Temple so remarkable is the sheer size of the stones used in construction and the incredible number of them. Not content with using hundreds of 200-ton blocks of limestone, the builders of the Valley Temple had also managed to lift these huge stones to heights of over 40 feet!

Sacsayhuamán – Was It Built By ‘Demons’ Or Viracocha The Bearded God?

To give some kind of perspective, the largest sarsen stones at the famous Stonehenge in Southern England weigh a mere 50 tons, and they were not lifted to anywhere near these heights. The engineering logistics are simply incredible. 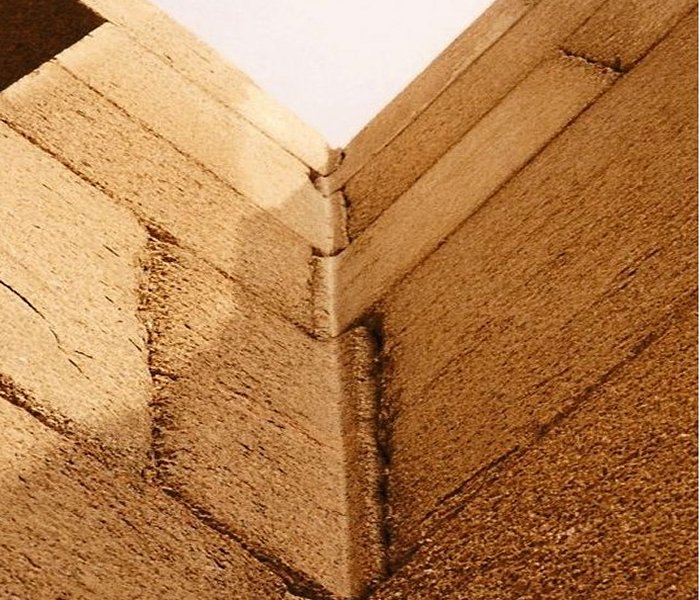 A corner was not created by the staggering of two different sizes of blocks, instead the corners of the Valley Temple were built into the blocks themselves and alternated between the adjoining walls.

A block of limestone this size weighs as much as 300 automobiles! Even today there are only a  few cranes large enough to lift and maneuver such weights and these are  “gantry”  cranes  made of structural steel and powered by massive electric motors.

To build something like the Valley Temple, such a crane would have to be mobile, rolling on steel tracks built into an enormous base of re-enforced concrete..." (Graham Hancock, “The Message of the Sphinx”)

Undoubtedly, this type of construction testifies to the engineering skills of the builders and it also remind us about other ancient megalithic structures, corresponding in appearance to the Valley Temple at Giza.

The remains of them are found at Sacsayhuaman, Cuzco, Ollantaytambo and even Machu Picchu.

Childress, D. Hatcher. Technology of the Gods: The Incredible Sciences of the Ancients

Hancock Graham.“The Message of the Sphinx”