A. Sutherland - AncientPages.com - The Minoans appeared to have possessed remarkable technologies; one of them was the creation of tiny, wonderful seals, which were skillfully carved out of soft stones, ivory, or bone.

Many such seals have been unearthed on Crete and more than 6,500 of them, stamped with more than 600 different and sophisticated designs, have been discovered at Phaistos. 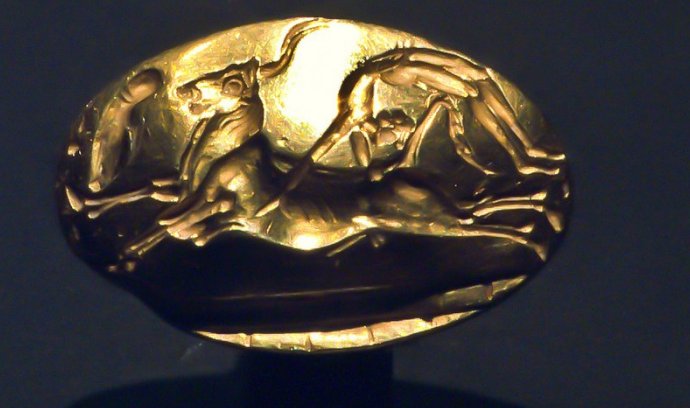 Researchers have long wondered about technologies used by the ancient people. How, for example, did they make these tiny, microscopic engravings?

In her "Catalogue of Engraved Gems" Gisela Richter writes that the technique of gem engraving was known to the Minoans.

"It is important to know that only soft stones and metals can be worked for freehand with cutting tools; the harder stones require the wheel technique," she writes in her book.

This technique was known to the Minoans "who learned it perhaps from the Babylonians, by whom it was practiced at least as early as 1500 BC. 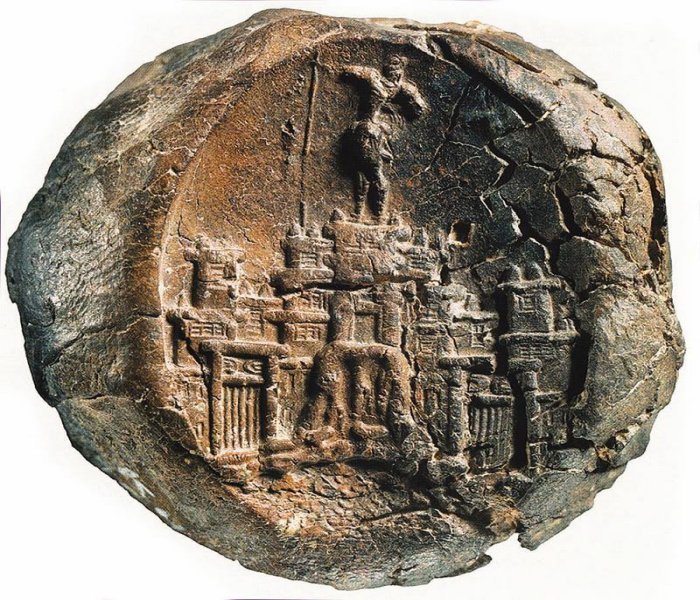 The Minoan object called "The Master's Seal" depicts a multistore building complex above the hill of Kasteli and a figure of a young man, perhaps a worshiper. Chania of Crete - 1600 BC. Image via Swedish Institute of Athens.

In "Selected Writings and a Bibliography," A. Hyatt Mayor writes that "the ancients knew and used the phenomenon of magnification…"

No doubt, in order to carve very small objects required special tools or at least one tool to magnify the surface with which the carver worked, especially if this surface was almost microscopic or "as tiny as a baby's thumb-nail." 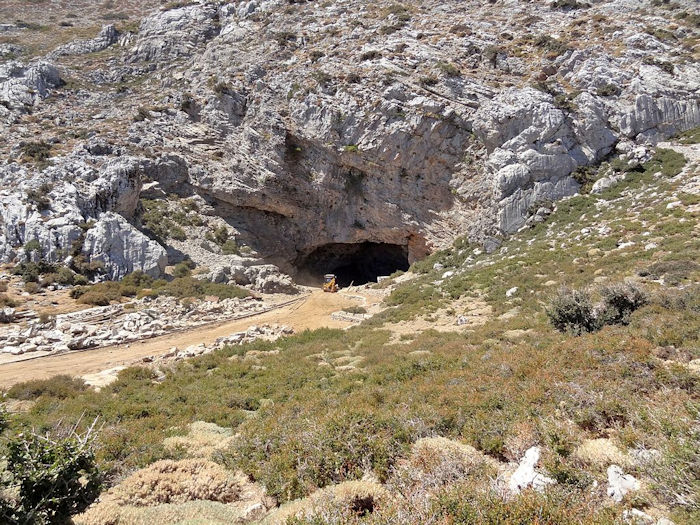 At the entrance to the Ideon Cave can be seen the altar cut in the rock. Credit: Olaf Tausch - CC BY 3.0

"About 1600 BC, the Minoans invented seals of a double convex shape – the so-called lentoid gems that look like pills an inch or less across and half as thick. Before engraving the design on one side, both sides were probably polished…"

"When a Minoan craftsman polished a lentoid blank…, he had in his hand as good a short-focus lens as the man was to possess until Galileo's time…" (A. Hyatt Mayor).

The Minoans most probably used a great variety of magnifiers for their microscopic craftsmanship.

For example, in Minoan Crete, seals have been found with a complex carving on lentoid stones. The lentoid shape was one of the most commonly recovered seal shapes from Minoan Knossos on Crete dating to the Bronze Age.

In his book "The Lost Empire of Atlantis: History's Greatest Mystery Revealed", Gavin Menzies writes that "one lens found on Crete can magnify up to seven times with perfect clarity…and many of the lenses had been discovered hidden in a sacred cave, known as 'the Idaion cave' (or "Ideon Andron") located on Mount Ida, the highest mountain in Crete, slightly northwest of Kamares, above the barren plateau of Nida.

It is one of the greatest cave sanctuaries in Crete, as important as the major Greek temples. It flourished in antiquity (4000 BC to the 1st century AD).

The Ideon Cave was famous for being where Zeus, the Father of the Gods, was born and grew up….

This cave may have also held a secret of enigmatic seals of Crete and perhaps we can wonder as Menzies does:

"What the Minoans have written on them? Were they navigation instructions? Were they maps of the stars or perhaps only ownership details? Some of the minutely inscribed seals seemed to show stellar constellations, like Orion…"