A. Sutherland - AncientPages.com - The indigenous peoples of the Pacific Northwest Coast
have a very complex structure of kinship, which is demonstrated in a great variety of carvings on totem poles. The word 'totem' is derived from the Ojibwe (Chippewa) word 'odoodem' meaning "his kinship group". 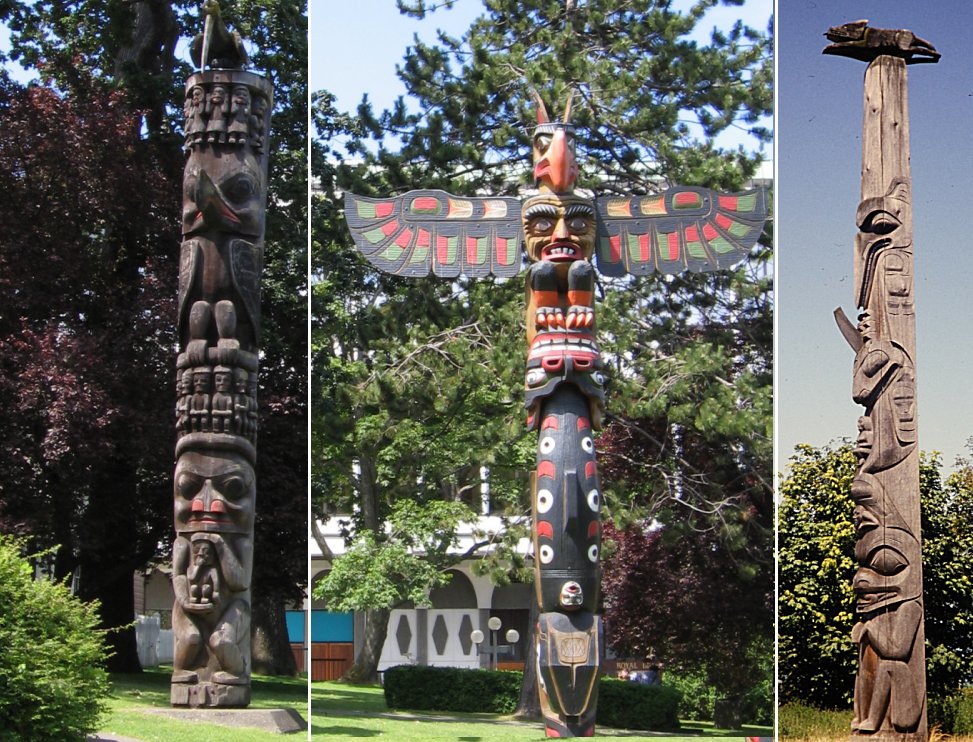 Carvings on the totem poles included birds, fish, animals, insects, plants, and humans, but also other animals – shapeshifters  - that could transform themselves into another form and supernatural beings such as the Thunderbird, which was sent by the Gods to protect humans from evil.

Thunderbird, a mighty and gigantic creature is one of the most powerful of all spirits and it can be seen on many poles. Thunderbird is known to suddenly swoop down from the sky to capture a whale in his strong talons, then it flies off to the mountains to eat it. The bird's blinking eyes send lightning flashes and thunder rolls are coming from its wing beat. This creature is often carved with outstretched or uplifted enormous wings atop many totem poles but not all.

The Haida often place three watchmen on top of their totems. The old Haida villages were always guarded against attack by a watchman, distinguished by wearing a conical-shaped hat made from cedar bark. 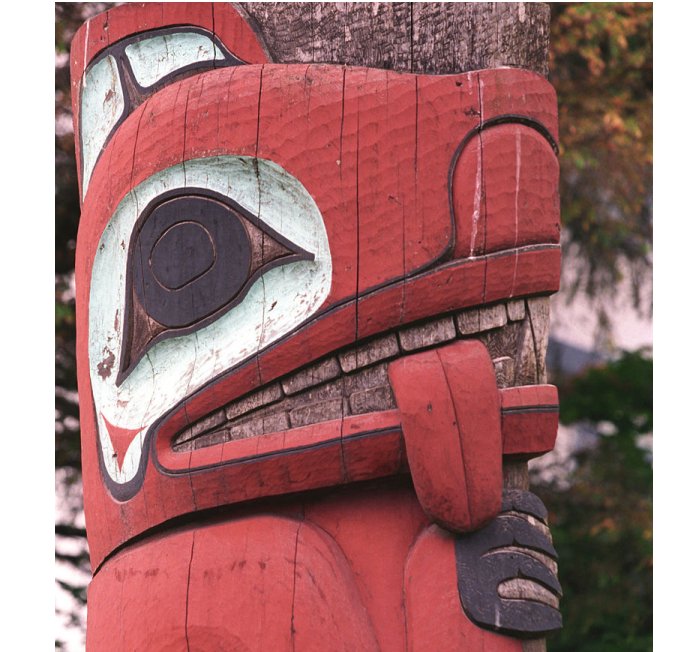 Many Haida totems (even contemporary ones) are topped with carved watchmen who stand guard.

Totem poles had never been religious objects of worship but a way to express a family pride, ancestry, and the social rank of the family or pass down myths of great importance to future generations.

The animals, beings, and symbols carved on totem poles were symbols of tribe, family, clan, or a person.

They also had a mythological significance as representations of the "World Tree", a pole that holds up the sky".

An interesting type of pole was the so-called "shame pole", carved for a chief, who wanted to ridicule or shame another person, usually his rival. The shame pole was standing in a public place and functioned as a form of public ridicule. When restitution was made, the carving came down.

The tradition of the totem poles extended from the southeast corners of Alaska southward through the Canadian coastal province of British Columbia. It even reached Puget Sound located in Western Washington State.

The totem poles could be read like a book, full of history and legends of tribes, continuously passed on from one generation to another. These stories involved animals, birds, and symbols.

Some told of events that happened to a clan, others were devoted to the history of a family. The tradition of mortuary poles for people of high rank, usually carved with crests of the deceased, was practiced by the Tlingit and Haida tribes. 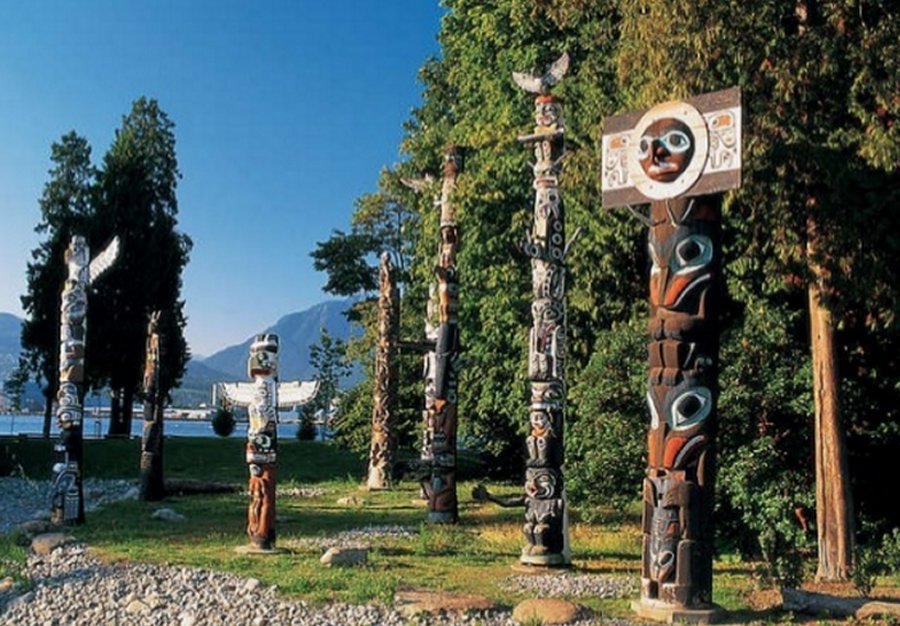 The Native Americans of the northwest coast have a very complex structure of kinship, which is demonstrated in a great variety of the carvings on totem poles.

Native Americans considered it a great honor to possess a totem pole. The important families of the tribe were divided into totemic groups with different house totem poles.

According to Native Americans' beliefs, a person is associated with an ‘animal-guide’, that gives wisdom, guides a person both spiritually and physically, and helps to make important life decisions. People named themselves after an ancestor, who in one of the hero legends had a special relationship with an animal carved on the totem.

For example, there were Bear people with bear symbols on their houses and clothing and several others like Cannibal Spirit people, Beaver people Killer Whale people, Salmon people.

The totem poles were carved out of gigantic red cedar trees (“Thuja plicata“), found mainly on the Pacific Northwest Coast of North America.  Sometimes, the totem poles were even 60 feet high and could take up to three years to carve and paint in black, red, blue, green, and white colors made from mixing of clay, copper, berries, shells, and bark.

The totem poles were historical monuments with great social meaning. They preserved ancient customs and helped to keep the memory of the old stories and old beliefs. They have long kept the tradition of the Native American tribes - alive.