Ellen Lloyd - AncientPages.com - The story behind the construction of the temple is in some ways just as remarkable as the temples themselves. For a long time, not even the Italian government was aware of the temples' existence.

This is place where legend, mysticism and beauty meet and the people who had the privilege to visit the temples were astonished by their magnificence. 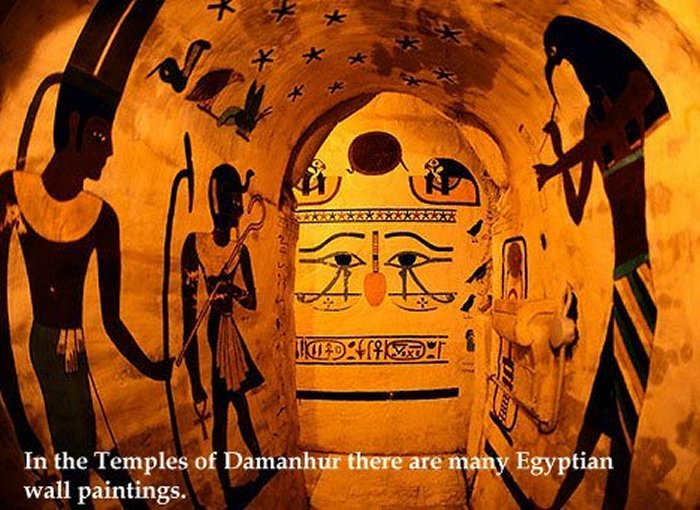 Located in the Alps of Northern Italy, not far ancient city of Turin there is the valley of Valchiusella. Beneath a modest house located on a hillside, 100ft down and hidden from public view, lies a huge subterranean complex called the 'Temples of Damanhur' the City of Light. The underground palace is not a legacy from an unknown lost civilization, but a work of modern time.

It all started back in the 1960s when a small boy by the name of Oberto Airaudi, according to himself began experiencing visions of gorgeous hallways and sanctuaries.

He interpreted the images as visions of what he believed to be a past life, in which there were amazing temples. 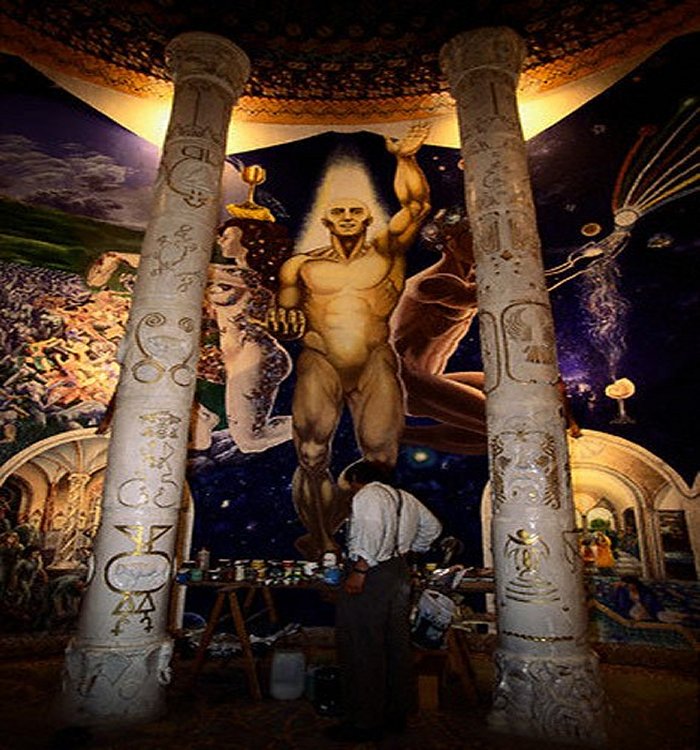 Oberto Airaudi believed that the temples were home to a highly evolved people who enjoyed an idyllic existence in which everyone worked for the common good.

As a small child he spent his time digging holes in his parent's yard to learn the principles of excavation. Later, as an adult he decided to turn the fascinating images in his mind into reality.

In 1977, he selected a remote hillside where he felt the hard rock would sustain the structures he had in mind. At this time, Oberto Airaudi became more eccentric.

He changed his name to "Falco" and declared that he could travel in his mind to any place in the world to study the architecture of any building he chose.

Together with a small group of trusted friends, Falco started to build a subterranean complex. "My goal was to recreate the temples from my visions", he said.

Soon he was also joined with like-minded people from around the world. They shared his ideals. Using hammers and picks, they began their dig to create the temples of Damanhur, named after the ancient subterranean Egyptian temple meaning City of Light - in August 1978. But no planning permission had been granted, and they had no choice thnn to keep the project secret from the local community.

For the next 16 years, he and his friends from around the world worked in four-hour shifts. They had no formal plans other than Falco's sketches and visions. They funded the entire project by setting up small businesses to serve the local community.

The work was slow but the result was impressive. The temples were constructed like a three-dimensional book, narrating the history of humanity. Decorative tunnels, several hundreds of metres linked together the temples. The entire subterranean complex occupied occupy almost 300,000 cubic feet. 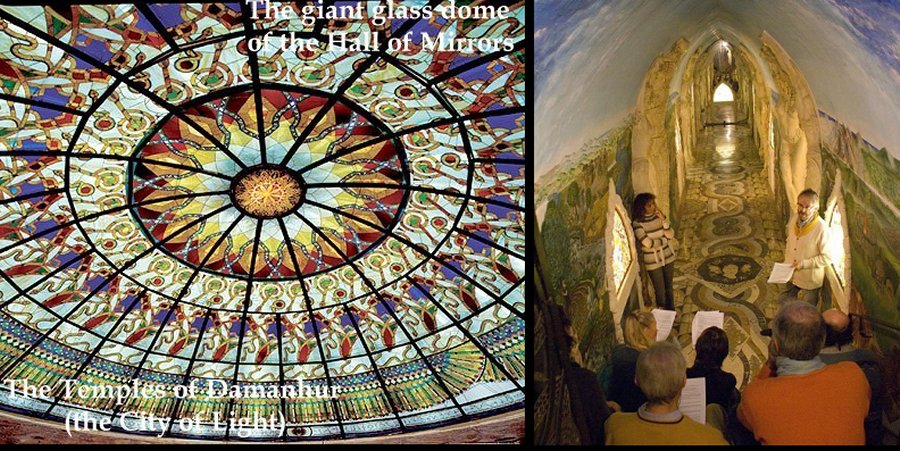 In 1991, many chambers were ready and they all had astonishing statues, mosaics, mural and secret doors.
The working team had not yet completed the project but the secret was soon going to be revealed…

When the police came the first time they were interested in alleged tax evasion. The temples had not yet been discovered.
But Oberto Airaudi and his colleagues were not so lucky the next time… One year later, the police returned and this time they demanded: "Show us these temples or we will dynamite the entire hillside."

Oberto Airaudi and his team had no other option than to reveal all the secret temples they had been building for the last 16 years.
The policemen were stunned when they entered the subterranean chambers. The authorities decided to seize the temples on behalf of the government. 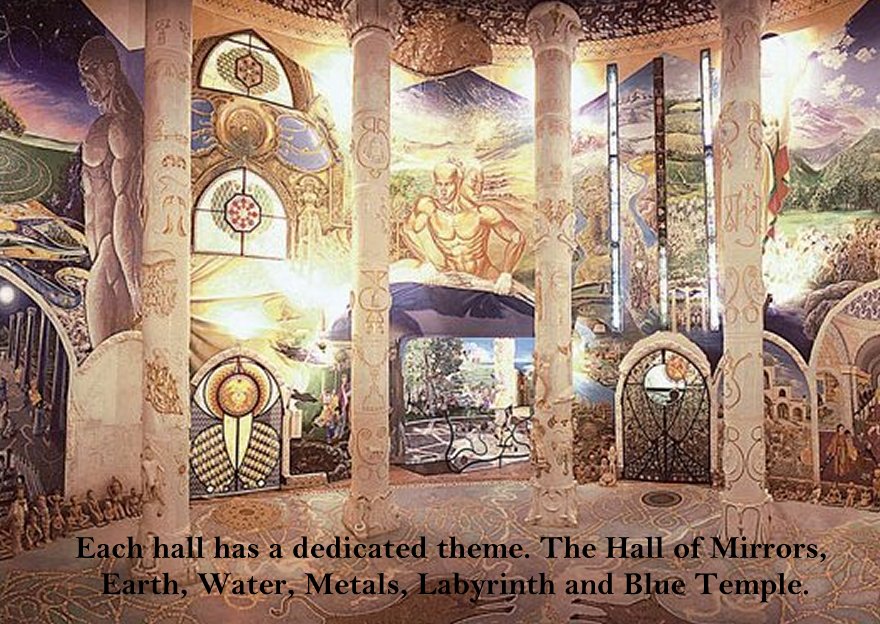 "By the time they had seen all of the chambers, we were told to continue with the artwork, but to cease further building, as we had not been granted planning permission," says Esperide Ananas, who has written a book called Damanhur, Temples Of Humankind.

Very few people have had the privilege to visit the temples of Damanhur, but those who have been inside say it is an experience for a lifetime.

Today the 'Damanhurians' even have their own university, schools, organic supermarkets, vineyards, farms, bakeries and award-winning eco homes. They do not worship a spiritual leader, though their temples have become the focus for group meditation.
They are to remind people that we are all capable of much more than we realize and that hidden treasures can be found within every one of us once you know how to access them," said Falco.

The temples of Damanhur (the City of Light) are a result of hard work by dedicated people mixed with a man's visions and creativity.