A. Sutherland - AncientPages.com - Among three prominent Tamil dynasties that ruled in Southern India, the Chola Dynasty, which ruled for four hundred years, is considered to be the most powerful and one of the longest ruling dynasties; two others were the Cheras and the Pandyas.

It is believed that the center of the Chola Empire was located in the valley of the sacred Kaveri River of southern India, but not much is known about the early Cholas until the rise of Vijayalaya Chola, a king of South India Thanjavur  (r. 850 – 870 CE) who founded the imperial Chola Empire. 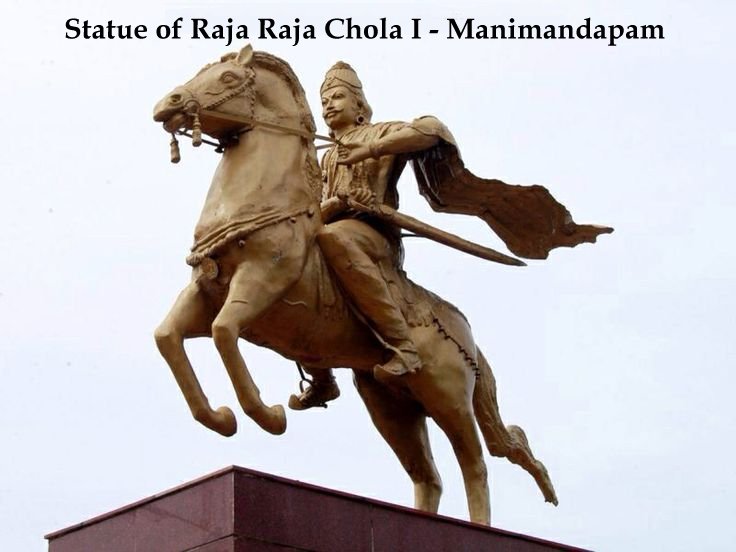 Statue of Raja Raja Chola I - Manimandapam. He was one the greatest emperors of the Tamil Chola Empire of India

There is a vast number of inscriptions that help to reconstruct the dynasty's later history, which is mentioned in the earliest historical documents known as Ashoka’s Rock Edicts II and XII, a collection of 33 inscriptions on the Pillars of Ashoka as well as boulders and cave walls made by the Emperor Ashoka of the Mauryan Empire during his reign from 269 BC to 232 BC.

The achievements of Vijayalaya Chola were recorded in stone inscriptions and copper-plate foundation documents. He initiated a great period in the history of southern India, which was later continued by other rulers of this dynasty. 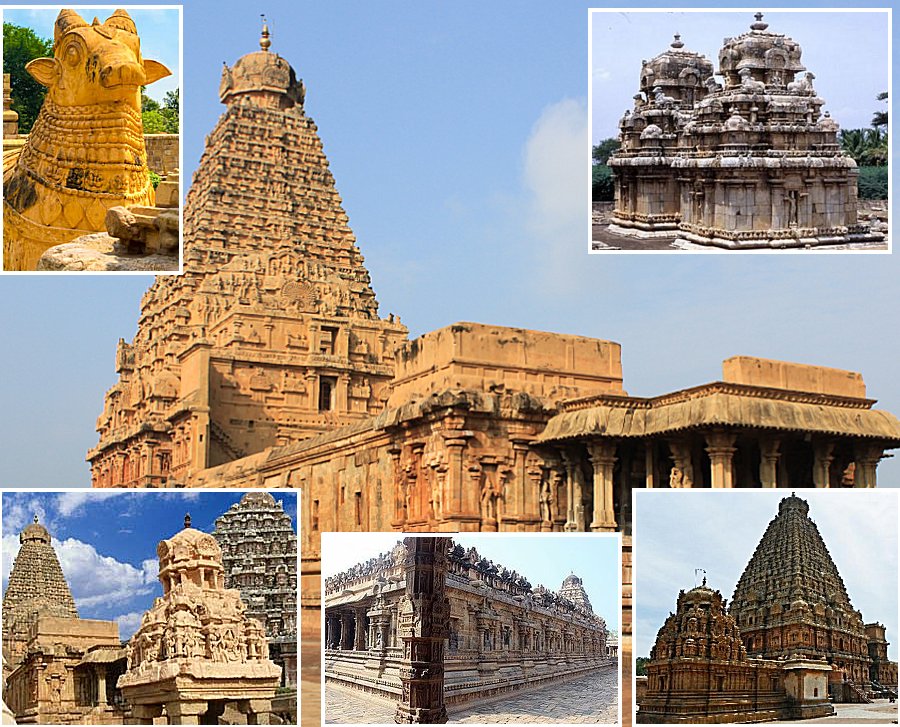 The temples were not only religious institutions but served as centers for economic and educational activities.

Another renowned ruler of the Chola Empire was Raja Raja Chola I (or Rajaraja Chola I, who ascended the throne in 985 and ruled until 1014. He was an efficient ruler, a great warrior and a great enthusiast of architecture.

He commissioned building of Brihadeshwara Hindu Temple dedicated to Shiva and located in Thanjavur in Tamil Nadu, southern India. Completed in 1010 AD, this magnificent temple in Dravidian style was the tallest (216 feet) building in India at the time. Its rich endowment included a huge gift of 60 bronzes of which 22 were given by the great King Rajaraja I.

The temple is now part of the UNESCO World Heritage Site known as the "Great Living Chola Temples".

Bronze sculpture was raised to its recognition between the ninth-thirteenth centuries by the imperial Chola dynasty, the patrons of art, literature and architecture.  Source

At their height (about the 9th century till the beginning of the 13th century), the Cholas ruled over much of southern India, extending their control to include Sri Lanka, the Maldives, parts of Indonesia and north up the coast of the Bay of Bengal to the Godavari basin (in the modern state of Andhra Pradesh.

The empire became very powerful politically, economically and culturally. Their kings developed agriculture and created a wide access to the thriving maritime trade routes, which included those of the Tang dynasty in China, Jewish traders in Aden, Yemen, and the Srivijaya Empire in the Malaysian archipelago. They developed strong trade links with China by sending their embassies. Ships of the Chola Empire carried goods from Africa and West Asia to China.

The Cholas also started a large construction project and focused their work on the Tamil arts and literature, and built numerous stone temple complexes richly decorated with depictions of Hindu gods. The Chola skilled master builders used very hard building material, charnockite and accomplished masterwork in short time. The temples were not only religious institutions but served as centers for economic and educational activities.

Many argue that magnificent bronze sculpture related to the Cholas is a masterwork that has never been equaled. The kings of this significantly elevated the art of bronze sculpture. Famous bronze masterwork was based on using the lost wax process. This ancient process was already established at the time the Chola kings came to power, but they additionally contributed to further development of the process and encouraged artists and bronze-smiths to work.

In the beginning of the 13th century, the Chola dynasty began to gradually decline until it was finally absorbed by the powerful Pandya kings.

However, the contribution of the Chola rulers to Tamil literature, art  and architecture has left a lasting and highly noticeable legacy throughout the region.

Malarvannan, A. The Life of Mahabalipuram