Tambora’s powerful eruption made the year 1816 without a summer as the global climate effects were felt. 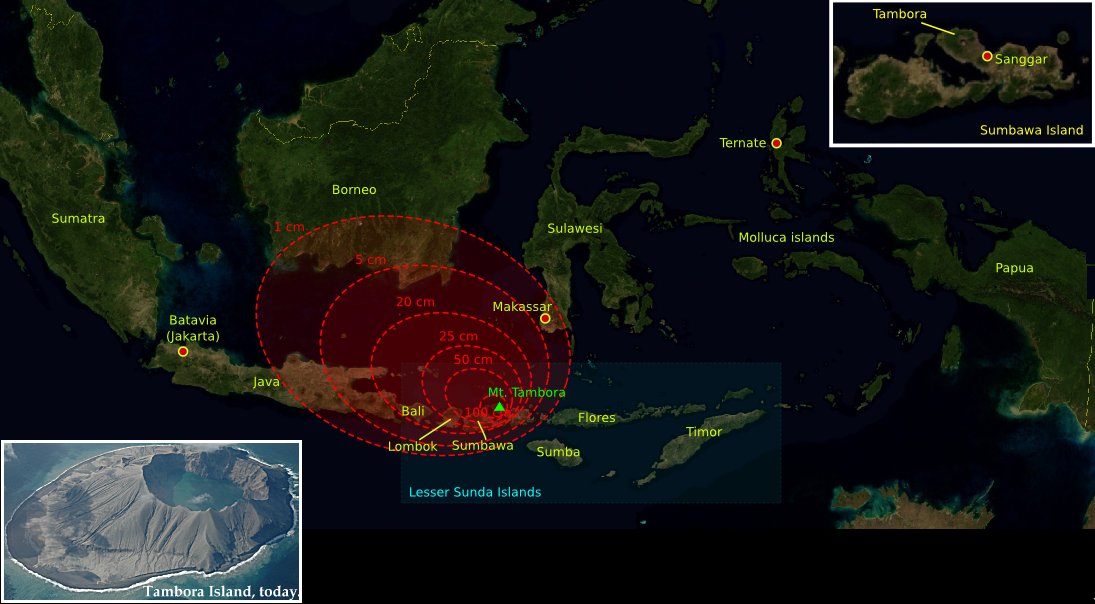 The 1815 Mount Tambora eruption. The red areas are maps of the thickness of volcanic ashfall. urce The base map was taken from NASA picture.

Between 26 and 43 cubic miles of material was discharged (a recorded world record), around 12 cubic miles of gases, dust and rock was blasted into the atmosphere.

100 cubic km of magma was erupted and ten thousand people were killed immediately from the pyroclastic flows and the eventual toll due to starvation and disease may have been as high as 117,000. 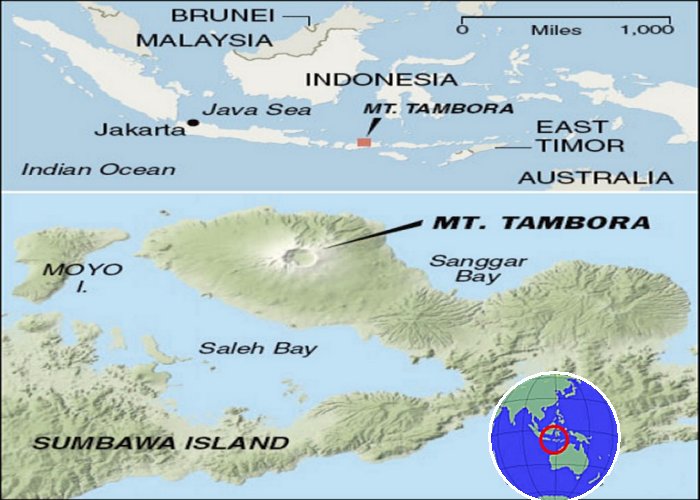 During its eruption, Mt. Tambora emitted so much sulfur into the atmosphere that sunlight was dimmed around the world, and global temperatures fell be approximately 2 degrees Fahrenheit (1 degree Celsius) for several years after the eruption began. Image via earthscope.org

The ground shook and sent tsunamis with a wave height of 10 m racing across the Java Sea. An estimated 10,000 of the island’s inhabitants died instantly.

The year 1816 was recorded as the "year without a summer". Most of crops were destroyed, and in North Europe and North America, about 100,000 people died for starvation as a consequence of this dangerous eruption.

Poisoning deposits buried all crops causing the agricultural devastation and death of the most of livestock in much of the Northern Hemisphere.