A. Sutherland - AncientPages.com - Sacsayhuamán is undoubtedly one of the most impressive and mysterious fortresses of the Andes.

The stonework of Sacsayhuamán was created by extremely skilled stonemasons and we can only wonder who they really were.

We have nothing but a true mystery, which seems to be impossible to solve.

Three gigantic, 1,500 feet long and 54 feet wide walls were once erected near the city of Cuzco, Peru, at an altitude of over 3600 m (12,000 feet). The walls surround a paved area containing a circular stone structure that could be a solar calendar and other structures both on surface and underground.

Enigma Of Ancient Upside Down Stairs At Sacsayhuamán

Was it a place of worship or a fortress? It is unknown. The period in which the walls were erected is also unclear.

Officially, the Killke culture (900 to 1200 AD) is credited for building Sacsayhuamán ; these people occupied the South American region around Cusco, Peru before the arrival of the Incas in the 13th century. 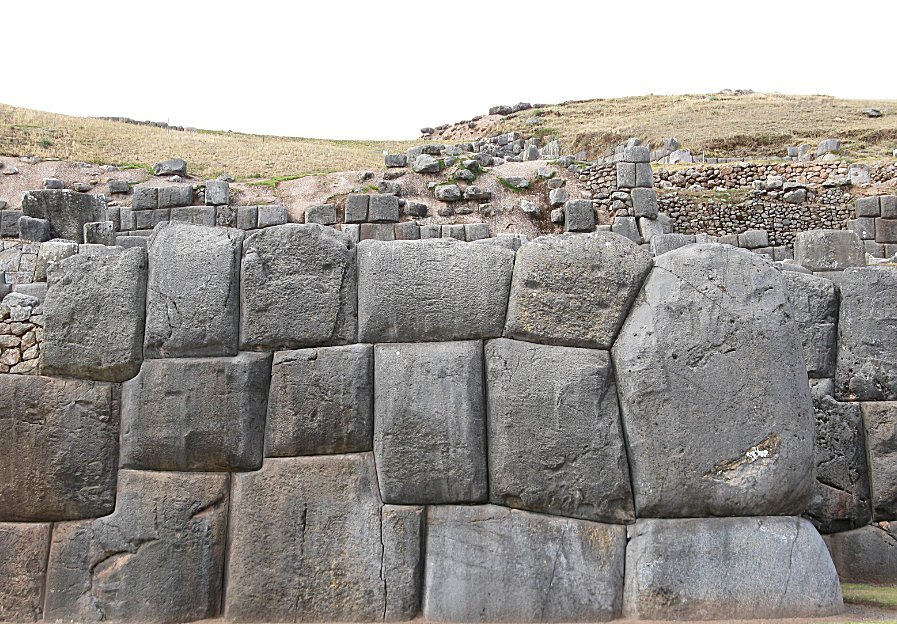 But as D. H. Childress points out in his book “Ancient Technology in Peru and Bolivia”

“Sacsayhuaman may still be hundreds or even thousands of years older than the Killke culture. There seems to be no reason why building in the Cuzco and Sacsayhuaman area would have only begun in 1100 AD when megalithic building had begun much earlier in other areas…”

Stonework of Sacsayhuamán is not the only enigma of this place. Another is a hidden 30,000 year-old writing found in the Sacsayhuamán Temple by Dr. Derek Cunningham, a published author and researcher. 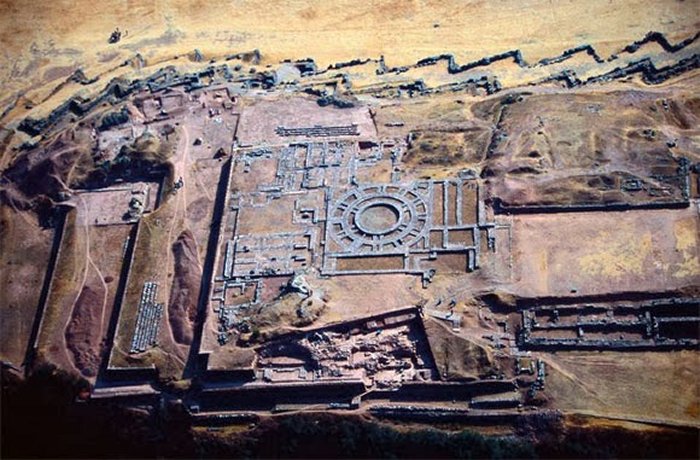 While studying how the massive stone blocks are connected revealing remarkable precision-fitting of stones, the researcher discovered that the Sacsayhuamán stone angles reveal something extraordinary.

As a result of his analysis, Cunningham presented a highly unorthodox theory that our ancient ancestors developed ‘writing’ at least 30,000 years ago from a geometrical form of text that is based on the motion of the moon and the sun.

According to the researcher, this mysterious astronomical ‘writing’ has been also found in prehistoric places on other continents.