AncientPages.com - On April 7, 451, Attila the Hun, who reigned 434-453 CE, captured and plundered the city of Metz - the Roman's stronghold. Without any opposition, he massacred the citizens, and then continued his new attacks on other cities in Gaul, which is today known as France.

Metz was first heard of about 1,200 BC. Later it became the major city of Roman Gaul and a well-fortified town perfectly located at the junction of several important military roads.

During his reign, Attila ("Little Father") was the leader of the nomadic people known as the Huns and ruler of the Hunnic Empire. 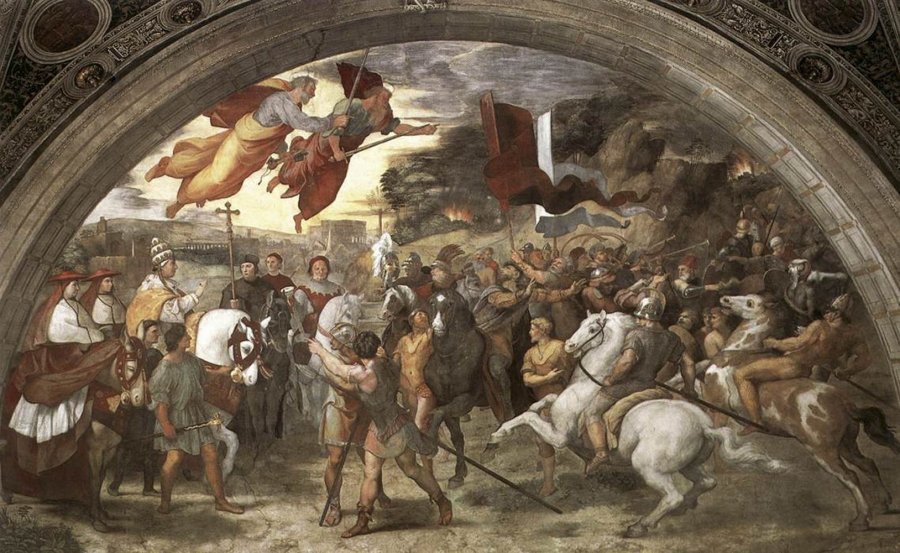 He was one of the most feared enemies of the Western and Eastern Roman Empires. His name was synonymous with terror among his enemies and the general populace of the territories that his armies swept through. Attila's incursions into the regions of Germania drove the populations across the borders of the Western Roman Empire and contributed to its decline in the late 5th century CE.

No general was especially eager to engage the Hun forces under Attila.
Attila's army used to appear suddenly as if from nowhere, leaving only destruction behind them.

It was impossible to establish an effective early-warning system.

He was finally met in a battle by the combined forces of the Romans under Flavius Aetius, who understood Hun strategy and tactics, and the Visigoths under Theodoric I (reigned 418-451 CE) on the Cataluanian Plains.
This engagement is known as the Battle of Cataluanian Fields or the Battle of Chalons and has been described as one of the bloodiest military conflicts in history and for the first time Attila's forces were halted in an invasion of Europe,
Although Attila had been stopped in his invasion, he had hardly been defeated.