Ellen Lloyd - Ancient Pages.com - Drinking horns were popular among many different ancient cultures. They were used by Scandinavians, Greeks, Romans, Thracians, Scythians, and people in Africa. People have been drinking from horns for at least 2,600 years. 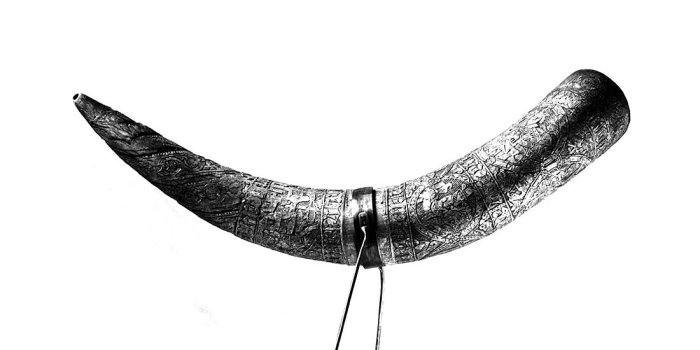 Drinking horns were status symbols and widely used as gifts, both in the Middle Ages and in the centuries after the Reformation. The picture shows one of the few drinking horns that have remained in Icelandic possession, called the "Three kings horn." It shows Saint Olav juxtaposed with Old Testament kings Solomon and David. Photo: National Museum of Iceland

During the Middle Ages, drinking horns were considered precious objects that had great symbolic value. Drinking horns had names and were a symbol of status. Medieval people believed the horns came from the foot or claw of the mythical griffin, a legendary creature portrayed as a mix between an eagle and a lion.

Due to their value, many drinking horns were stolen and ended up in princely cabinets.

"Mediaeval drinking horns are scattered in collections throughout northern Europe. They were coveted collectibles. Medieval art often remained in churches until it went out of fashion or was removed due to errors in iconography, whereas drinking horns ended up in princely collections and cabinets and have kept their status to the present day," says Associate Professor Margrethe Stang, from the Norwegian University of Science and Technology's (NTNU) Department of Art and Media Studies.

He was a martyr and became later declared a saint-king who wanted to free Norway from the domination of the Danes and the Swedes. 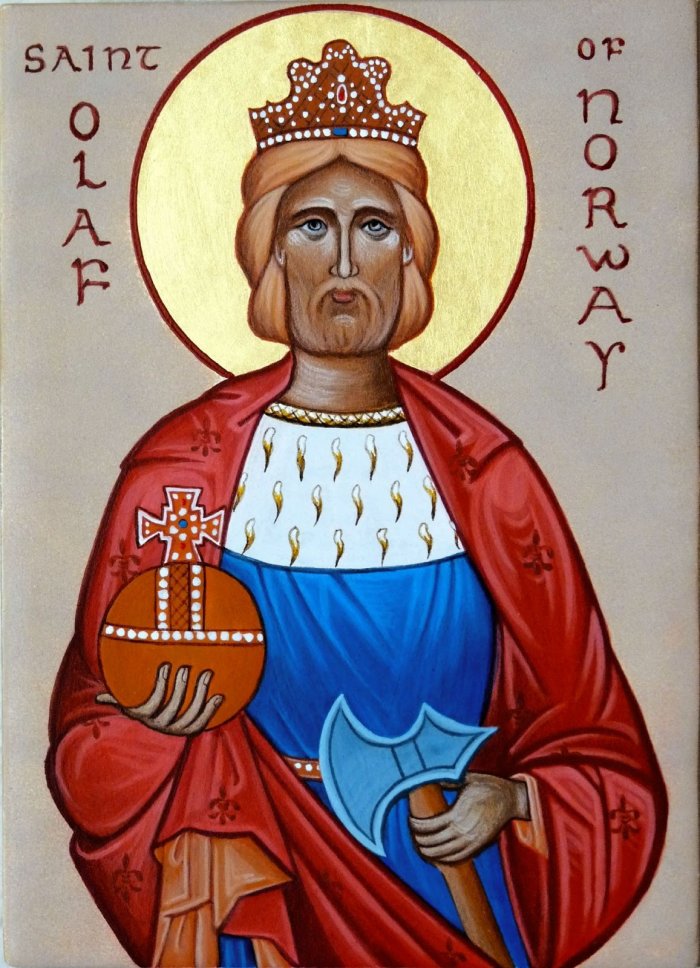 In 1019, St.Olaf defeated Earl Sweyn at Nesje and requested that missionaries be sent from England to advance the Christianization of Norway. Owing to the harsh nature of his rule, he faced a rebellion of nobles in 1029. Through the aid of the formidable King Canute of Denmark, the rebels overthrew him and drove him into exile in Russia.

St. Olaf returned to Norway, but he was slain in battle at Stiklestad, on July 29 in 1031.

During his lifetime, St.Olaf was not a very popular man and he was not considered especially holy. However, St. Olaf was revered after death owing to reports of miracles occurring at his tomb. He was greatly respected as a champion of Norwegian independence, and his shrine became the foundation of the cathedral of Trondheim, which was a popular place of pilgrimage during the Middle Ages. He is the patron of Norway and was canonized in 1164.

Stang, who is an art historian has studied how St. Olav has been depicted on Icelandic drinking horns.

The Reformation in the 1500s brought an end to the worship of Catholic saints, and St. Olav was no longer to be considered a saint. The motifs on the Icelandic drinking horns show that the saint-king acquired a new role.

St. Olav is portrayed on the drinking horns "alongside biblical ideal kings like King Solomon and King David and historical figures like Charlemagne and Constantine, the first Christian emperor of the Roman Empire. It's clear that the old Catholic saint is being depicted in a new context, as a historical king and not a saint-king. He was given a new role. The horns show a shift in the perception of Olav," Stang says.

Stang suspects that Olav was regarded as a saint, even after the Reformation. 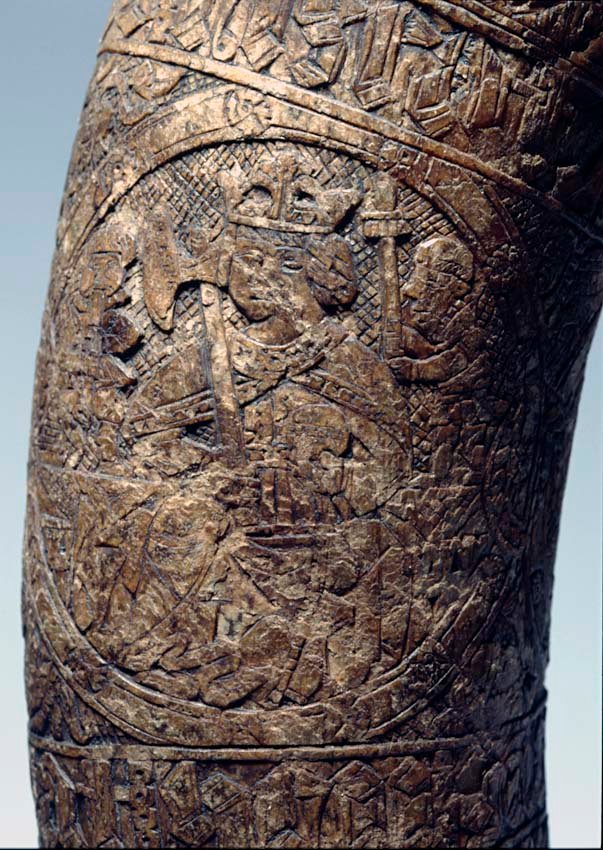 "When Christian IV traveled to Norway in 1599, we know that a toast to St. Olav was raised during a peasant wedding. The fact that a culture existed to toast the saints gives great context for the drinking horns. The horn motifs reflect their use and show the close relationship between them," she says.

Norwegian drinking horns are smooth and have inscribed metal mountings, while Icelandic ones consist only of the horn. However, they are richly decorated with reliefs carved into the horn itself.

Why St. Olav is depicted on so many Icelandic drinking horns is one of the questions that researchers have not yet answered

Stang believes St. Olav must have had a different status in Iceland than in Norway, and that the importance of his being a Norwegian king must have been experienced differently.

"St. Olav was a popular saint across much of northern Europe, but I think there was a wide variation in how he was perceived. We might not have recognized the Olav that was worshipped in northern Germany, for example. The cult of saints had a stronger local stamp than we normally imagine," she says.

Stang relates a story from one of the Icelandic bishops' sagas, where Icelanders and Norwegians find themselves on a boat to Norway, discussing the saints.

The Norwegians tell the Icelanders that their saints are too weak, and are of course "punished" for their harassment of the Icelanders. This saga "shows that the cult of the saints had many local and regional variants and that they were important for local identity," says Stang.

The Norwegian University of Science and Technology