AncientPages.com - The first battle of Gaza took place on 26 March 1917. The city of Gaza was the center of the main Turkish defensive position in southern Palestine.

The first of three battles fought in the Allied attempt to defeat Turkish forces in and around the Palestinian city of Gaza takes place on this day in 1917.

Three major battles were launched in 1917 by British and dominion forces to capture Gaza - only the third succeeded in this object. 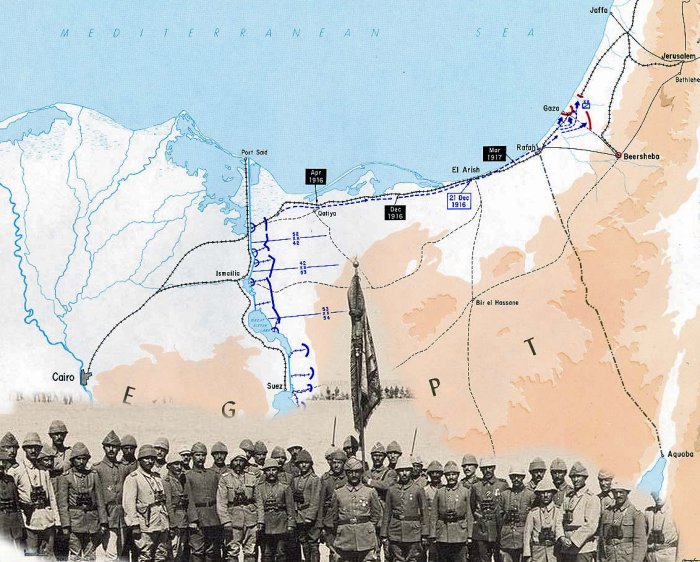 Two British infantry divisions were to attack it from the south while the mounted troops of the Desert Column would attack from the flanks and north. When the attack was launched, the infantry made slow progress, but the mounted troops captured high ground to the north of the city and advanced into it.

Concerned by the lack of progress made by the infantry, and fearing the water supplies vital for the mounted troops would not be captured that night, Lieutenant General Dobell, the British officer commanding the operation, ordered a withdrawal at dusk.

The next morning, after realizing his mistake, Dobell attempted to resume the battle with the infantry. Still, the attack had little progress, with the troops exhausted and the Turks had received reinforcements.