AncientPages.com - On March 25, 1655, Christiaan Huygens, a Dutch amateur astronomer, discovered Saturn's satellite Titan, named for its great size (half that of the Earth's) and thought to be the largest moon in our solar system thanks to its extended atmosphere.

Born in 1629, Huygens came from a wealthy and well-connected Dutch family; he studied mathematics and law at the University of Leiden and later, he went to the College of Breda.

Together with his brother Constantijn, Christiaan applied himself to the manufacture of telescopes, and soon after developed a theory of the telescope. 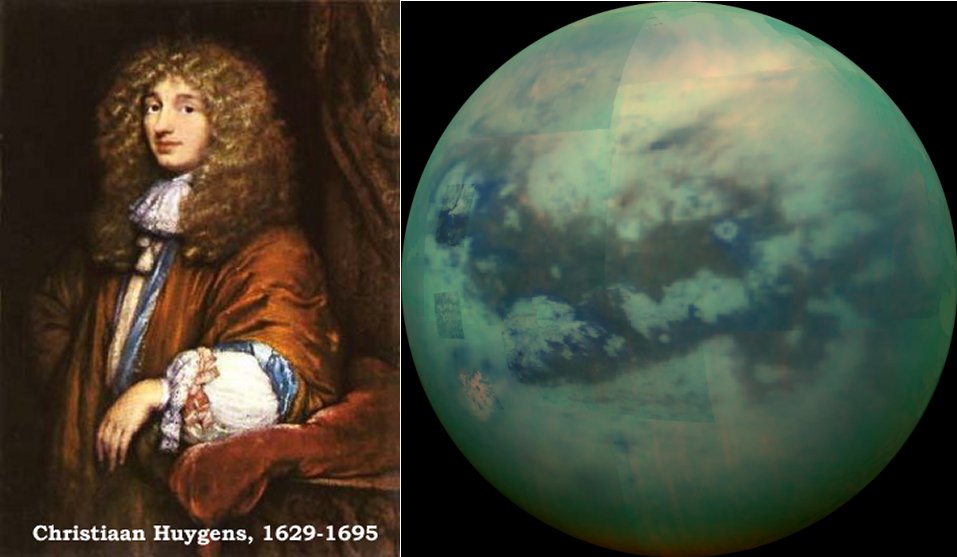 Huygens discovered the law of refraction to derive the focal distance of lenses. He also realized how to optimise his telescopes by using a new way of grinding and polishing the lenses.

On this day in 1655, he pointed one of his new telescopes towards Saturn with the intention of studying its rings. But he was very surprised to see that, besides the rings, the planet also had a large moon, now known as Titan.

Titan, Saturn's largest satellite, is an enigmatic world we are just beginning to explore seriously with the in-depth, thanks to the Cassini-Huygens mission after a 7.5-year trek through our solar system.

The Huygens mission had its greatest success when descended through Titan's atmosphere on 14 January 2005.

The combined orbiter and probe investigations have contributed with fantastic description of Titan's atmosphere and surface, returning wonderful new data whose analysis has revealed an amazing world, in many ways similar to our planet yet 10 times further away from our Sun.