AncientPages.com - It took many years before scientists could finally determine the age and identity of a bog body discovered in 1938 west of Silkeborg, Denmark.

Many of the 1,000 or so bodies or body parts that have been unearthed were never properly examined at the time of the discovery. 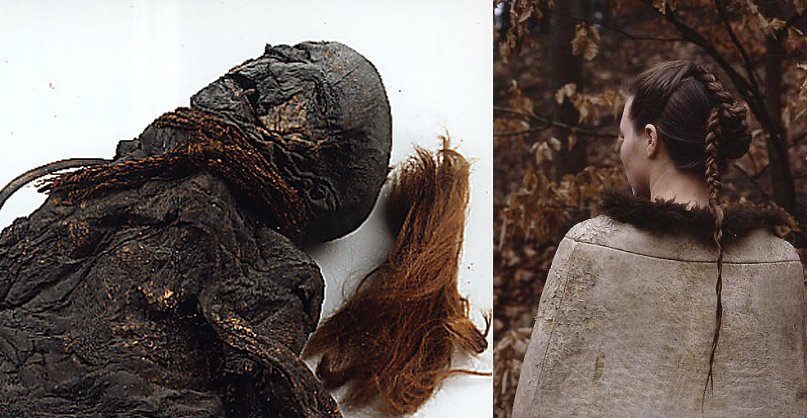 Several of the bog bodies were destroyed, but bog mummies that remain have been investigated with modern technology and today, we can learn more about the people who lived and died during the Iron Age in Europe.

Bog bodies are the naturally preserved human corpses found in the sphagnum bogs in Northern Europe. Unlike most ancient human remains, bog bodies have retained their skin and internal organs due to the unusual conditions of the surrounding area. 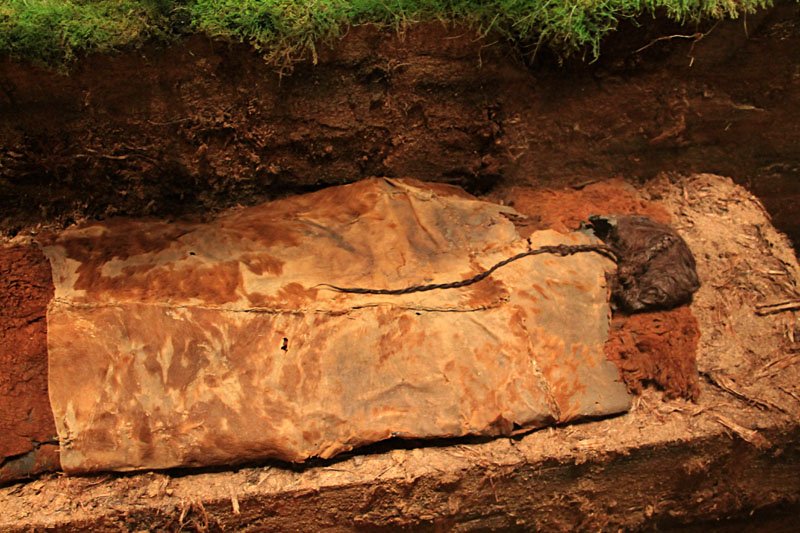 Elling Woman displayed at the Silkeborg Museum in a manner similar to how she was found buried in peat. Note the well-preserved hair. Image credit: J.S. Aber.

From 2,500 to 2,000 years ago, the Germanic tribes of Iron Age northwestern Europe had a habit of killing people and leaving their bodies in bogs.

Bogs were sacred places for Iron Age folk, acting as gateways to the supernatural world, where gifts could be presented to the gods.

Who Was The Elling Woman?

In 1976, archaeologists, forensic examiners, radiologists, forensic dentists and the Carbon-14 laboratory of the National Museum in Denmark started to examine the body found in a pit bog in Bjældskovdal and today we know more about the person who has become known as the Elling Woman.

The Elling Woman, who was discovered by a local farmer, Jens Zakariasson. Examination of the body revealed that she was only 25 years when she met a gruesome death.

She was hanged with a leather thong in 280 B.C. The thong left a V-shaped furrow that is clearly visible in her neck. She was wrapped in one sheepskin cape, and another covered her legs and feet. 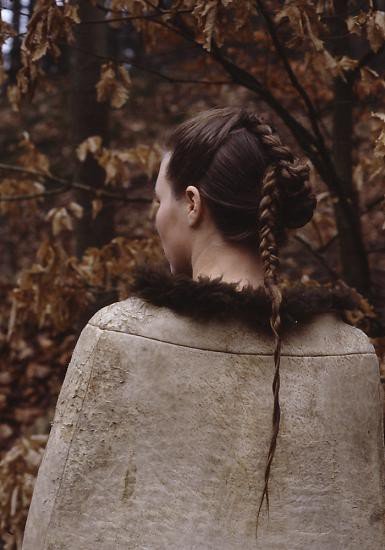 It is logical to assume that the Ellinge Woman was a human sacrifice, but why she was selected is unknown.

Unsolved Mystery Of The Huldremose Woman: One Of The Best Preserved Bog Bodies Ever Found

Archaeologist Christian Fischer, director of Denmark’s Silkeborg Museum suggests the Ellinge Woman might have been sacrificed during a stressful time of changing climate.

Fischer wants to investigate the possibility that her deaths could be linked to the weather. Maybe if something was going wrong, the people could have felt pressed to give a sacrifice to the gods, he says. And that sacrifice could be gold, silver, or even a human being.

Using carbon-14 method, experts were able to reveal that the Ellinge Woman died at approximately the same time as the Tollund Man, an unusually well-preserved body of an adult male who was approximately 30 to 40 years old when he died.

The Tollund Man is probably the most well-preserved body from pre-historic times in the world. However, the uncertainty connected with the method makes it impossible for to say if Elling Woman and the Tollund Man were placed in the bog at approximately the same time or if the sacrifices took place with an interval of 100 years.