AncientPages.com -  On March 23, 1568, the Edict of Longjumeau was signed. It ended the Second War of Religion (1567-68) and restored all the Huguenots' rights (important religious privileges and freedoms).

This gave the Huguenots the right to worship in any town where they had been worshiping on March 7, 1563, apart from Paris. 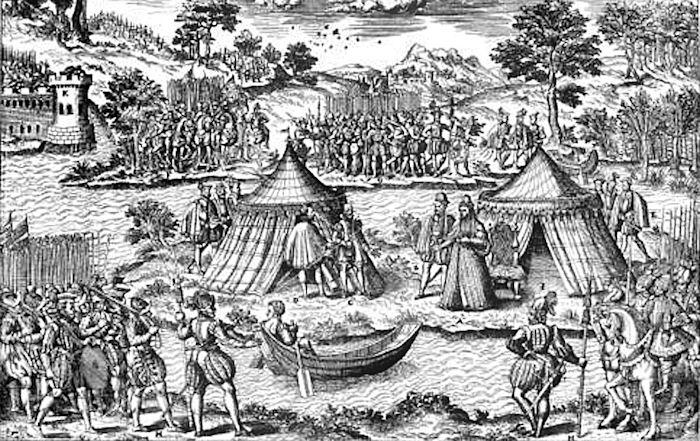 They were also allowed to worship in the suburb of one town in each bailiwick in France, and on noble estates.

These rights had been eroded in the years between the two wars and were now restored in full. In addition, under the earlier edict, Huguenot noblemen were allowed to let strangers worship in their households. The right had been limited to their vassals.

The leading Huguenots, starting with Louis Bourbon, Prince of Condé, were pardoned for any acts committed during the war and were acknowledged as good and faithful subjects of the crown.

In return, the Huguenots agreed to disband their armies, surrender their fortresses and renounce foreign alliances.
Not every Huguenot leader supported the peace.

Admiral Coligny was convinced that the crown was not sincere and that the edict had only been agreed to save Chartres from the Huguenots.

While the Royal negotiators themselves were probably sincere, Charles IX almost certainly wasn't, and therefore, the Third War of Religion began at the end of the same year.