Phoenix is known in various forms and by various names throughout the Middle East, the Mediterranean, and Europe.  This mythical creature has its counterpart in China, Japan, and India, and many appearances of Phoenix have been created but all of them have similar significance. They are also all alike. 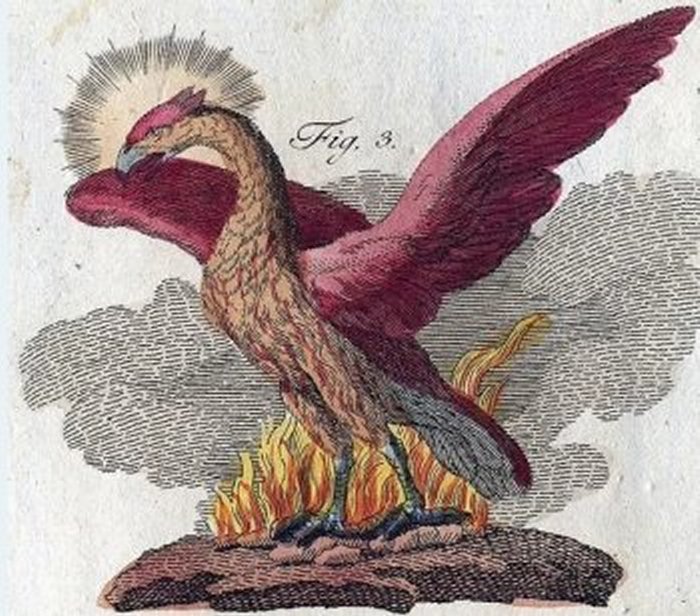 However, the bird's archetype is the Egyptian Bennu (or Benu) that appeared mainly in the myths of Osiris and Ra. In Egypt, the great Bennu was also called Forever Rising Sun.

Some ancient accounts mention the Bennu bird as a form of the creator Atum.
In the "Pyramid Texts", the Bennu symbolized Sun God Atum of Heliopolis and used to appear as a yellow wagtail, and its name was "to rise in brilliance".

A myth from Heliopolis, on the other hand, says that the Sun had first risen in the form of a sacred bird Bennu and later became associated with the Phoenix.

The Bennu bird is known to us from Greek myth as the Phoenix that always lived 500 years. When the time came, Phoenix built a nest of nard, myrrh and cinnamon and set fire to itself.
Out of ashes, a new, young Phoenix was reborn.

In another association, the Bennu was the sacred "ished" (a persea tree), considered to be the Tree of Life, especially the ished tree at Heliopolis. This tree, often depicted during the New Kingdom, was protected from dangerous Apophis by the Great Cat of Heliopolis, sacred to god Ra. 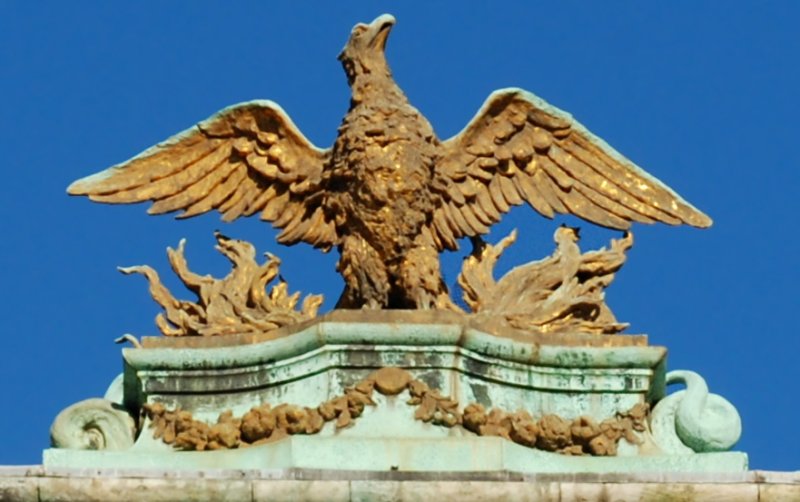 "My purity is as that of the Bennu bird, the bright Phoenix whose nest is upon the stone persea-tree,
the obelisk at Heliopolis. Behold me, I have come to you without sin, without guilt, without evil... So preserve me from Apep [Apophis] the 'Eater-up of Souls'..." ("The Book of Thoth", The Land of the Dead)

This appearance of the Benu changes again in the "Book of Dead", and the bird has its usual form as a grey heron.

Despite all these differences, the Bennu symbolizes rebirth and good fortune.
The Greek historian Herodotus wrote about Egypt in the 5th century BC, but he was not particularly convinced that the fiery bird Phoenix really existed.

Nevertheless, he described one legend associated with the creature. Phoenix, a huge eagle-like bird with red, gold, and orange feathers came to Egypt from the Arabian Peninsula every 500 years, bringing in a ball of myrrh remains of his predecessor, which was composed on the altar of the sun at Heliopolis.

At the time, the legend says, there was never more than one Phoenix alive (never two of them like in myths of Asia).
The fiery bird Phoenix has been associated with the Moon because it burns forever in the new moon.