AncientPages.com - On March 22, 871, the Battle of Marton (or Meretum) was fought at a place recorded as Marton, possibly in Wiltshire or Dorset, England.

Alfred the Great (849-899), King of Wessex, laid the foundation for a united Christian Anglo-Saxon kingdom. He grew up in Wessex, the major Saxon kingdom in southwestern England. After 865, Alfred was involved in a number of wars with pagan Danish invaders, who had conquered most of northern and eastern England.

In 871, Alfred and his brother, King Ethelred, defeated the Danes at Ashdown, but it was not any easy victory. 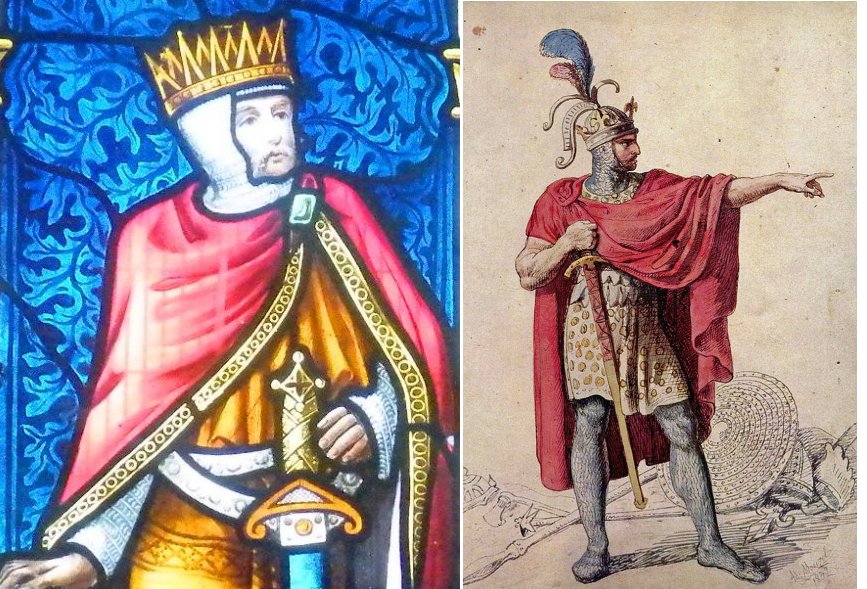 The Battle of Marton against the Danes, on the other hand, was the last of eight battles known to be fought by the King Ethelred ("noble counsel") against the Danes that year, and the defeated King is reported to have died on 15 April 871.

Whether he died in battle or as a result of wounds suffered in this battle is unclear. He left behind two sons, Aethelhelm and Aethelwold, who were too young at the time to effectively rule. Faced with an uncertain future because of the Daneswho  still dominated the battles, the leading men of the kingdom chose Prince Alfred as successor.

The site of the battle is also unknown. Several possible locations have been suggested such as Merton in Oxfordshire, Marden in Wiltshire, Martin in Dorset along with some others.

King Ethelred was a very religious man. He was popularly regarded as a saint. The story is told that before the crucial Battle of Ashdown, despite the urgency of the situation he refused to rise from his knees or leave his tent until he had completed hearing the Mass. He said he would not serve man before God.

Ethelred is buried in Wimborne Minster, Dorset, where a Purbeck marble slab is believed to be a part of that which originally covered his grave. Such was his fame that a memorial brass was put in Wimborne Abbey in 1440, six hundred years after his birth - the only memorial brass effigy of an English king.