AncientPages.com - On March 13, 1567, the Battle of Oosterweel was fought and is traditionally seen as the beginning of the Eighty Years' War or Dutch War of Independence (1568–1648).

The battle took place near the village of Oosterweel, north of Antwerp. A Spanish professional army under General Beauvoir defeated an army of radical Calvinists rebels under Jan de Marnix. The prisoners were considered rebels and all were killed. 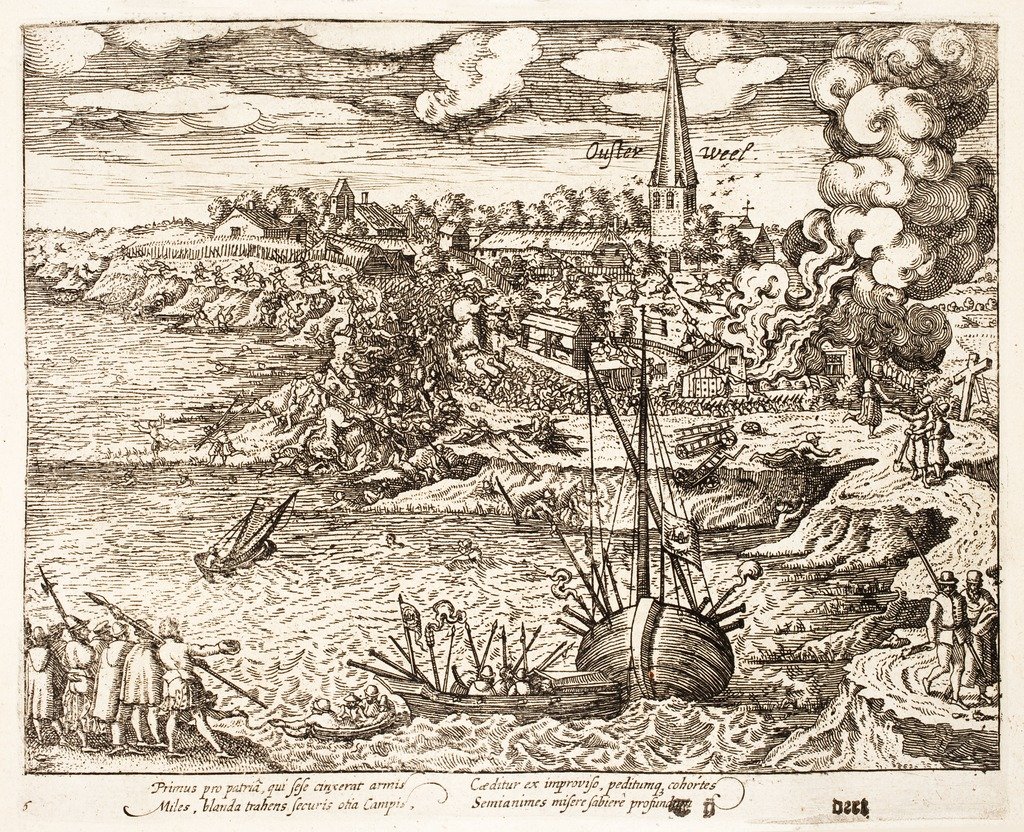 Battle of Oosterweel near Antwerp, 13 March 1567 at the start of the Eighty Years's War. Overview of the raging battle on the coastline, with ships, soldiers, cavalry, church of "Ousterweel", palissade, building on fire. Latin poem. Image via wikipedia

William the Silent, the Burggraaf of Antwerp, did not allow the Protestants of the city to come to their aid, because he was, as lord of the city, bound by oath to support the Spanish King.

As to the Eighty Years' War or Dutch, War of Independence (1568–1648), it was a revolt of the Seventeen Provinces of what are today the Netherlands, Belgium, and Luxembourg, as well as the French region of Hauts-de-France against the political and religious hegemony of Philip II of Spain, the sovereign of the Habsburg Netherlands.

After the initial stages, Philip II deployed his armies and regained control over most of the rebelling provinces. Under the leadership of the exiled William the Silent, the northern provinces continued their resistance.

They eventually were able to oust the Habsburg armies, and in 1581 they established the Republic of the Seven United Netherlands. The war continued in other areas, although the heartland of the republic was no longer threatened; this included the beginnings of the Dutch Colonial Empire, which at the time were conceived as carrying overseas the war with Spain.

Finally, an end was reached in 1648 with the Peace of Münster (a treaty part of the Peace of Westphalia), when the Dutch Republic was definitively recognized as an independent country. The Republic had already been recognized by Spain and the major European powers at the occasion of the Twelve Years' Truce of 1609.

The Peace of Münster was also the start of the Dutch Golden Age.