It was ‘dies Solis’—day of the sun, "Sunday"—as the Roman day of rest.

In 312 AD prior to his important victory over his rival Maxentius at the Battle of Milvian Bridge, Constantine became a “Christian” after claiming to see in broad daylight a vision of “a cross above the sun” with these words emblazoned, “in hoc signo vinces” (by this sign conquer”). 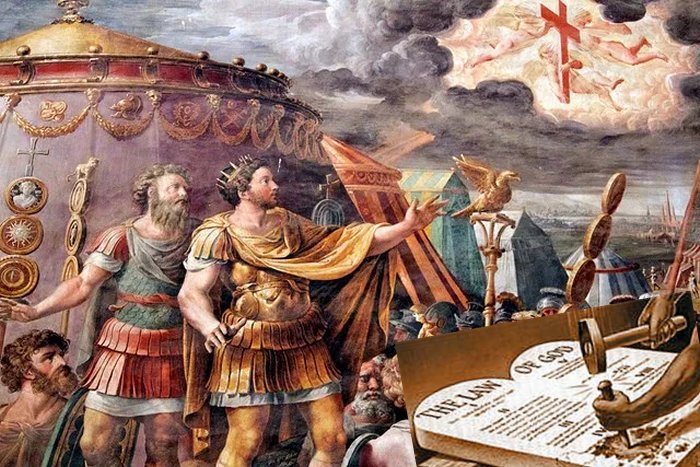 After defeating his enemies, he became Emperor of Rome and presided over the “First Council of Nicea” in 325 AD.

How The Strange Dream Of Roman Emperor Constantine Changed History

Constantine was determined to unite Christianity and paganism in an effort to strengthen his collapsing empire. Constantine knew that pagans throughout the empire worshiped the sun on “the first day of the week,” and he discovered that many Christians and especially in Rome and Alexandria also kept Sunday because Christ rose from the dead on that day. So Constantine developed a plan to unite both groups on the common platform of Sunday keeping.

On the venerable Day of the Sun (Sunday) 'let the magistrates and people residing in cities rest, and let all workshops be closed. In the country, however, persons engaged in agriculture may freely and lawfully continue their pursuits; because it often happens that another day is not so suitable for grain-sowing or for vine-planting...'

Constantine even printed coins which bore on the one side the letters of the name of Christ, on the other the figure of the sun god.

His promotion of Sunday observance was part of his definite strategy to combine paganism with Christianity.