The story of Nikolay Gogol’s death has always been shrouded in mystery.

Gogol himself had always been haunted by the fear of death, or more specifically, of falling into a lethargic sleep and being buried alive. For the last ten years of his life, he never slept lying down and only took naps, cuddled in an armchair. In a letter to a friend he requested that his body be committed to the ground only after it had shown the obvious signs of decay. 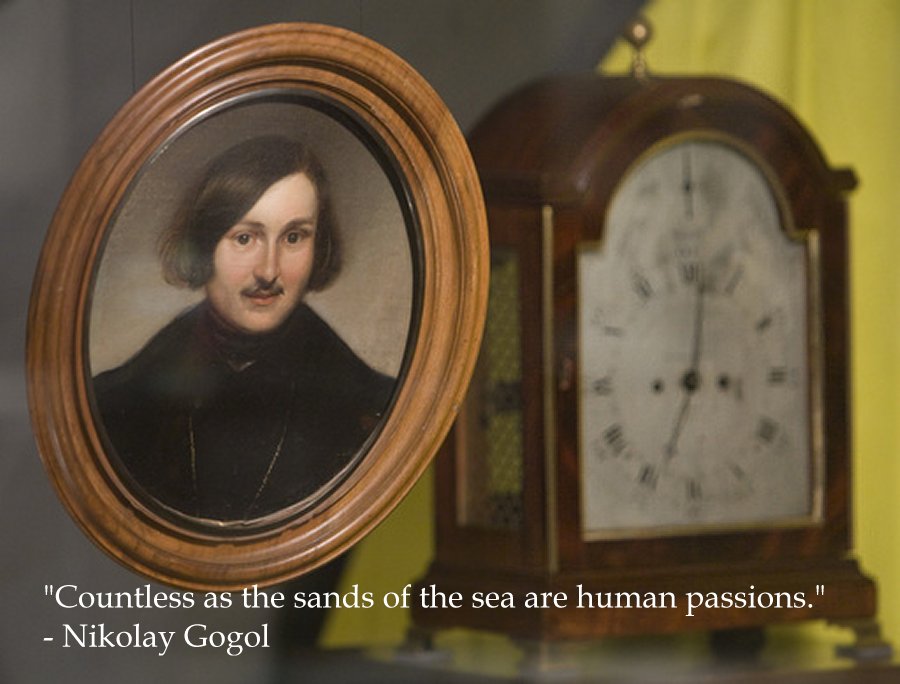 For almost half of his life Gogol had been sick, and always due to unknown causes. His illness was very likely of psychiatric origin. He often experienced euphoria and during moments of depression, he would lie down, without taking his clothes off; he would refuse food and continue to lie motionless for hours. To fight depression, Gogol tried traveling, but it didn’t help.

Being a very religious person, he intensified his relationship with a church elder, Matvey Konstantinovsky, whom he had known for several years. However, Father Matvey 's advices did not help him; moreover, a series of exaggerated ascetic practices undermined his health and plunged him into a deeper depression.

Gogol was buried at the Danilov Monastery, but when the ancient monastery was demolished, his remains had to be moved to the Novodevichy Cemetery in Moscow. Gogol’s body was discovered lying face down, which in fact gave rise to the story that Gogol had been buried alive.

This theory has been refuted by many scientists; however, it still has not been totally disproved.