Ellen Lloyd - AncientPages.com - One of the most mysterious artifacts we encounter in North America is the puzzling Waubansee Stone.

The three-foot-high, 3,000-pound boulder of granite has a human face carved on one end. How old is the Waubansee Stone and who carved it?

Contradicting Stories About The Waubansee Stone

There are many different stories handed down about the stone's past. The stone is on permanent display at the Chicago Historical Society, where it once served as a drinking fountain.

According to the official version, the four-inch-deep basin was used by Native Americans for grinding grain. In the early 1800s, a soldier stationed at Fort Dearborn chiseled the face in the likeness of friendly Potawatomi chief Waubansee.

However, nothing more was heard about the stone until it a prominent Chicago family put it on display in their front yard in the 1860s. The family gave the stone to the museum in 1914. 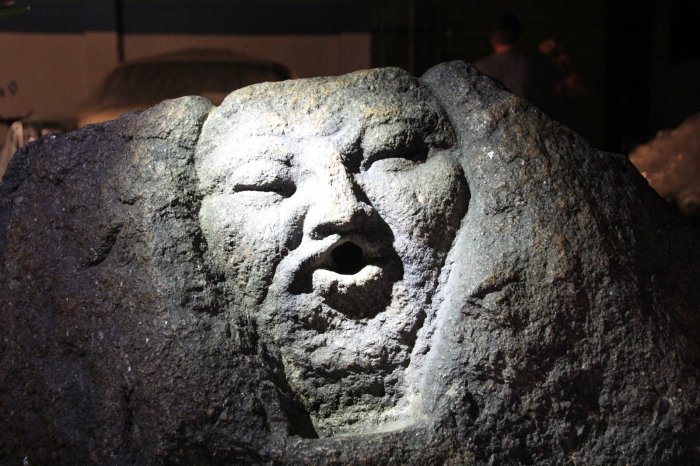 The Chicago Museum cut the stone and used it as a drinking fountain for 18 years.

The two holes on either side of the Waubansee Stone have also intrigued many researchers. Were the holes bored?

In the 1881 book, Chicago Antiquities by Henry H. Hurlbut, a member of the Chicago and Wisconsin historical societies admitted it’s unknown how the holes were created and because there is no information that could cast more light on the mystery. “Its prehistoric record, of course, is not very clear to us,” Hurlbut wrote.

Could This Be The Stone Of Sacrifice And Death?

Some historians have speculated that the face was carved on the rock long before the arrival of explorers and settlers, even the Potawatomi.

In The Story of Chicago (1892), Joseph Kirkland writes: "Many persons have looked on it as a relic of prehistoric art--the sacrificial stone of an Aztec teocalli perhaps."

If the boulder was the Stone of Death and Sacrifice, it means that the face depicts  a god or a spirit to whom indigenous Americans like the Mound Builders, or perhaps ancient overseas voyagers, offered their victims.

However, this doesn’t explain how the Waubansee Stone ended up in Chicago.

Was The Waubansee Stone Created By The Phoenicians?

Frank Joseph, an alternative history researcher and author of several books thinks the stone was made by the Phoenicians, a Semitic people closely related to the Hebrews. The Phoenicians called themselves Canaanites, and modern researchers believe they were the descendants of two groups, the early Canaanites, who inhabited the coast of present-day Lebanon, and seafarers.

The Phoenicians established several colonies throughout the Mediterranean. including Carthage, their greatest city, in North Africa that became a dominant power in the Western Mediterranean.

Cartage and its harbour.

Mainstream historians have rejected the possibility that the Phoenicians visited North America before Columbus' arrival. Some alternative history researchers such as Dr. Barry Fell (1917-1994), who became famous for his controversial work in New World epigraphy, argued that various inscriptions in the Americas are best explained by extensive pre-Columbian contact with Old World civilizations. 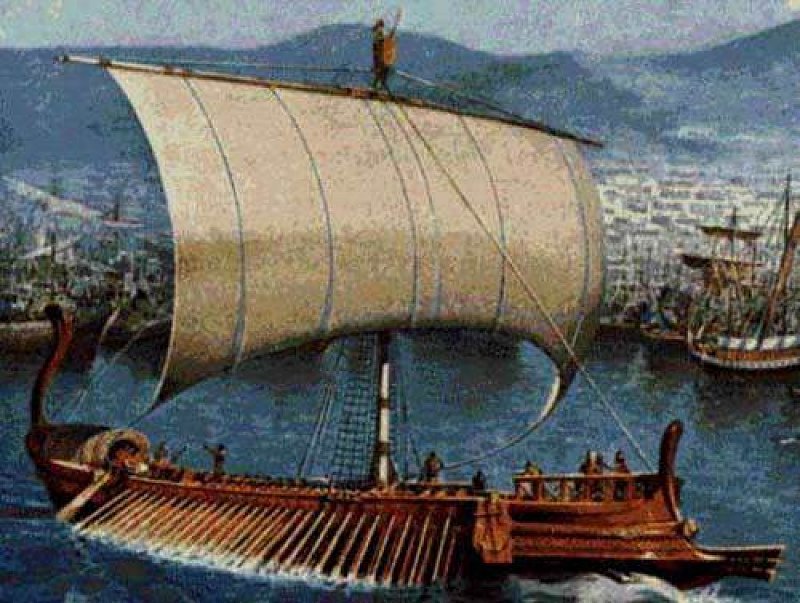 Some alternative ancient history researchers have suggested the Waubansee Stone was created by the Phoenicians.

In one of his books, America B.C.: Ancient Settlers in the New World, Dr. Fell offers many examples of Old World civilizations left behind symbols and messages all over America.

According to Frank Joseph, there are parallels between the Waubansee Stone and other artifacts. "One thing, the Carthaginians sculpted disembodied faces face-on. The other thing, they sculpted people with closed eyes," which signified death. They also wore chin beards, he notes. 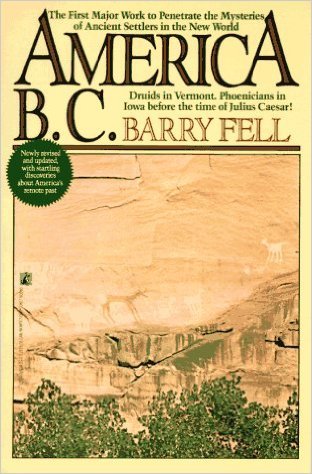 Druids in Vermont? Phoenicians in Iowa? These are just a few of the interesting bits of information contained in this volume of American pre-history. This groundbreaking work shatters many of the myths of America centuries ago. Read more

Frank Joseph also rejects the idea the Waubansee Stone was a corn mortar. It points to a tophet," he says, naming the outdoor stone altars upon which Carthaginians were known to sacrifice children to appease the gods.

Why Hasn’t The Museum Examined The Waubansee Stone?

Ascertaining the legitimacy of a historic object is by no means easy. There are many reasons why experts prefer not to examine an artifact. Some objects kept at a museum can be fakes, but is it really up to the visitors to decide what is real and not?

"We give them the options of deciding if the artifacts are real, fake or maybe. The 'maybe' answer isn't a cop-out on our part. Some objects you just can't tell if they are real or not. There might be physical tests we could do on the object to help us find the truth, but in many cases, the objects are so rare and delicate, it is not worth damaging them to find out," curator Peter Alter said.

Journalist Jeff Huebner who writes for the Chicago Reader investigated the controversial history of the Waubansee Stone.

“Has the Chicago Historical Society ever had the Waubansee Stone examined by geologists, archaeologists, metallurgists, or art historians?” Huebner asks. 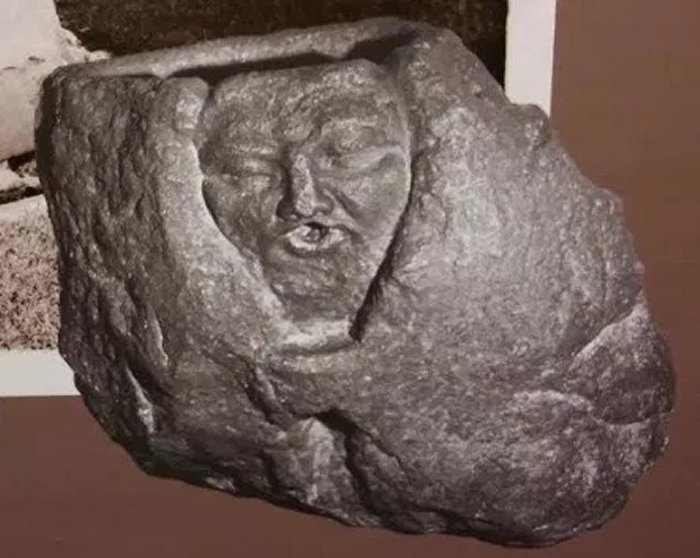 Is the Puzzling Waubansee Stone a precious, neglected Pre-Columbian artifact? Image credit: Office of the Cultural Historian of the City of Chicago

In an interview with Ralph Pugh, a 19-year society historian Huebner was told the museum never bothered to examine the boulder.

“You know, I can reveal that in terms of analysis of the stone and other clues, we can say we haven't looked into those claims." Pugh thinks the alternative theories "seem fanciful," rooted in how 19th-century Chicagoans yearned to view their young, fast-growing city as having an antiquated and folkloric past. "The stone caught a lot of people's imaginations, and that accounts for a lot of the overimagination."

Yet he admits, "Science could help us discount some speculations."

So, what should we think of the puzzling Waubansee Stone?

Is it a piece of prehistoric art, was it made in modern times or is it the work of Mother Nature? Without proper examination, it’s impossible to determine who carved the face on the rock.

If the Waubansee Stone was really made by an Old World civilization, the rock could easily re-write the history of North America.

Needless to say that the Waubansee Stone is one of many mysterious ancient rocks and stones discovered in North America.