AncientPages.com - On March 1, 1854, Inman Line's SS City of Glasgow left Liverpool harbor bound for Philadelphia just like she had for the last four years.

It had 480 onboard, including 293 emigrants. SS City of Glasgow - the first Atlantic steamship that was designed to carry emigrants - was built by Tod & McGregor in Glasgow in 1850 as the first ocean-going passenger ship built by Tod utilizing a screw propeller. 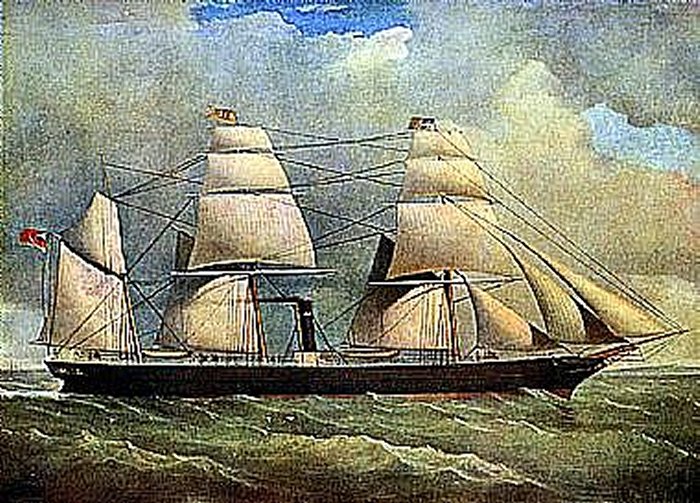 The vessel was the pioneer of the direct line of steam communication between Philadelphia and Liverpool. It carried thousands of Irish emigrants to America in the four years she operated on the north Atlantic and was, to all accounts a popular ship. But after leaving Liverpool on March 1, 1854, she was never seen again.

In early April, there was no word of her over five weeks after she sailed. The Liverpool office of the Richardson Brothers even released a statement that they were not concerned about the ship and that she had provisions for up to seventy days if they were used prudently. They believed, or at least they said, they thought she was locked in the ice somewhere off Newfoundland.

In those days there was no way to communicate between Europe and America (the trans-Atlantic cable was not laid until 1866). So the only way for the ship's owners to know if a ship had arrived was to receive a report from another ship.

Many reports arrived at the office of William Inman, but none of them could confirm the loss of the 'City of Glasgow'.

It was the first loss of the line and one of the worst disasters on the north Atlantic to date.

To this day, what really happened to her is unknown.
It was only reported that a portion of the bow of a ship, bearing the name "City of Glasgow" in gilded letters, washed ashore at Ballochgair near Campbeltown on October 25, 1854.