A. Sutherland - AncientPages.com - Mesopotamia included Sumer and the Akkadian, Babylonian and Assyrian empires, all native to the territory of modern-day Iraq. Babylonians and Sumerians contributed with some of the most important discoveries and achievements. 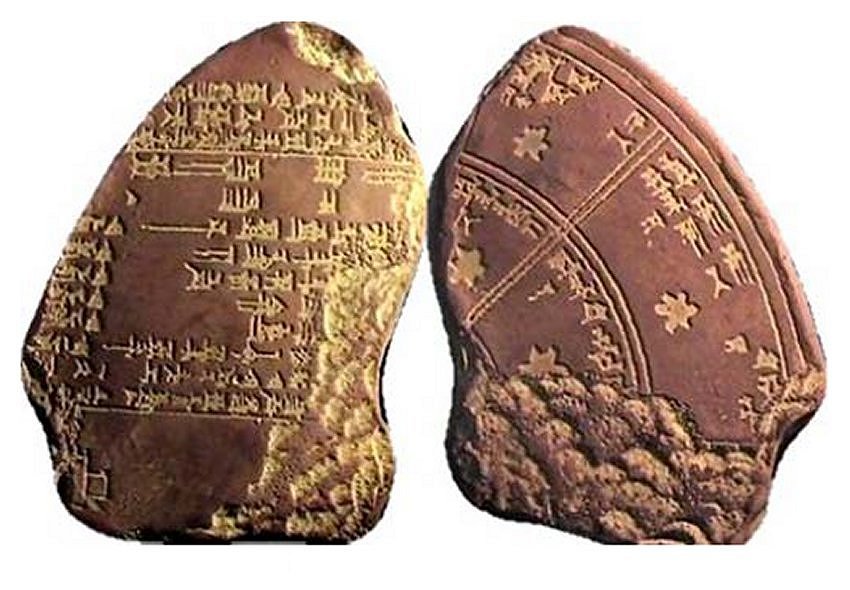 This is a fragment of a circular Babylonian star calendar from the underground library of King Ashurbanipal (668-627 BC) in Nineveh, Iraq

Star charts and calendars were found among the library’s huge cache of tablets, multiple fragments of late second millennium. The two flat sides of the disc are inscribed in Assyrian Cuneiform with names of the months, names and figures of key stars and measurements of degrees. It is signed by the scribe Nab-Zuqup-Kenu, who lived during the reigns of Sargon II (720-704 BC) and Sennacherib (703-680 BC).

The Babylonian calendar is one of the greatest achievements of antiquity: it combines a solar and a lunar cycle in such a way that the beginning of the year never wanders far from the Spring equinox. 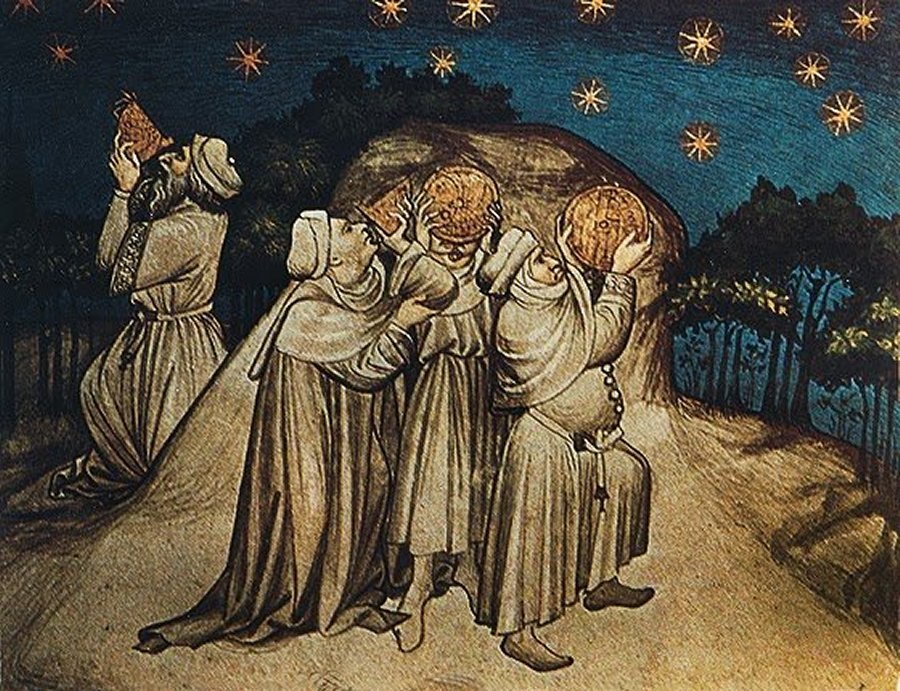 From the beginning of 1800 BC and continuously over the next 1,200 years, the Babylonians were busy developing a calendar based on the Sun’s movements and the lunar cycles.

A great deal of astronomical mythology was handed down from the Sumerians. Constellations that we still use today, Such constellations as Scorpius, Leo, Sagittarius, Taurus, Auriga, Gemini, and Capricorn, were invented by the Sumerians and Babylonians between 2000 BC - 3000 BC.

Sumerian observation of an Aten asteroid over a kilometer in diameter that impacted Köfels in Austria in the early morning of 29th June 3123 BC.

Sumerian cuneiform tablets confirm that knowledge of the Sumerians was not limited only to the knowledge of our solar system. For the first time in Sumer and not - as is commonly believed in Greece - the stars were properly organized and grouped into constellations with the same names as we know them, today.

About 400 BC, the Babylonian astronomers – using arithmetic – accurately calculated the exact time and date of each month. 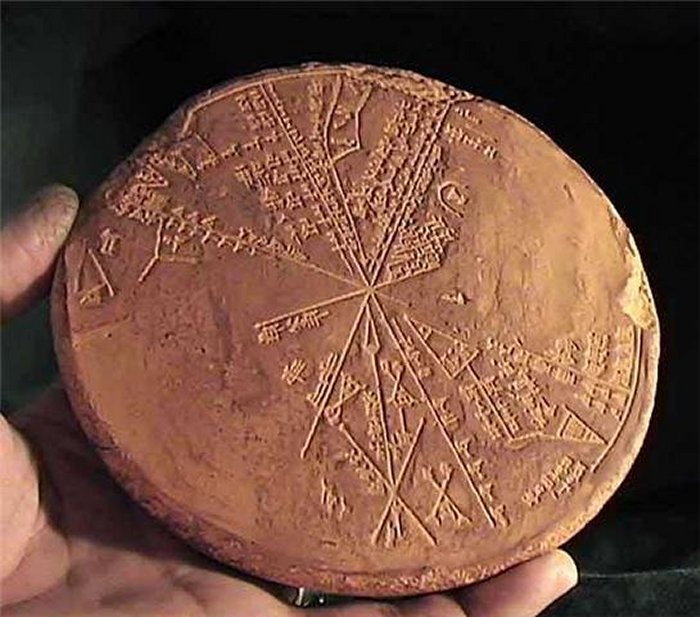 This cuneiform clay tablet has long remained a controversial artifacts, until it has been translated for the first time.

They designated the first day of each month – as the day after the new moon, it means, when the Moon’s crescent was first observed after sunset. Theoretically, dates in ancient Babylonian texts can be converted to our calendar.

The Babylonians were brilliant at astronomy, which they highly respected. Many of the constellations that we see in the sky were first categorized by them. They kept careful records and recorded celestial events under the belief they could shape future events.

Under Hammurabi the Lawgiver, in 1800 BC planetary records and star catalogs were compiled.

Lugal-Anne-Mundu: ‘King Of The Universe’ And Powerful Leader Who Restored Sumer To Its Former Glory

This was an extraordinary achievement because earlier, they could only predict this particular date through observations. They also focused on the positions and movements including the retrograde motions of Mercury, Venus, Mars, Jupiter and Saturn and of course, the Earth and the Sun. The Babylonians also predicted the future based on the motions of the stars, planets, Sun and Moon.

Babylonia (Babylonian:  Bâbili – ‘Gate of God‘ and in Old Persian ‘Babirush‘) was the ancient country of Mesopotamia, known originally as Sumer and later as Sumer and Akkad, lying between the Tigris and Euphrates rivers, south of modern Baghdad, Iraq.

The civilization of this historical region is widely associated with astrology as their astronomers were highly skilled in accurate predictions of both solar lunar eclipses as well.