AncientPages.com - On February 27, 1595, King Henry IV is crowned and recognized as King of France.

Henry IV was born on December 13, 1553 in the southwest of France. He was the son of Antoine de Bourbon, Duke of Vendome and Jeanne d’Albret, Queen of Navarre. His mother declared Calvinism the religion of Navarre and she brought Henry up as a Huguenot, which were French Protestants of the Protestant Reformed Church of France. 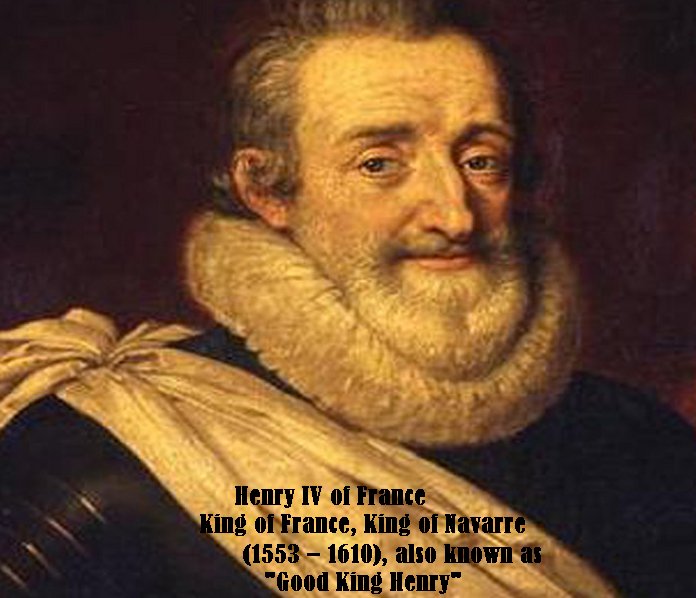 Henry IV of France, also known as "Good King Henry", ruled from 1589 and was the first Bourbon monarch to sit on the throne of France until his death in 1610.

He was assassinated in 1610 by François Ravaillac, a fanatical Catholic, and was succeeded by his son Louis XIII.

Prior to that, he was known as Henry III of Navarre and ruled over the state from 1572 to 1610. Henry IV’s ascendancy to the throne of France was opposed by many nobles because Henry IV was a Protestant.

His predecessor, King Henry III belonged to the House of Valois and he did not have any male successor and the laws did not allow women or their descendants to occupy the throne.

On the other hand, Henry of Navarre, as Head of the House of Bourbon, was a direct male-line descendant of Louis IX of France,  and "first prince of the blood". However, he had to use military power to occupy the throne. At the same time, he was a man of vision and courage.

He soon won the hearts of his subjects through many benevolent acts. Under him France enjoyed relative prosperity and he was often referred as ‘Good King Henry’ by his loyal subjects.

As king, he declared the Edict of Nantes, which gave toleration to the Huguenots. He also adopted and undertook projects in order to improve the lives of all his subjects that would make him one of the country’s most popular rulers ever.

He loved his kingdom and his people. Unfortunately, King Henry IV was assassinated by a fanatical Catholic, François Ravaillac in 1610.