Ellen Lloyd - AncientPages.com - In 1879, the body of a woman was found by workers digging peat turfs at Huldremose, Denmark.

Examination of the body revealed the woman died a violent death 2,000 years ago. She became known as the Huldremose woman and is today considered one of the best preserved bog bodies ever discovered.

How her life came to an end remains an unsolved ancient mystery. 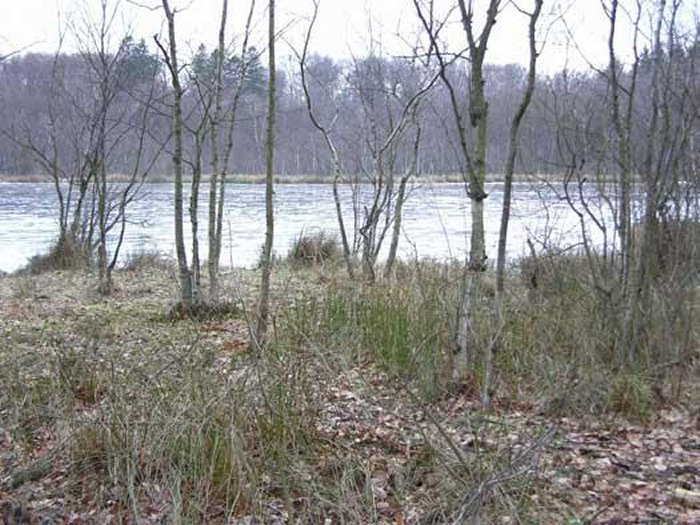 The woman found in a bog in Djursland died more than 2000 years ago. Image credit: National Museum of Denmark

The Huldremose woman was about 40 years when she died. Today it might sound as she died at a young age, but back then she was considered an old woman.

We do not know the exact circumstances surrounding the death of the woman from Huldremose and why she was killed is unknown, but most likely she was placed in the bog as a sacrifice.

Bog Body Of The Elling Woman: Was She Sacrificed To The Gods Because Of Climate Change?

How exactly she died has been debated. First it was believed that the poor woman received a violent cut to the right upper arm and died as a result of blood loss.  Later examinations have not confirmed this theory and it is also possible that the injury occurred much later, perhaps during peat-digging in the bog. While the woman was alive she broke her right leg, but this break healed again before she died. 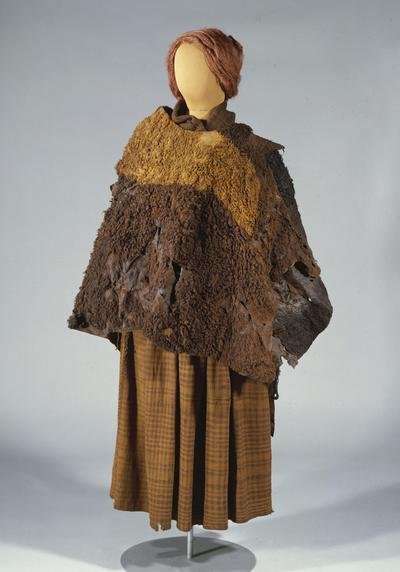 Like most of the bog bodies found in Denmark the woman from Huldremose was fully clothed. She wore a skirt of wool, a scarf and two skin cape. 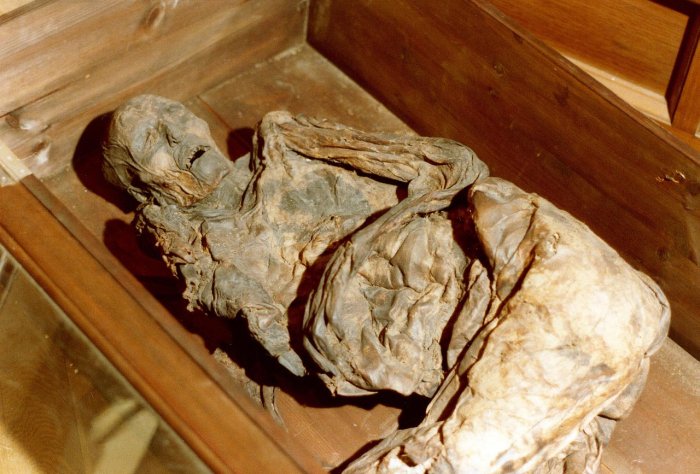 Her skirt was tied at the waist with a thin leather strap inserted into a woven waistband. The scarf was wrapped around the woman’s neck and fastened under her left arm with a pin made from a bird bone. The cape had been used a great deal and had 22 patches sewn on. The long period in the water of the bog has turned the clothes brown. Color analysis has shown that originally the skirt was blue and the scarf was a red color. 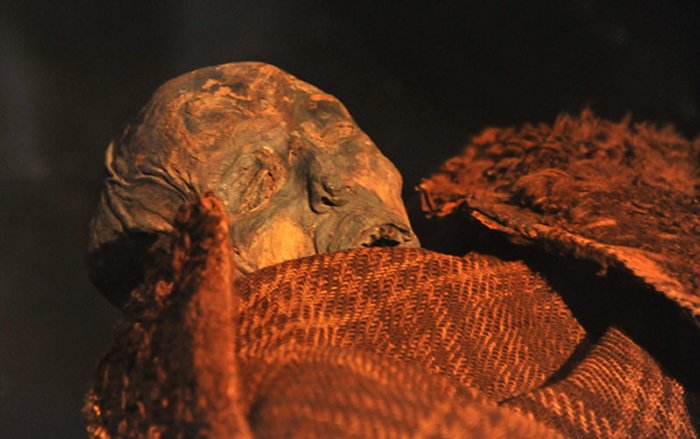 She also had a ring on her finger, amulets in one of her skin capes and two amber beads around her neck. The fact that her possessions were not stolen by the killers also suggests the Huldremose woman was a sacrificed, but one cannot dismiss the possibility the woman was punished for some crime.

During the Iron Age bogs were an extremely important resource for people. Turfs were dug there, which both were used as building material and fuel. Some bogs contained iron ore, which was a raw material that, after processing, could be made into iron. The bogs therefore had a great significance in daily life.

To the Iron Age people, bogs and water regions were considered gateways to another world where gods resided. Making sacrifices to the gods was common and sacrificing a human being was the greatest gift gods could receive.