Conny Waters - AncientPages.com - There are still many things we don’t know about Neanderthals, but new discoveries provide us with knowledge about our closest extinct human relatives who walked the Earth as recently as 37,000 years ago.

The Neanderthals were fully bipedal and had a slightly larger average brain capacity than a typical modern human, though it's thought the brain structure was organized differently. They contributed to the genes of modern Eurasians and scientists have determined that Neanderthals were closely related to modern humans, sharing 99.7% of DNA. 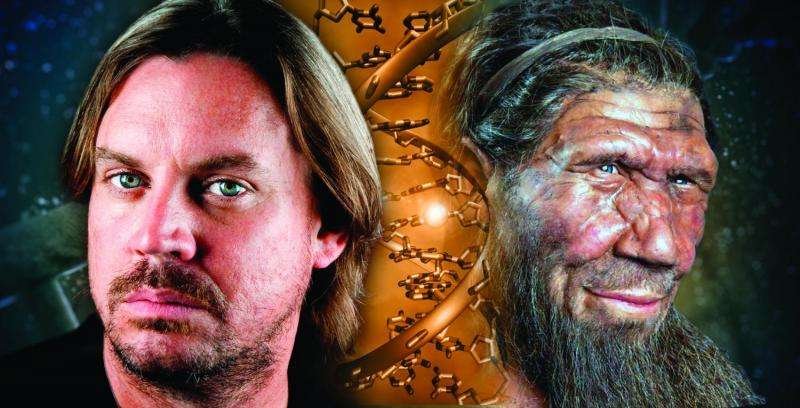 Neanderthals were skilled hunters, produced and used a number of sophisticated tools, controlled fire, lived in shelters, made and wore clothing.

There is evidence that Neanderthals made symbolic or ornamental objects, deliberately buried their dead. Sometimes they also marked their graves with offerings, such as flowers. No other primates, and no earlier human species, had ever practiced this sophisticated and symbolic behavior.

But were the Neanderthals religious too?

There is evidence from the late Middle Paleolithic period (around 50,000 years ago) which does show an early form of religious or spiritual belief amongst Neanderthals. The evidence is based on their deliberate burials with grave goods. To ritualistically bury dead is a very ancient tradition that goes back for at least tens of thousands of years. There are signs of offerings in graves going back 120,000 years and deliberate burials were ascribed to the Neanderthals.

According to Sharon R Steadman, author of the book Archaeology of Religion: Cultures and Their Beliefs in Worldwide Context evidence indicates that the boast of first religion belongs to the Neanderthals, and possibly to even earlier ancestors. Specialized treatment of the dead and the deposit of goods such as tools suggest Neanderthals conceived something “beyond” death. Perhaps they believed in some form of afterlife.

It has also been suggested that Neanderthals practiced some sort of animal-based belief system and they had Shamans in their societies.

Why Did Neanderthals Visit A Special Cave In Jersey For Over 100,000 Years?

Mysterious Ancient Underground Stone Rings Were Made By Neanderthals 176,500 Years Ago For Unknown Reasons

From 1917 to 1921, Emil Bächer excavated a Drachenloch Cave in the Swiss Alps. Inside the cave he discovered tools that offered evidence Neanderthals had once inhabited the cave. Bächer also found cave-bear bones. These fossils were not scarred around. Examination showed the skulls contained stone-lined cists.

There are still many things we don't know about the Neanderthals. Image credit: Karen Carr

Based on his findings, Bächer put forward the theory that Neanderthals believed in animal cults. Similar findings were later reported in other European countries and researchers took Bächer’s theory more seriously.

Some Neanderthals certainly buried their dead with purpose and care. The site at La Chapelle-aux-Saints, France has long been a debated topic. In 1908, a 50,000-year-old Neanderthal skeleton was discovered in the cave and it was suggested that the remains were intentionally buried.

However, those who discovered the skeleton were Catholic priests and many thought they had misinterpreted the Neanderthal burial. In 1999, researcher re-examined the site and the depression where the skeleton was found was at least partially modified to create a grave. Moreover, unlike reindeer and bison bones also present in the cave, the Neanderthal remains contained few cracks and showed no signs of weathering-related smoothing or disturbance by animals. 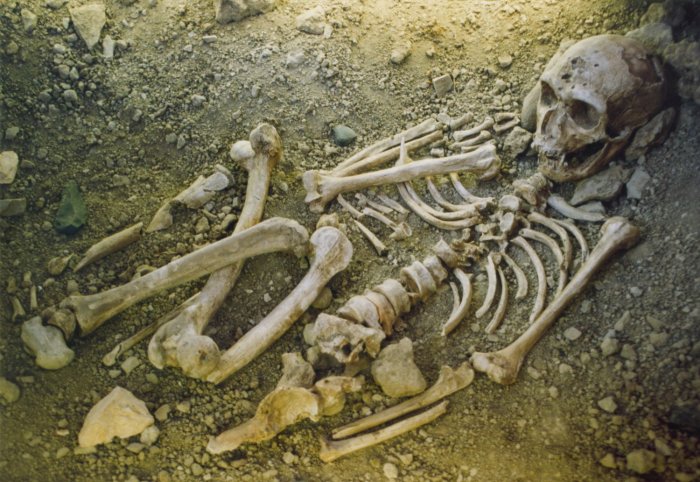 It was in La Chapelle aux Saints, in the department of Correze in the South West of France, that three brothers named Bouyssonie discovered on the 3rd of August in 1908 the first entire skeleton of a Neanderthal man and one of the first burial sites ever found. Image credit: Ice Age Europe

"All these elements attest that the two sets of bones have two different histories. The animal bones were exposed to the open air for a long time, while the Neanderthal remains were rapidly protected after their deposit from any kind of disturbance or alteration," said Rendu, a researcher at the Center for International Research in the Humanities and Social Sciences (CIRHUS) in New York City.

The scientists also found bone fragments belonging to other Neanderthals—two children and one adult—but it's unclear whether they were also buried.

Paul Pettitt, an archeologist at Durham University in the U.K. who also did not participate in the research, said the report "not only demonstrates that Neanderthal burial was a reality at La Chapelle-aux-Saints but in my opinion, also raises the possibility that the evolution of human burial began with the simple modification of natural pits for funerary use."

We will probably never know the truth about Neanderthals’ beliefs and rituals. All scientists can do is offer evidence-based speculations.

What we can clearly see though is that modern humans were not the first to contemplate a world beyond life on the physical plane.

Neanderthals did believe in something. Whether it was the concept of an afterlife, spirits, god or anything else – remains unknown.

Sharon R Steadman - Archaeology of Religion: Cultures and their Beliefs in Worldwide Context