AncientPages.com - On December 1, 1955, Rosa Parks disobeyed an order to give up her seat in the black section of the bus to a white passenger.

She was arrested and then challenged the arrest, her case leading to a protest and then a Supreme Court decision reversing segregation. 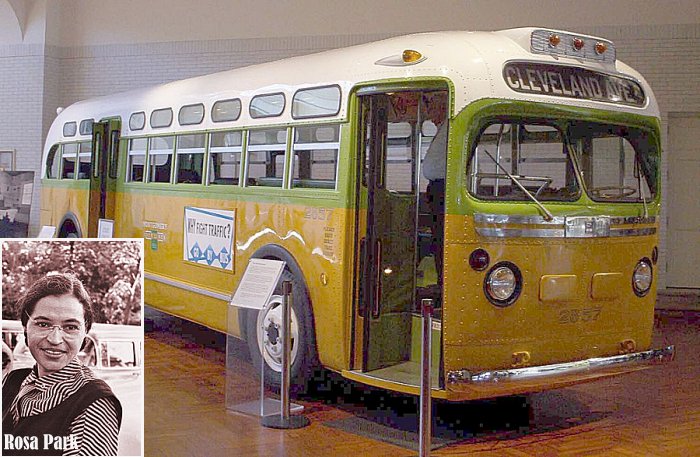 The National City Lines bus, No. 2857, on which Rosa Parks was riding before she was arrested. Image via wikipedia

Today the name of this woman is a symbol of courage to stand against oppression. Rosa and her husband were active members of the National Association for Advancement of Colored People and other civil-rights organizations

Rosa Park was college-educated and well aware of the personal and general consequences of her actions. But she also knew that the driver who ordered her to give up her seat that day was the same who forced her off the bus in humiliation years before. This time, she decided, would be different.

The system in place in public buses at the time of Parks’ famous ride forbade white and black passengers sharing a bench. White passengers entered and sat in the front; black passengers went through the front to pay, then moved to the back door to enter the black section (always with hope the bus wouldn’t drive away).

If the white section was filled up, a row from the black section had to cleared out – all of the black passengers standing, even if a single white passenger was to sit down.