Ellen Lloyd - AncientPages.com - There are several different accounts of the legend about the mythical and highly spectacular submerged city of Ys. When reading about this mysterious place one immediately thinks of Atlantis and Sodom and Gomorrah.

According to ancient tales, the city of Ys was one of Europe's most beautiful places. It was built in the 4th century AD by Gradlon Mawr (Gradlon the Great), king of Cornouaille in Southern Brittany, France. 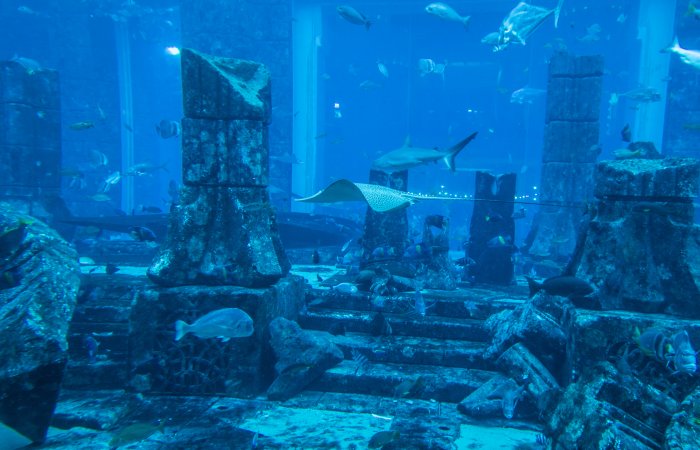 Most versions of the legend place the city in Douarnenez Bay. Because it was built below sea level, Ys was protected by great sea walls. There was a lock gate to the port, and Gradlon alone would decide when it should be opened or closed for the fishermen.

As the legend tells, in his youth, when he was a pagan, Gradlon fell deeply in love with a beautiful half-woman/half-fairy. Unfortunately, however, he later offended this mysterious creature by converting to Christianity and seeking the counsel of St. Gwenole.

The fairy fled from Gradlon across a torrential river, warning him not to follow. The brave Breton, however, plunged headlong into the swirling waters after her.

According to the legend princess, Dehut became a mermaid.

The fairy was forced to save his life, but spurned him nevertheless and hated him all the more for having made her admit that she loved him still.

From their union came a daughter, Dahut, who Gradlon claimed and raised. Princess Dahut was deeply attached to the ancient Celtic gods, and she accused Corentin, the bishop of Quimper, of having made the town a sad and boring place.

She dreamed of a city where only riches, freedom, and the joy of living would reign.

She gave a dragon to the townspeople, which captured all the merchant ships at sea. Thus did Ys become the richest and most powerful city in Brittany. 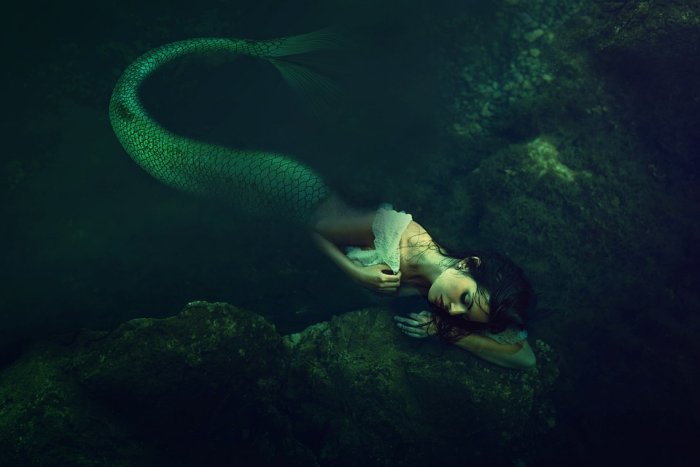 A storm broke out in the middle of the night and the waves could be heard smashing against the gate and the bronze walls. Dahut said to the knight: "Let the storm rage. 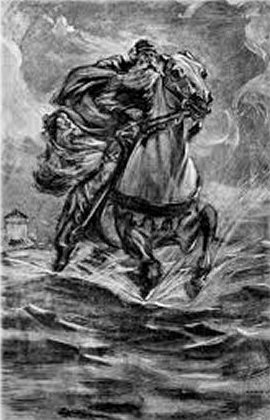 The gates of the city are strong, and it is King Gradlon, my father, who owns the only key, attached to his neck."
The knight replied: "Your father the king sleeps. You can now easily take his key." Dahut stole the key from her father and gave it to the knight, who was none other than the devil. The devil, or, in another version of the story, a wine-besotted Dahut herself, then opened the gate. Because the gate was open during the storm and at high tide, a wave as high as a mountain collapsed on Ys.

King Gradlon and his daughter climbed on Morvarc'h, his magical horse. Saint Winwaloe approached them and told Gradlon: "Push back the demon sitting behind you!" Gradlon initially refused, but he finally gave in and pushed his daughter into the sea.

The sea swallowed Dahut, who became a mermaid or morgen, a water spirit that is doomed to swim the lonely seas for eternity Gradlon took refuge in Quimper, which became his new capital.

The fate of the city of Ys resembles the story of Sodom and Gomorrah, mentioned in the Book of Genesis and throughout the Hebrew Bible, the New Testament, and in deuterocanonical sources, as well as in the Qur'an. Just like Sodom and Gomorrah, the city if Ys and its inhabitants were punished for their wickedness and buried underwater like Atlantis.

Did the city ever exist or will the place forever stay in the realm of mythology? Perhaps one day the ruins of one of the greatest and most beautiful ancient cities of Europe will be discovered beneath the waves in the bay of Douarnenez. It is said that Ys was only flooded.

To this very day, when it is calm, the fishermen of Douarnenez often hear the bells ringing under the sea.

They say that one day Ys will be reborn finer than ever.

It is a common saying that Paris - "par Ys" - is called after this mythical submerged city.