These images and video give us a unique and fascinating look into the past. 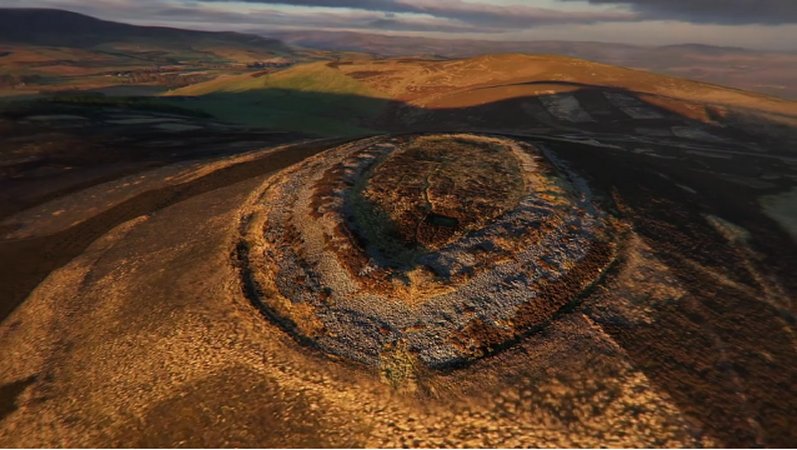 The White and Brown Caterthuns are two massive Iron Age hill-forts that were constructed with various building methods.

These impressive forts are among the best-preserved forts in Scotland and their names are very appropriate. The White Caterthun is crowned by a mass of pale stone, while the Brown Caterthun lies beneath a dark mantle of heather.  The two forts are only 2.6 km (1,5 m) apart, but they are very different and unfortunately there is no dating evidence for either.

The White Caterthun fort is considered to be one impressive ruined wall in Britain. Surrounded by a massive stone wall that was initially as much as 40 feet thick, this prehistoric fort covers an area of about 550 by 220 feet in circumference. 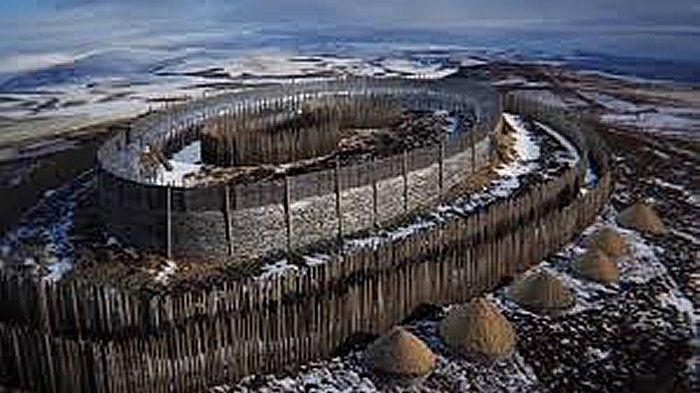 The fort was constructed in the last few centuries B.C. and reveals how skilled the ancient builders in Scotland were. Both these forts are are among the best-preserved forts in Scotland.

The White Caterthun has a massive spread of stones, tumbled from two concentric walls, which in their heyday must have presented a stunning sight. The inner wall alone was some 12 m thick and several metres high, enclosing an area of about 2 acres (.7 hectares). Now the combined boulder mass is spread over about 30 m (100 ft).

A great hollow in the interior marks the location of a large rock-cut cistern that held the fort's water-supply. Two major outer lines of earthwork defences are still visible. According to tradition, a witch took only one morning to carry the stones here in her apron.

A mile to the Northeast, we can find the Brown Caterthun Iron Age fort. It is slightly smaller, but it is also a very intriguing ancient construction. Archaeologists believe that the Brown Caterthun fort was used either in defensive or ritual purpose. When it was built is unclear, but scientists estimate its construction range from 3,000 B.C to 500 B.C.

Who built the fort is also uncertain, but most likely it was raised by the Picts. 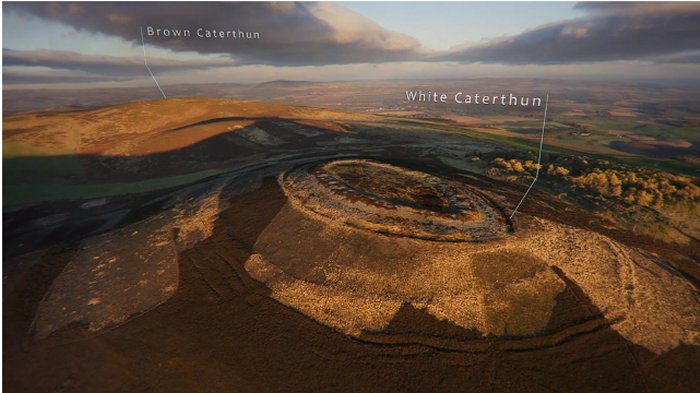 Kieran Baxter, filmmaker and PhD student at Scotland's Dundee University specializes in merging aerial photography with digital visualization. With help of archaeological research and visual FX, Baxter reconstructed the two Iron Age forts so we can get a glimpse into the ancient past.

On his website, Baxter writes that the aim of his PhD project is to “to better understand how an emerging array of aerial platforms and digital image processing techniques can be used creatively to enhance public engagement with built heritage and it's associated archaeological narrative.”

The results of his study and work are amazing and his film won The Doctoral Award at the AHRC Research in Film Awards 2016.