A. Sutherland - AncientPages.com - Astronomical tradition of ancient China was an important part the country’ cultural tradition and dates back to the Bronze Age and 1800 BC. Through the millennia, it changed, but the core – the basic pattern of the Chinese astronomy – remained the same.

To early astronomical observations – especially the passage of the sun  - the Chinese used a simple but very powerful instrument known as ‘gnomon’.

The Chinese used a ‘gnomon’ instrument as it was confirmed by archaeologists who discovered the early graphic symbol that represents an idea or perhaps a concept of this useful instrument on Bronze Age oracle bones of Shang Dynasty.

Several accounts of Chinese gnomons – before and after the birth of Jesus Christ – also confirm their use. For example, one such large ‘gnomon installation’ existed at Yang-Cheng town, (now Gao-cheng (Gaocheng), located about 50 miles south east of Louyang, (then, the capital of the Eastern Han Dynasty (25-220 AD).

Elusive Planet Mercury As Seen Through The Eyes Of Ancient Astronomers

The Gaocheng Observatory situated at Dengfeng in the central Chinese province of Henan, is a historic solar observatory with a long tradition: it also has a very powerful structure. 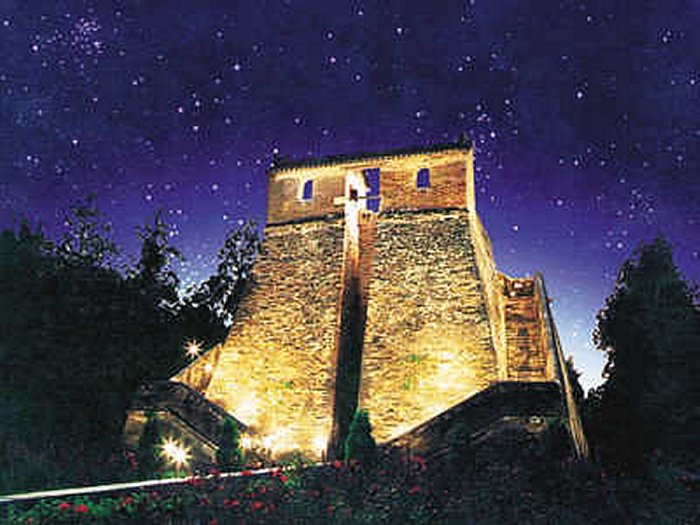 The structure has trapezoidal shape and was constructed of bricks and stones; it is composed of two main parts the body and shigui (‘the ruler to measure the sky’).

It is the oldest astronomical platform in China with tradition that goes back to the time of the Mongol rule.  It was built from 1267 to 1269 during the Yuan Dynasty (1271-1368), when the Empire of Yuan was established and it was used for observations of the stars, the sun and for recording of time.

The structure is also one of the most ancient observatories in the world.

Additionally, there have been commissioned the construction of 27 observatories the so-called 'observation stations' scattered across the China.

The Gaocheng Observatory played an important role because it was determined to be the 'earth core', which means the most central point on the surface on our planet. It delivered  very precise observations. 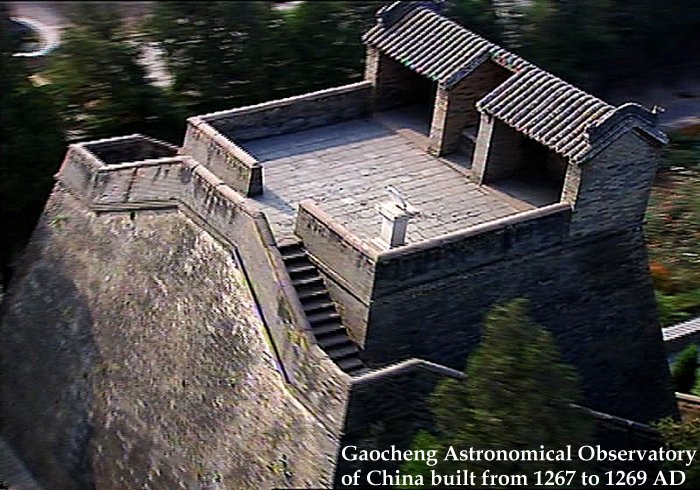 The structure has trapezoidal shape and was constructed of bricks and stones; it is composed of two main parts the body and shigui (‘the ruler to measure the sky’).

It is 9.46 meters high by itself, and 12.62 meters high if the 2 cabinets on the top are included. The somewhat unconventional gnomon is a bar mounted horizontally between the 2 cabinets. The shigui extending to the far north is 31.9-m-long stone measurement path that stretches out in front of the building and is used to measure the sun's shadow.

It is made up of 36 square stones with two parallel waterways on it to check its levelness. The location of shigui is in accordance with the direction we take today to measure the Meridian. External stairway lead to the structure’s top.

Gaocheng Observatory was designed by Guo Shoujing (1231-1314) who was an inventor,  mathematician and astronomer. He used his engineering skills to advance several instruments indispensable for measuring of celestial bodies.