A. Sutherland - AncientPages.com - Valley of the Kings was protected by a goddess called Meretseger, according to an ancient Egyptian legend.

The goddess took the form of a cobra and was believed to kill anyone who had evil things in mind, or who swore false oaths. 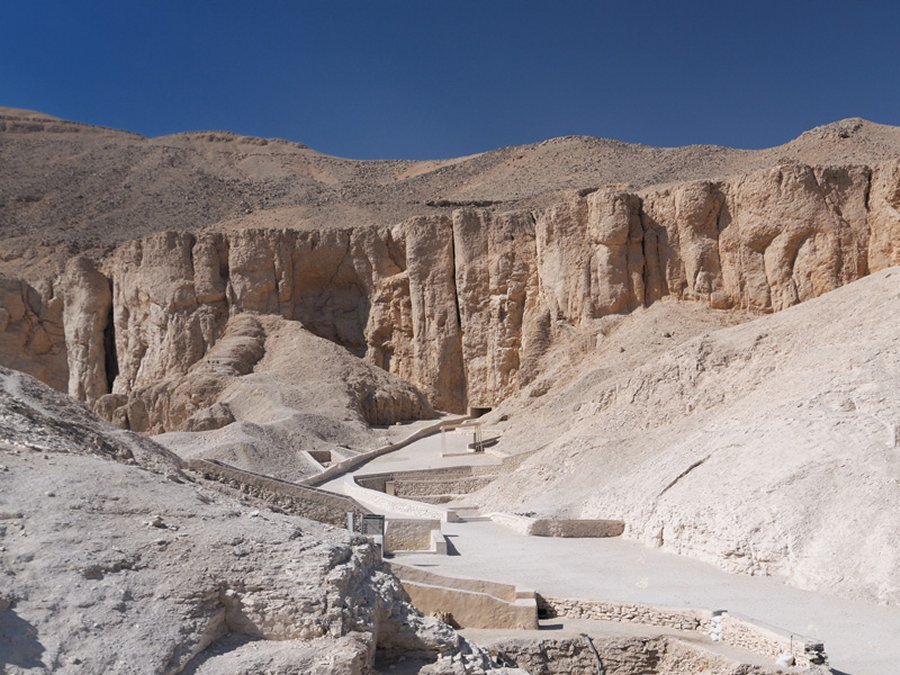 Then, several other tombs - hidden in rocky caves - were built and the valley became a royal necropolis for the greatest personalities of ancient Egypt, such as Tutankhamun, Seti I, and Ramses II, and many others. Image via Egypt Tourism

For over 1700 years, the Egyptians buried their dead kings in the pyramids and tombs.

Valley of the Kings (in Arabic: Wadi Biban el-Muluk meaning 'the Kings' Gates') located on the Nile's west bank near Luxor, was used for burials from approximately 1539 BC to 1075 BC.

The first royal tombs in the valley were those of Amenhotep I (still disputed) and Thutmose I, the third pharaoh of the 18th dynasty of Egypt. He received the throne after the death of the previous king, Amenhotep I. 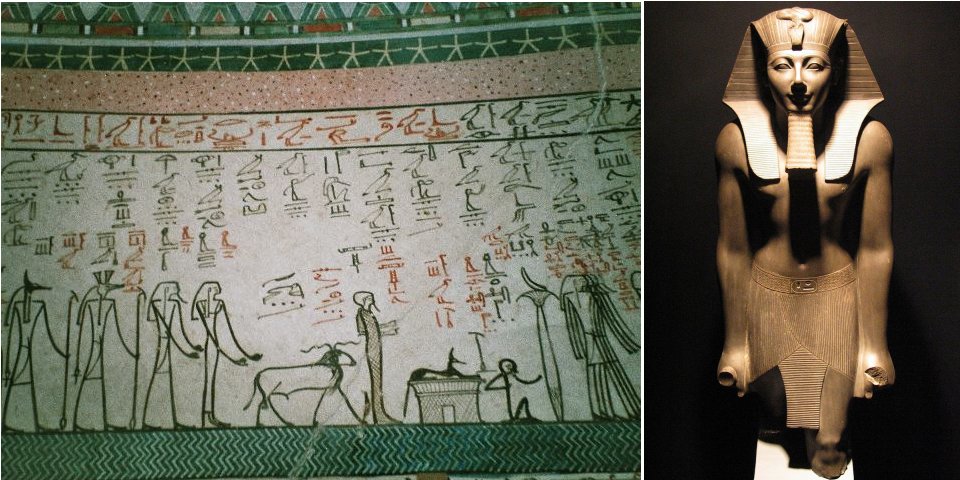 Left: A scene from the Amduat on the walls of the tomb of Thutmose III, KV34, in the Valley of the Kings. Right: Thutmosis III statue in Luxor Museum. Image source

Then, several other tombs - hidden in rocky caves - were built and the valley became a royal necropolis for the greatest personalities of ancient Egypt, such as Tutankhamun, Seti I, and Ramses II, and many others.

Many of the Valley’s burial chambers were richly decorated with paintings and murals depicting the life of the deceased, the scenes of the afterlife according to the Book of the Dead, along with items that would enable a continued existence in the afterlife in well-being. There were also ritual magical artifacts such as Shabtis and divine figurines. 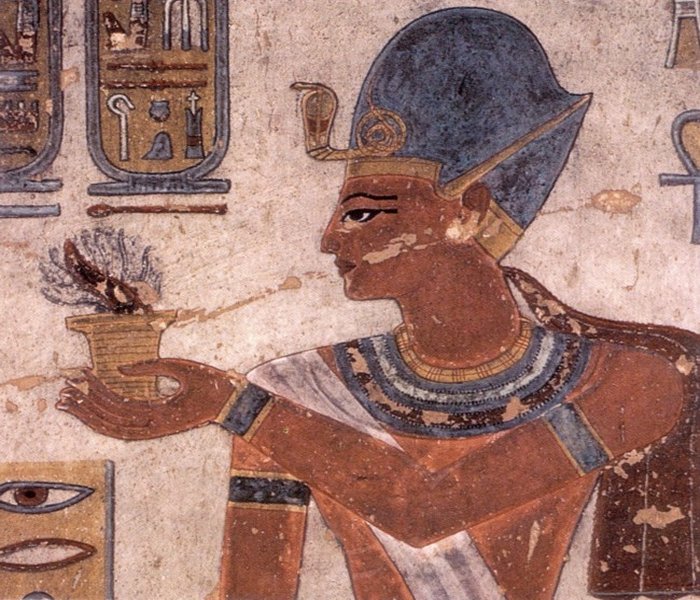 When archaeologists began excavations at the beginning of the nineteenth century, many tombs were already looted.

The first great archaeological discovery in the Valley of the Kings was made in 1768 by English traveler James Bruce, who discovered the tomb of Ramesses III, the second Pharaoh of the Twentieth Dynasty.

In 1798 Napoleon Bonaparte invaded Egypt, taking with him 40 scientists to record ancient and modern life along the Nile. Their findings were published in 1809 in a book called ‘Description de l’Egypte’.

It took more than 3 years to excavate and catalog the contents of the tomb.
One of the most sophisticated tombs discovered in the Valley of the Kings was that of Thutmose III. Inside the tomb, only the wooden statues of the king and other gods, the red quartzite sarcophagus, pottery, bits of wooden model boats, and the bones of animals were found. 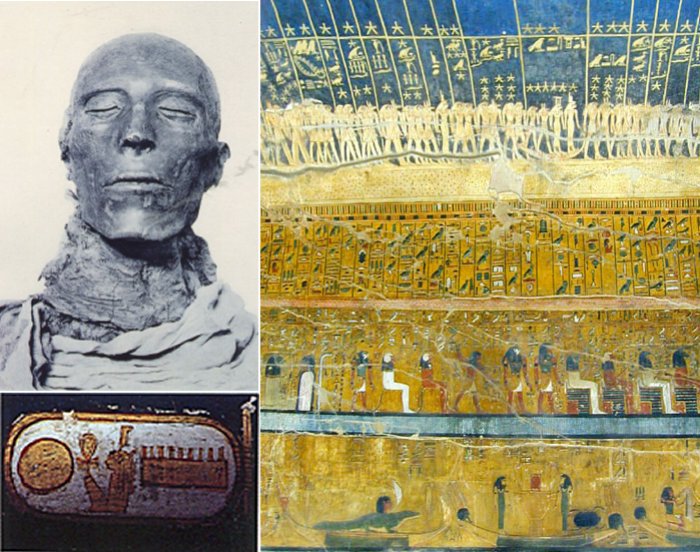 Upper left: Seti I's mummy was found in Deir el Bahari cache. Below: His cartouche and to the right: KV17: Seti I's tomb

The tomb (KV17) was found in 1817 by Giovanni Battista Belzoni. It was also the first tomb with decorations including ‘The Legend of the Destruction of Mankind’ on every passageway and chamber with highly refined bas-reliefs and colorful paintings - fragments of which, including a large column showing Seti I with the goddess Hathor, can be seen in the Museo Archeologico, Florence.