Ellen Lloyd - AncientPages.com -  In 1650 B.C, Egypt was invaded by a group of foreigners who according to the Jewish historian Flavius Josephus called themselves Hyksos.

The Hyksos people were mixed, West Asian people. The Hyksos established a powerful empire in large parts of ancient Egypt that lasted over 100 years before the pharaoh Kamose, the last king of the Theban Seventeenth Dynasty started a war of liberation from his seat of power in southern Egypt. 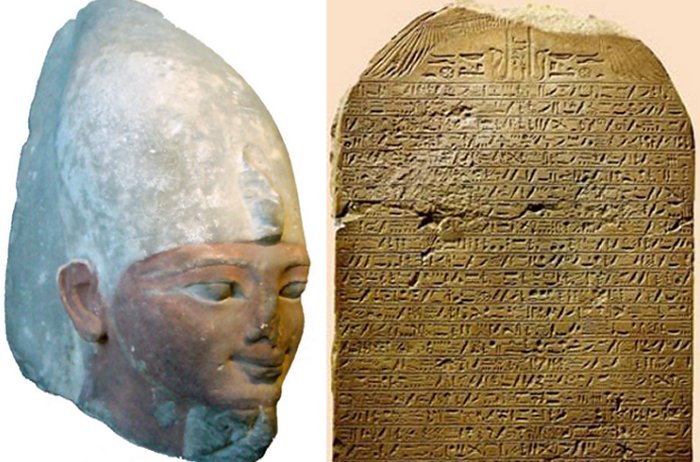 Ahmose I and Tablet Records/Luxor Museum

Josephus mistranslated Hyksos as "Shepherd Kings", but Hyksos was most likely an Egyptian term for “rulers of foreign lands” (heqa-khase), and it almost certainly designated the foreign dynasts rather than an ethnic group. Modern scholarship has identified most of the Hyksos kings’ names as Semitic.

The Hyksos occupation was later described as a highly traumatic event for the Egyptian people, but it is not clear whether this was actually the view of contemporary Egyptians who lived under their control.

From Avaris the Hyksos 15th dynasty ruled most of Lower Egypt and the Nile valley as far south as Cusae.  The 16th-dynasty rulers who were minor Hyksos kings ruled in Upper Egypt simultaneously with those of the 15th dynasty. Much of ancient Egypt was under the control of the Hyksos at a time.

Pharaoh Kamose’s father started the initiatives to remove the Hyksos from power and it quite possible that he lost his life in battle with the Hyksos.

Kamose sought to extend his rule northward over all of Lower Egypt, but he was met with much opposition. He was killed in a battle and his mother Ahhotep I and brother Ahmose I continued the campaign against the Hyksos.

The war against the Hyksos changed ancient Egypt in many ways.

Pharaoh Ahmose I completed the conquest and expulsion of the Hyksos from the delta region, restored Theban rule over the whole of Egypt, and successfully reasserted Egyptian power in its formerly subject territories of Nubia and Canaan.

He also founded the 18th Dynasty, New Kingdom and this was the beginning of ancient Egypt’s Golden Age.

Pharaoh Ahmose I laid the foundations under which Egyptian power reached its peak. His reign is usually dated to the mid-16th century BC.

However, the Hyksos invasion changed the history of ancient Egypt in many ways. The experience of the long foreign occupation resulted in that Pharaoh Ahmose I established buffer zones between Egypt and its Asian foes.

The period when the 500-meter long ‘giant fence’ was built near the ancient city of Avaris in Egypt coincided with the invasion of Egypt of the Hyksos.

The emerging Egyptian empire stretched from Sudan to the south, across Syria in the north, Iraq to the east. Ancient Egyptians were now able to bring home war trophies and slaves from neighboring countries that were also forced to pay taxes to the New Kingdom.

The war with the Hyksos led to that the Egyptians established their first standing army.

Soldiers were given lands big enough to support their families and those who distinguished themselves in battle were rewarded with large estates. The money they earned on their lands gave them the possibility to move to the larger cities. A new social class of richer people had been born.

The prosperity of the New Kingdom also changed Egypt’s religious life. The pharaohs still had larger temples than the gods, but the country’s military success made the rulers more eager to share the glory with the ancient gods.

Amun-Re was soon worshipped all across Egypt. With the expulsion of the Hyksos rulers of Egypt, Amun's growth was accelerated due to the vindication of both Egyptian power and Amun-Re as a protector of both the Egyptian state and the Monarchy and the deity’s importance grew spiritually and politically. 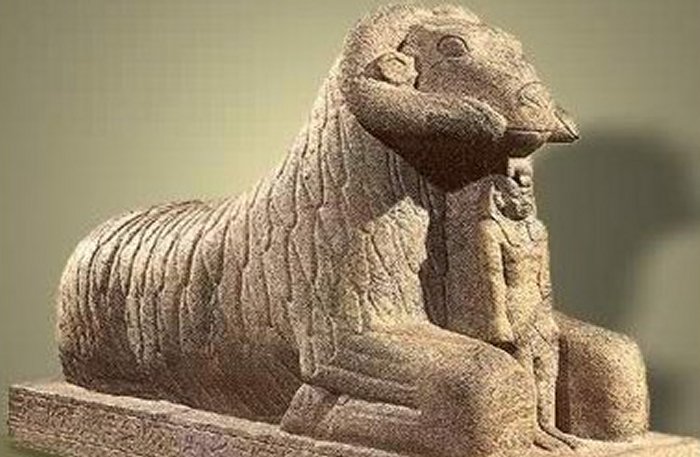 The New Kingdom that Egypt became something of a Theocracy. At the apex of his worship, Egyptian religion approached monotheism. The other gods became mere symbols of his power, or manifestations of Amun-Re. In essence, he became the one and only supreme deity.

This was a very unusual religious development in ancient Egypt where it was common each city had its own god.

Fagan, Lord and Pharaoh: Carnarvon and the Search for Tutankhamun