A. Sutherland  AncientPages.com - Many early European settlers in America were convinced that Native Americans had no religion but the opposite was true. In fact, Native Americans were very religious, but their religion was animistic and it was based on a belief that there are living souls in trees, stars, etc. 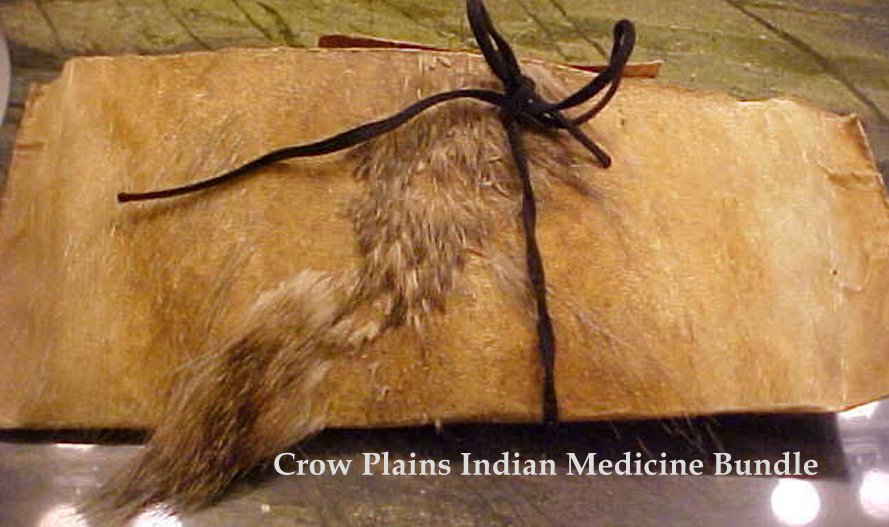 The spiritual beliefs of these people were very different from those of the new settlers on the Great Plains.

Among all the Indian tribes, but especially those inhabiting the Great Plains, there were few sacred buildings of any kind; some of the sacred places were those where particularly great events had occurred. One of the most famous and important was the ‘Sacred Canoe’ of the Mandans (a Native American tribe residing in North Dakota), which was made of ancient willow boards believed to come from the planks, on which the first ancestors had been rescued from the primeval flood. 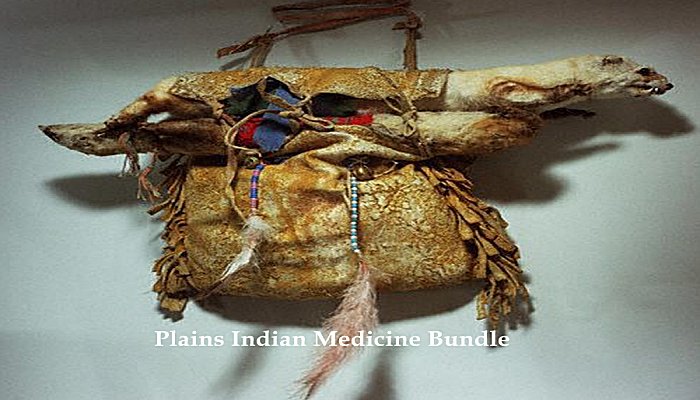 Instead of sacred places, the Indians venerated the medicine bundles, which were portable shrines of various sizes and shapes. The medicine bundle was central to the Natives’ practice of religion because they believed in the power of the Medicine Bundle (also called ‘Medicine Bag’.)

The Mandan’s personal medicine bundles – are passed down from generation to generation – are owned by both men and women and constitute the evidence of visionary contact with a specific spirit.

If this spiritual power was considered inadequate a bundle might be disposed of and another vision sought. Each bundle has its own sacred songs and rituals associated with its opening. Bundles owned by women are often associated with healing. Among the Mandan, a man may inherit a personal bundle from his mother’s relatives, but not from his father. Before inheriting a bundle, however, a man has to show that he is worthy of it.

A sacred medicine bundle - a wrapped collection of sacred items - was also customary to be carried by the Indians who carried pipes, herbal remedies including tobacco, cedar, sage, sweetgrass, and animal-related things in the medicine bundles because they believed they represented powerful objects. 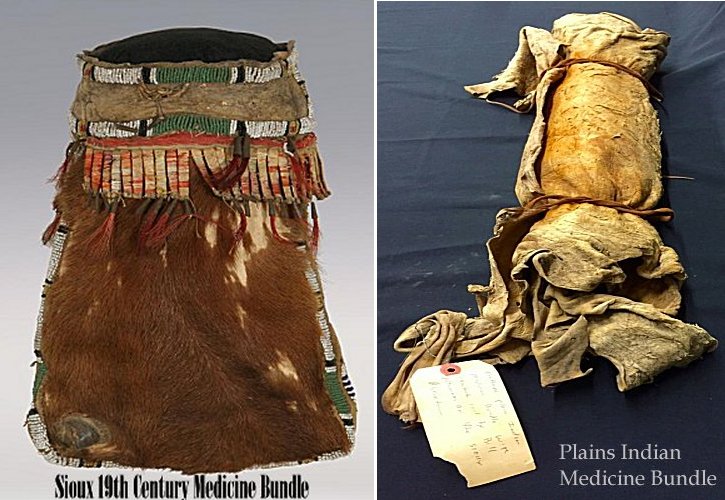 The medicine bags were supposed to help heal the Plains Indians, spiritually and physically, but to open or use a bundle without the proper ritual and ceremony predicted a disaster.

The Indians believed that the medicine bundles with their precious, both symbolic and ritual items inside, were the relics of the first ancestors, or sacred objects given by the gods to protect man, give strength in battle and bring good fortune.

This common belief of the Native Americans was almost identical with the sacred bundles preserved among the Aztecs of Mexico, the Quiché Mayas and very similar to the sacred bundles- called ‘tjurungas’ and kept by the Australian aborigines.

The medicine bundle was always regarded as a form of property, that could only change hands but within a family to whose ancestor it had first been entrusted.

Food and high values in skins had to be exchanged in return for a bundle.

Some bundles were owned by individual Indians; medicine bundles belonging to the medicine men were used in healing ceremonies. Other ones belonged to the whole tribe; each secret society had its own medicine bundles.

For the Cheyenne, the most important medicine bundle contained many objects with magical power, including a hat made from the hide of a buffalo, four arrows (two for hunting and two for warfare); for the Sioux, a pipe was treasured; it was given to the tribe by a white buffalo calf.

The Arapaho treasured the flat pipe, a long tobacco pipe with a stem approximately the length of a man's arm. The object was wrapped in a bundle and was usually opened and smoked only on special occasions and rituals. Similar importance for this tribe, had another sacred relic - a hoop or wheel.