A. Sutherland - AncientPages.com - Windcatchers are very old  wind towers can be still found  across the Middle East. The structures were created by ancient engineers to create natural ventilation in buildings. 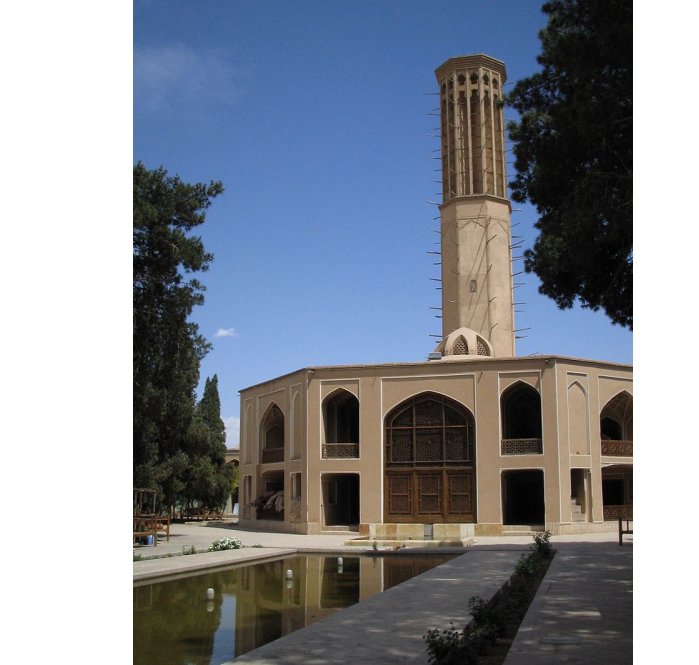 The windcatcher of Dowlatabad in Yazd, Iran—one of the tallest existing windcatchers. Image credit: Fabienkhan

As we have previously wrote in one of our articles, ancient Persian engineers mastered the technique of storing ice in the middle of summer in the desert. In order to accomplish this, they constructed ancient structures, called yakhchals that should not be confused with pyramids or ziggurats. 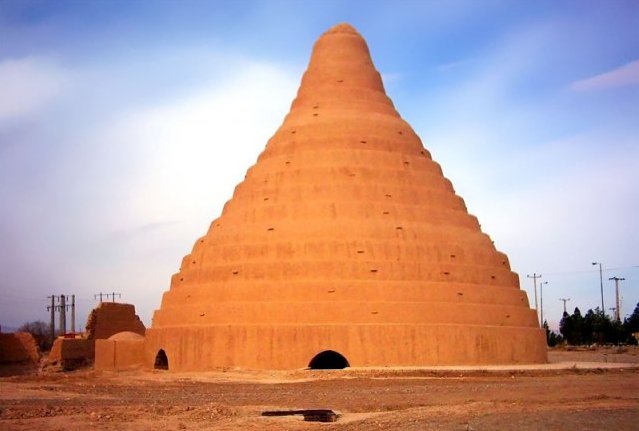 Yakhchals were ingenious ancient ‘refrigerators’  in the hot desert.

The yakhchals are in fact ancient “refrigerators” used to store ice and other food items. 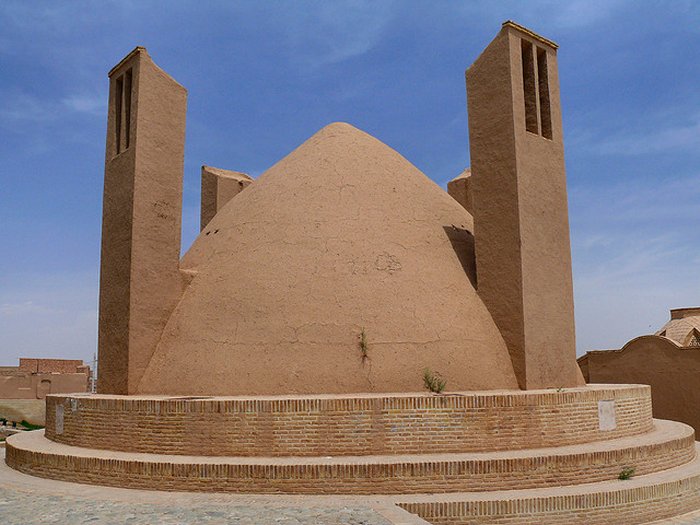 We find them in Iran, Afghanistan and Pakistan and they have all traditional Persian-influenced architecture. The windcatchers are also known in traditional Egyptian architecture in Ancient Egypt as demonstrated in Windcatchers on the Pharonic house of Neb- Ammun, Egypt, 19th Dynasty, c.1300 BC, British Museum.

It was revived in Neoislamic architecture as the works of Hassan Fathy. In Egypt the windcatchers are known as "Malqaf".

The reason for constructing these ancient wind towers is related to the climate in the region. Towns centered on desert oases tend to be packed very closely together with high walls and ceilings, maximizing shade at ground level. The heat of direct sunlight is minimized with small windows that face away from the sun.

Serving as ventilation systems they have given the people of the Middle East air conditioning for thousands of years. 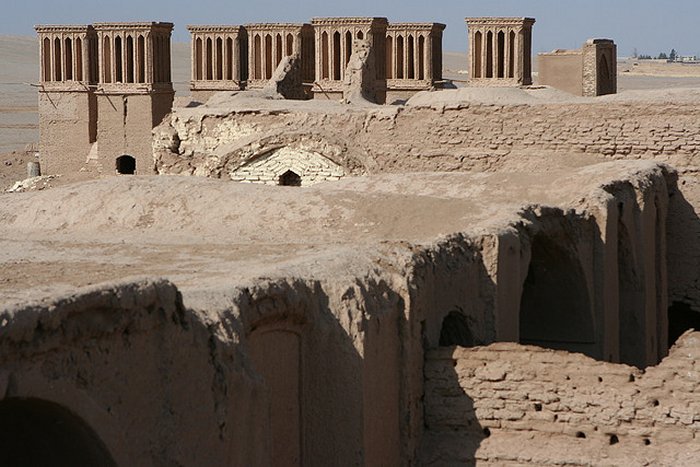 They function in one of three ways. Some direct the airflow downwards and use direct wind entry. Others direct airflow up either using a temperature gradient assisted either by the sun or the wind.

Despite their very old origin, windcatchers may even provide a solution for some very modern architectural problems.

The ancient windcatcher approach has been utilized in Western architecture, such as in the visitor center at Zion National Park, Utah, where it functions without the addition of mechanical devices in order to regulate temperature. 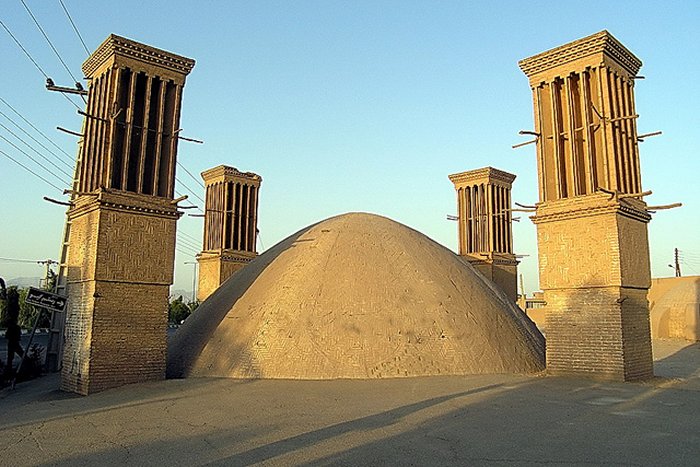 The construction design of windcatchers vary much but they all perform a similar key function: channeling prevailing winds trapped in vents above the roofs of buildings down to cool and ventilate the rooms located below.

They have been built since antiquity but their ingenious design can still contribute with ideas, necessary in our modern society.