A. Sutherland - AncientPages.com - The forgotten ancient Canaanite city of Ugarit was discovered in 1928 by a local farmer plowing his field. He was not aware that he accidentally came across the remains of an ancient seaport that was at its political, religious, and economic greatness around the 12th century BC. 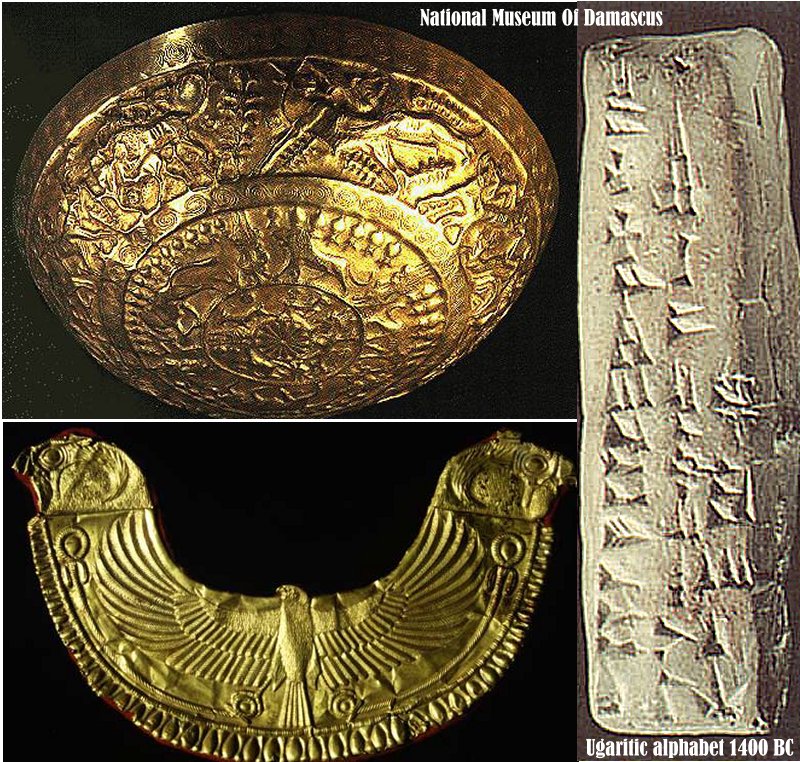 Artifacts from the ancient city of Ugarit. Credits: National Museum Of Damascus

Soon, the site called by the local residents, Ras Shamra, became an important place of discoveries of a cemetery only 150 meters from the Mediterranean Sea, an ancient city of Ugarit, and a royal palace built on a trapezoid-shaped mound, about 20 meters high.

Ugarit was one of the major Canaanite city-states during the second millennium BC. At first, the vaulted tombs found at the site and painted pottery of Ugarit's cemetery suggested that the ancient city was a Mycenaean colony. However, as the first texts were unearthed, deciphered, and translate, it became obvious that Ugarit was a Semitic city.

In the graves, they discovered Egyptian artifacts dated to the 2nd millennium BC, including Phoenician, Mycenean, and Cypriot items. 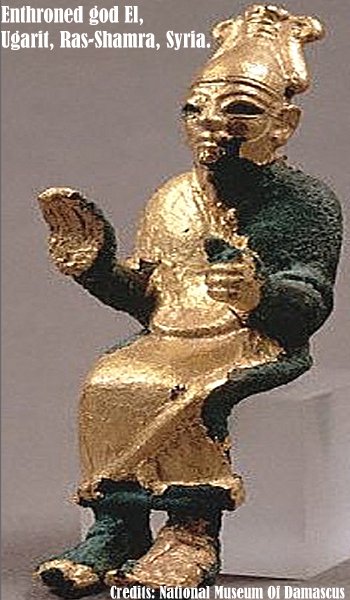 The city was located in a large artificial mound called Ras Shamra (Raʾs Shamrah), about 10 km (6 miles) north of Latakia, on the Mediterranean coast of northern Syria. Archaeological excavations since then had also uncovered ruins of temples, libraries, and private houses.

The most important discovery of the French archaeologists working at the site was a collection of tablets carved with an unknown (at that time) cuneiform script. The excavations of the site revealed finds of ancient records in cuneiform script.

The most important with the Ugaritic alphabet is that it was developed from cuneiform writing and was one of the most significant achievements in human culture because it enabled scribes to write on the basis of only a few of memorized letters, which were combined into words without the large and complex vocabulary of hieroglyphs or cuneiform patterns.

Scribes used four languages: Ugaritic, Akkadian, Sumerian, and Hurrian, and seven different scripts were used in Ugarit in this period: Egyptian and Hittite hieroglyphic and Cypro-Minoan, Sumerian, Akkadian, Hurrian, and Ugaritic cuneiform. These show clearly the multicultural character of the city.

A few years later, some of the Ugaritic texts were deciphered and they revealed that belong to the famous city of Ugarit. 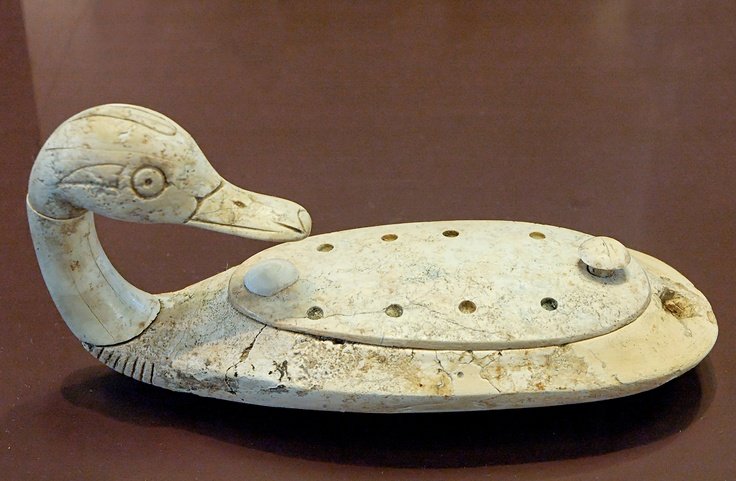 A duck container made from hippopotamus tusk dated to the 13th century BC was found at Minet el-Beida, a place that served as the harbor town and necropolis for Ugarit. Image credit: Marie-Lan Nguyen -  Public Domain

The Ugaritic texts helped to reveal an entirely new mythological and religious literature, and several other palatial as well as private libraries were found, along with archives dealing with all aspects of the city’s political, social, economic, and cultural life.

Today, the Ugaritic alphabet – closely related to Aramaic, Syriac, and Hebrew - does not exist anymore but the Greek alphabet became its reincarnation.

Ugarit experienced a very long history. A city was built on the site in the Neolithic period around 6000 BC. The oldest written evidence of the city is found in some texts from the nearby city of Ebla written around 1800 BC. Many texts discovered at Ugarit revealed an Old Canaanite mythology, which played an important role in the city. A tablet names the Ugaritic pantheon with the main deities: Babylonian equivalents -  El, the supreme deity of the Canaanites, Asherah of the Sea, and Baal. 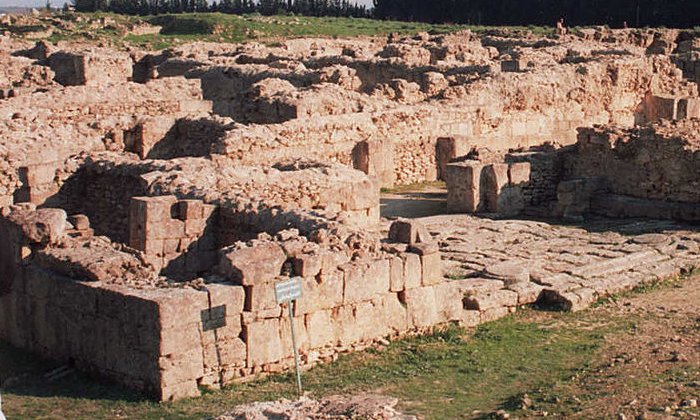 The population of Ugarit at that time was roughly almost 8000 people. Ugarit traded with Egypt, Cyprus, the Aegean, Syria, the Hittites, and much of the eastern Mediterranean region.

The city of Ugarit continued to be dominated by the Egyptians through 1400 BC.  Soon after 1200 BC, Ugarit came to an end.

'My father, behold, the enemy's ships came (here); my cities(?) were burned, and they did evil things in my country. Does not my father know that all my troops and chariots(?) are in the Land of Hatti, and all my ships are in the Land of Lukka?... Thus, the country is abandoned to itself. May my father know it: the seven ships of the enemy that came here inflicted much damage upon us...'

No help arrived at Ugarit, which was burned to the ground at the end of the Bronze Age.