Ellen Lloyd - AncientPages.com - Anansi the Spider is a very popular creature encountered in African mythology. This West African god frequently takes the form of a spider and he is considered to be not only a trickster and folk hero but also a spirit of knowledge. 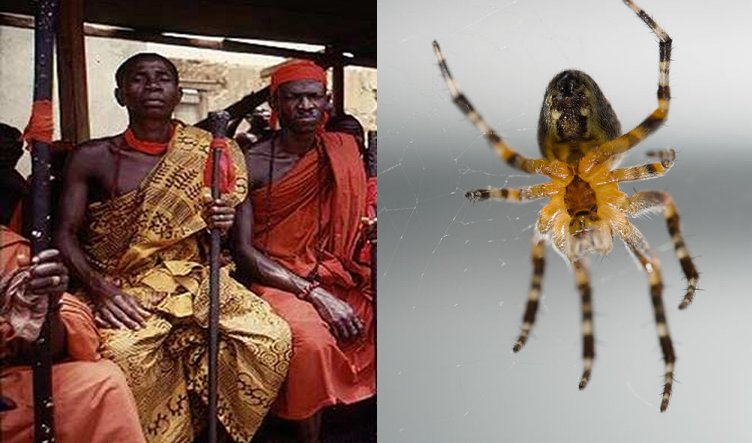 The stories of Anansi are believed to have originated from the Ashanti. Later they were re-told by the Akan people in Ghana, and from there the stories spread through West Africa.

The word Ananse is Akan and means "spider". Anansi is depicted in many different ways. Sometimes he looks like an ordinary spider, sometimes he is a spider wearing clothes or with a human face and sometimes he looks much more like a human with spider elements, such as eight legs.

During the Atlantic slave trade, the stories crossed the ocean with the slaves through oral tradition. Especially in the Caribbean, Anansi’s cunning ways are often celebrated as a symbol of slave resistance and survival.

People believe that the Anansi is able to obstruct his powerful oppressors using his cunning and deceptive. 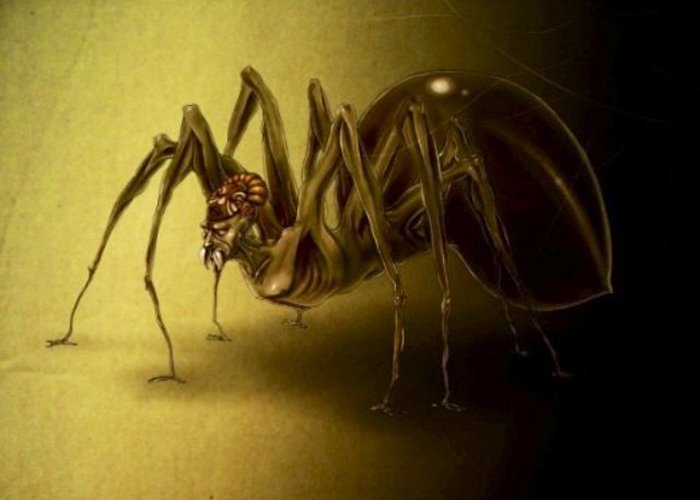 Anansi can appear as a spider or as a person.

West Africans originally considered Anansi to be the creator of the world and he was often called Kwaku or Kweku Ananse. In some stories Anansi is the son of Nyame, the sky god, who becomes so annoyed with his son’s mischief and trickery that he turns him into a spider.

Anansi often acted as a communicator between humans in their dealings with the sky god Nyame. It is believed that Anansi persuaded Nyame to give both rain and the night to people.

Anansi can appear both as a spider or a person. He is a great trickster with few scruples, who uses his wit and cunning to get an advantage over animals that are bigger and stronger than him.

Anansi shares similarities with the trickster figure of Br'er Rabbit, who originated from the folklore of the Bantu-speaking peoples of south and central Africa. Enslaved Africans brought the Br'er Rabbit tales to the New World, which, like the Anansi stories, depict a physically small and vulnerable creature using his cunning intelligence to prevail over larger animals.

Just like other tricksters, Anansi often uses his victims’ habits and ways of life to trick them into situations in which he is able to achieve what he wants. 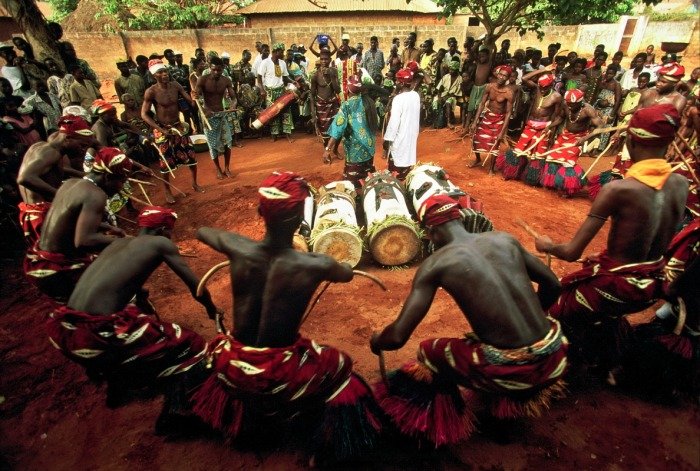 Anansi the Spider stories are still very popular in Africa.

Ancient stories describe him as a creature that can be selfish and sometimes even cruel. He might be helpful, but only when it suits his own purposes.

Despite his doubtful character, the Anansi is very popular and well-liked and that is why his stories are being repeated and kept alive.