A. Sutherland - AncientPages.com - It is fair to say it is an instrument with a past and future. The astrolabe is a beautiful ancient object. It is also a sophisticated very old astronomical computer especially created for solving problems related to time and the position of the Sun and stars in the sky. 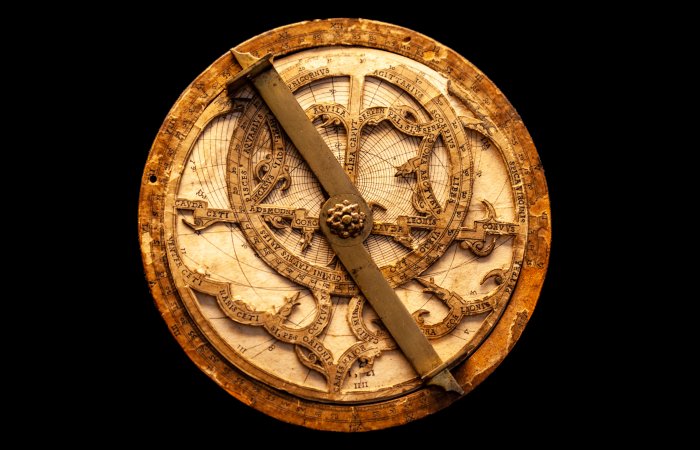 In most cases, the astrolabes were made of brass and had a 6-inch diameter. Some of the objects were much larger.

The oldest astrolabes date back to two thousand years ago. Among the most popular types is the planispheric astrolabe, on which the celestial sphere is projected onto the plane of the equator. Despite being created at a time when people thought that the Earth was the center of the universe, the astrolabe is a very useful ancient tool.

The object operates on the same basis as any other modern computer. You provide it with data, that is input information and then you receive output. 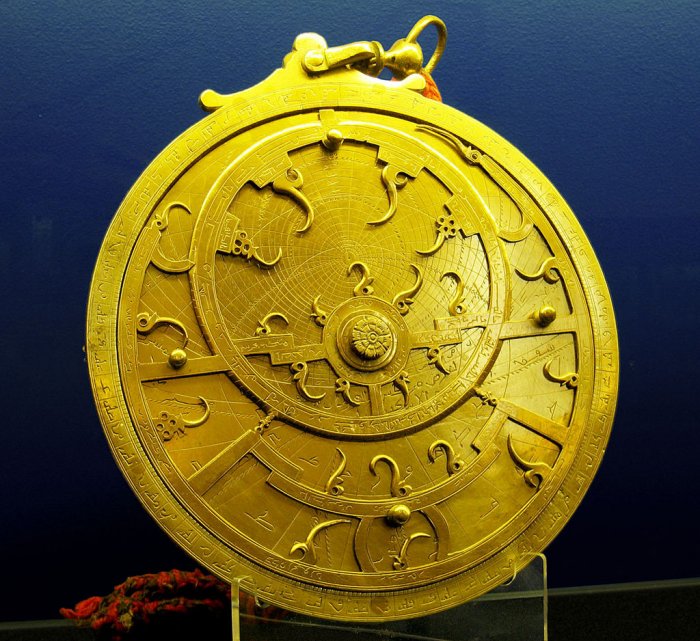 An 18th Century Persian astrolabe–maker unknown. The points of the curved spikes on the front rete plate, mark the positions of the brightest stars. The name of each star being labeled at the base of each spike. The backplate or mater is engraved with projected coordinate lines. From the Whipple Museum of the History of Science in Cambridge. Image credit: Andrew Dunn - CC BY-SA 2.0

Ancient people used astrolabes to find out how the sky looked at a specific place at a given time. This was done by drawing the sky on the face of the astrolabe and marking it so positions in the sky were easy to find.

To use an astrolabe, you adjust the moveable components to a specific date and time. Once set, much of the sky, both visible and invisible, is represented on the face of the instrument. 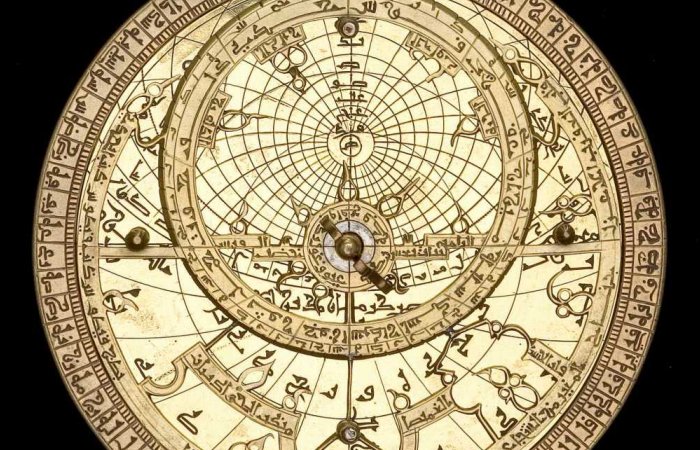 During the late Middle Ages, it served as a basic education astronomy tool and it was sometimes even used for astrological purposes.

The typical astrolabe was not a navigational instrument although an instrument called the mariner's astrolabe was widely used in the Renaissance. The instrument can measure the altitude above the horizon of a celestial body, day or night. it can be used to identify stars and planets, to determine local latitude on land or calm seas, to survey.

The astrolabe was of great importance in classical antiquity, the Islamic Golden Age, the European Middle Ages. The name 'astrolabium' also refers to the modern astrometric instrument (the so-called prismatic astrolabe), invented by the French astronomer André Danjon.

The early astrolabe was invented in the Hellenistic civilization by Apollonius of Perga between 220 and 150 BC, often attributed to Hipparchus, a Greek mathematician, geographer, and astronomer who lived in the 2nd century BC. The basic part of the astrolabe was a brass plate, on which the lines of the height of the celestial body above the horizon, the lines of azimuth, and the hour wheels were engraved. Through the center of the plate was a line marking the north pole of the sky.

Often, the astrolabe consisted of a round plate of bronze or tin with a movable tip mounted in its center, provided at both ends with cross-eyes. After setting the plate in the vertical position and after setting the pointer to the selected blue body, Kat was read on the scale visible on the top of the plate. On the base plate was fixed a second, rotating Azure plate, called rete, whose sharply pointed indicators delineated the positions of bright stars. In rete was placed an eccentrically cyan circle of the ecliptic.

Hypatia (c. 350–370; died 415 AD),  a great ancient scholar built many astrolabes, but she did not invent them, because the astrolabe was already in use at least 500 years before Hypatia was born.

Today, the astrolabe is still admired for its beauty and appreciated for its unique capabilities and its value for astronomy education.

References:
The Astrolabe: An instrument with a past and a future