The Great Viking Army (sometimes referred to as the Great Danish Army), known by the Anglo-Saxons as the Great Heathen Army was a coalition of Norse warriors, originating from Denmark and Norway (and possibly also from Sweden) who came together under a unified command to invade the four Anglo-Saxon kingdoms that constituted England. 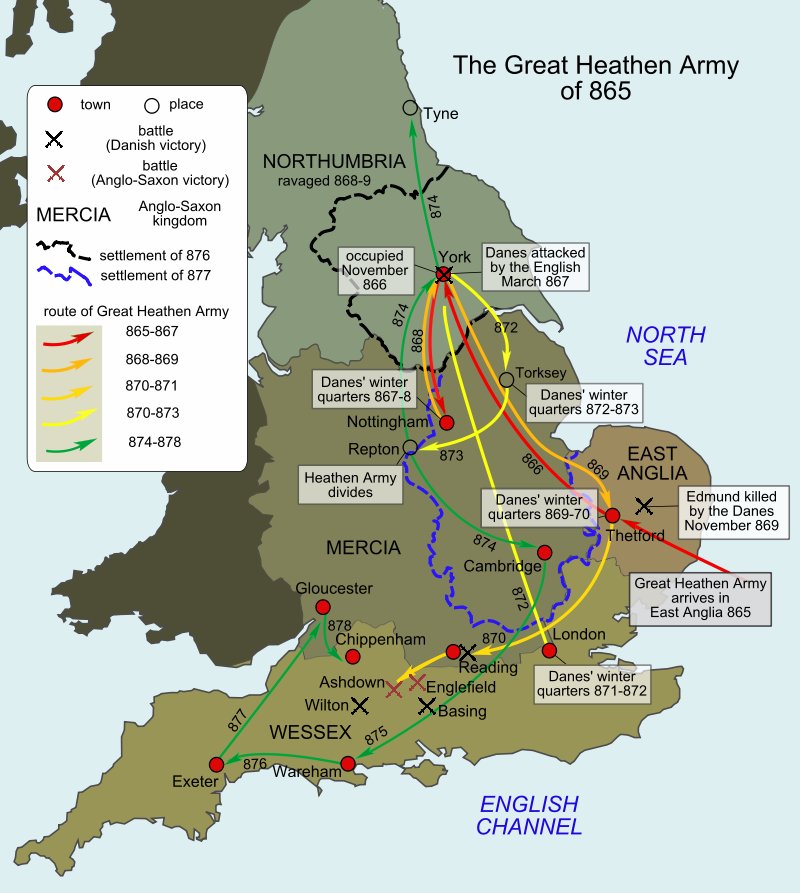 According to a legend this might Viking force was led by the sons of Ragnar Lodbrok, the legendary fearless Sea King.

After many battles against English Kings, Vikings from Denmark captured York in 867. Both Nottingham and York became part of the Viking domination. York became the capital of a Viking kingdom that lasted almost without interruption up to 954.

which granted Guthrum rule over a large area of East Anglia, called the Danelaw that was basically Danish territory in England. 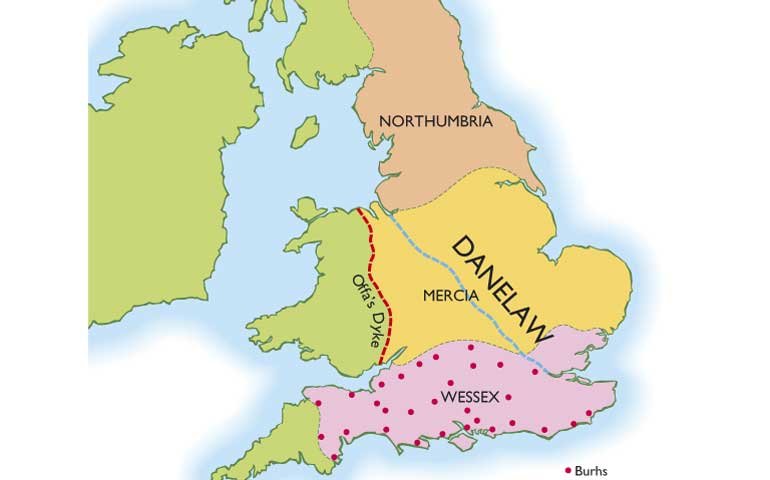 In 886 King Alfred managed to recover London and was accepted as overlord by all the English not subject to the Danes. King Alfred reorganized his army. He built ships and fortresses, planning to ring Wessex with them. He also made the Welsh kings his allies.

Battle Of Assandun: One Of The Great Battles In English History

In the 10th century Wessex’s power continued to grow under King Alfred’s son, Edward, who put down renewed Danish incursions into Wessex in the Battle of Tettenhall in 910 and moved against Vikings from Ireland who were attempting to conquer Northumbria. Edward also completed his father’s planned ring of fortresses. In 912 Edward and his sister, Aethelflaed, conducted separate campaigns into Danelaw and regained some lands.

The Danelaw slowly became smaller over time. By 918 AD the southern Danelaw was back under Anglo-Saxon control. In the north, Viking power collapsed after the Battle of Brunanburh in 937 AD.