A. Sutherland - AncientPages.com - The Celts were complex, sophisticated and powerful people in central and northern Europe that from around 750 B.C to 12 B.C. No-one called the people living in Britain during the Iron Age, Celts until the eighteenth century. The name Celts is a 'modern' name used to collectively describe all the many tribes of people living during the Iron Age. 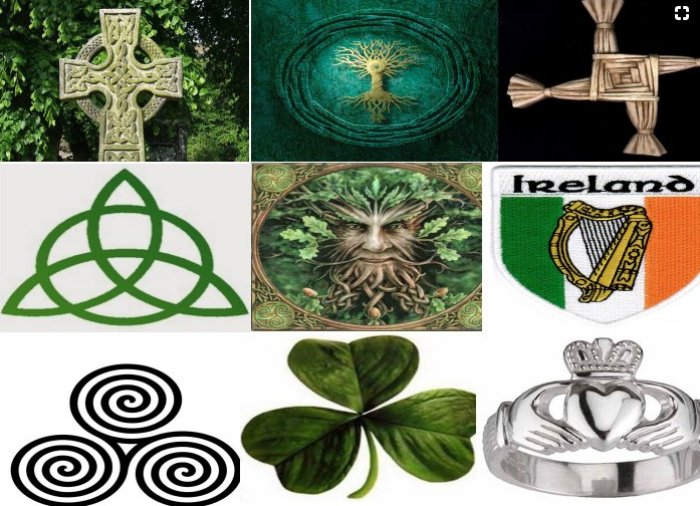 To the Celts symbols played a vital role and incredible, meaningful power in their lives. Symbols reflected Celtic beliefs and traditions. Stories behind their symbols have been carried on from generation to generation with the help of bards and storytellers, allowing Celtic heritage to live on.

Signs are often part of Celtic jewelry and these symbols and they always reflect the nature of important subjects like love, wisdom, war, loyalty, energy, and much more.

Many of the everyday things we often take for granted can hold hidden secrets, and by having the key to this knowledge we gain an insight into the minds and concerns of our ancestors who constructed these symbols.

In this top list, we examined the meaning behind 10 important ancient Celtic symbols.

1. Brigid’s Cross Is Older Than Christianity 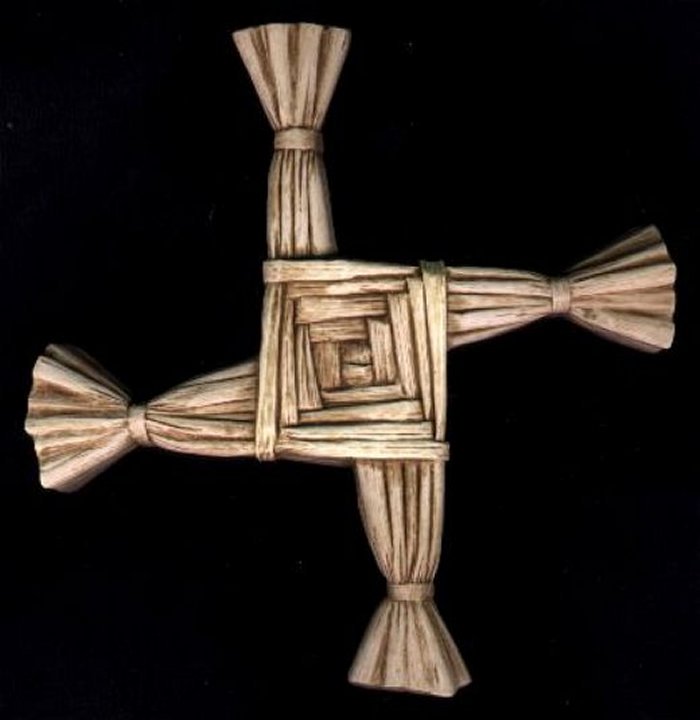 Brigid’s Cross is much older than Christianity. St Brigid also is known as “Mary of the Gael” was the founder of the first Irish monastery in Kildare. She was born in Dundalk in 450 A.D and is accredited with first creating the unique cross that bears her name, which is normally made from rushes but occasionally from straw.

The Celtic goddess Brigid was the daughter of the Dagda and one of the Tuatha Dé Danann before she was gradually morphed into a Christian saint of the same name in the Middle Ages.

Brigid’s Cross is thought to keep evil, fire, and hunger from the homes where it is displayed.

According to ancient Irish traditions, the spiral of the Brigid cross invokes the North Star and the pattern that the Big Dipper makes in the sky over the course of a year. As the night sky turns around the North Star, the Big Dipper turns through the seasonal year like the hand of a clock. 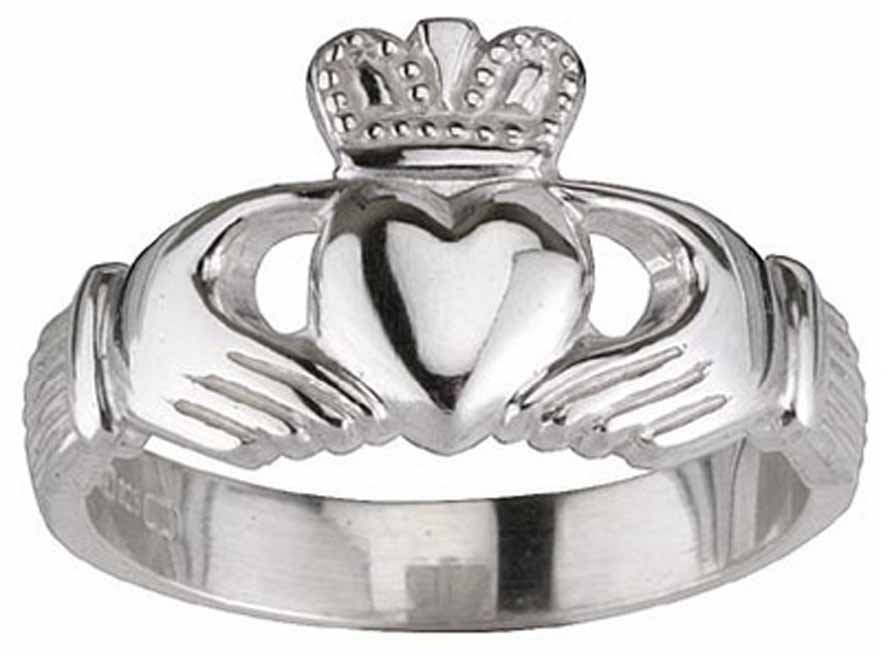 This symbol is associated with the legend of the Claddagh, a fishing village just outside the city of Galway. According to the legend, a young man, named Richard was fishing at sea with other men from his family when they were captured by pirates and brought to Africa as slaves. Years passed, many of the Irish fishermen died and Richard was miserable because all he wanted was to get back to his beloved who was in Ireland.

To keep his spirits up and to keep hope in his heart, each day Richard stole a tiny speck of gold from his slave masters in the goldsmith shop where he tended the fires. Years passed and, with his tiny pieces of gold, he was finally able to fashion a ring. It was his hope that, despite what seemed nearly impossible, he would return to his village and present the ring to his true love.

It remains unknown how Richard escaped or earned his release from slavery, but one day he was able to get back to Ireland. Richard was overcome with joy when he learned that his beloved had remained true to him in his long absence, waiting faithfully for him to return. It was on that day that Richard gave his beloved the ring he created that is now known worldwide as the Claddagh Ring. The Claddagh design appears not only in rings but in other types of jewelry as well. The heart in the cladadgh symbolizes the love Richard longed to share with his true love.

The crown symbolizes his undying loyalty and the hands symbolize friendship, which is, after all, the very foundation of love, with loyalty holding the two hands together. 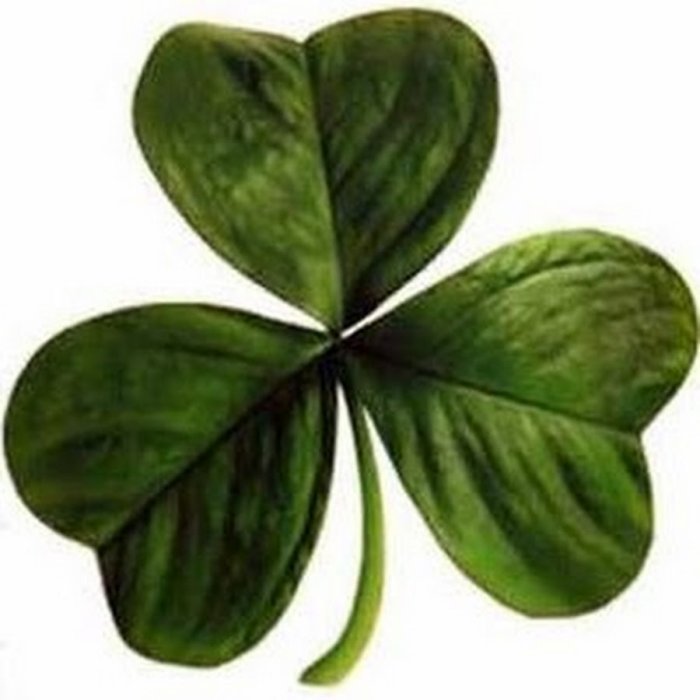 The shamrock is a single-stemmed plant growing on the hills of Ireland.  St. Patrick, the Patron Saint of Ireland made the shamrock famous and today you can find the symbol on t-shirts, postcards, stamps, and many other different things.

It is a national flower of Ireland that has had significance in the country since the days of the Druids. Legend tells that St. Patrick used the shamrock’s three leaves to help explain the Holy Trinity to the pagans during his mission to bring Christianity to Ireland.

The Celts believed that everything important in the world came in threes; the three dominions of earth, sky and sea, the three ages of man, and phases of the moon. A plant with three leaves would have been held in high regard.

4. The Harp: Symbol Of Immortality Of The Soul 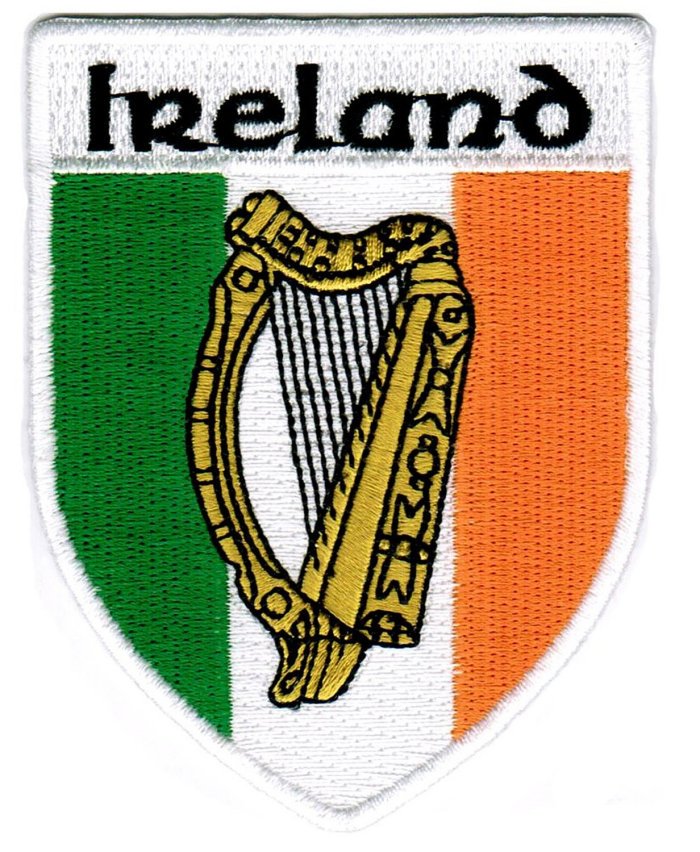 The harp was a very popular musical instrument in ancient Ireland and is still greatly appreciate in the country. It is believed the harp was introduced to pre-Christian Europe by the Phoenicians who brought it over from Egypt as one of their international trading goods. The oldest surviving Celtic harps date back to the 15th century but the music of the harp has been an important emblem to Ireland since the 10th century.

The harp is said to reflect the immortality of the soul. The harp symbol can be found everywhere in Ireland, from coins, uniforms, and the state seal to the Guinness pint glass. 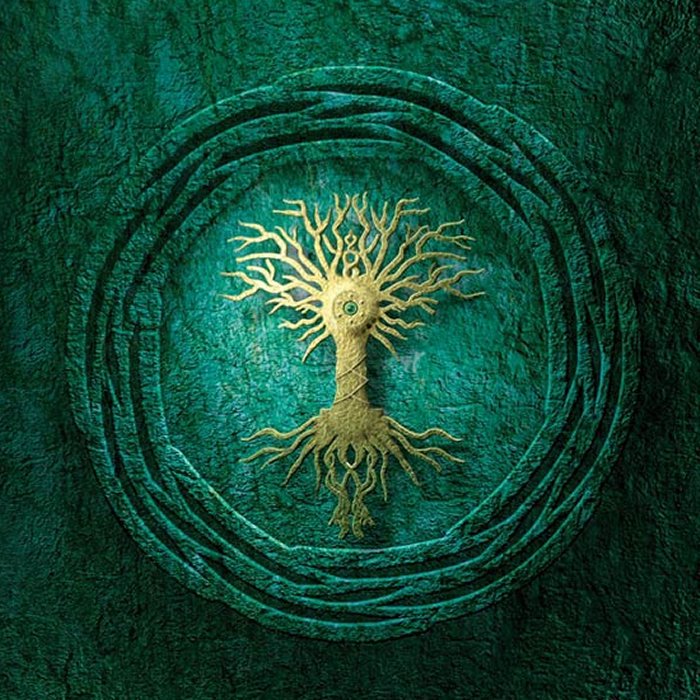 Like most ancient cultures, the ancient Celts had their own version of the Tree of Life. The Celts believed that trees were the ancestors of man and had a connection to the other world. The most sacred of trees was the oak.

The Celts based their Ogham alphabet on the Trees, naming each character after a special tree.

Crann Bethadh, the Celtic Tree of Life often depicted showing the branches reaching skyward and the roots spreading out into the earth below symbolizing the Druid belief in the link between heaven and earth. Read more

6. The Green Man: Symbol Of Rebirth 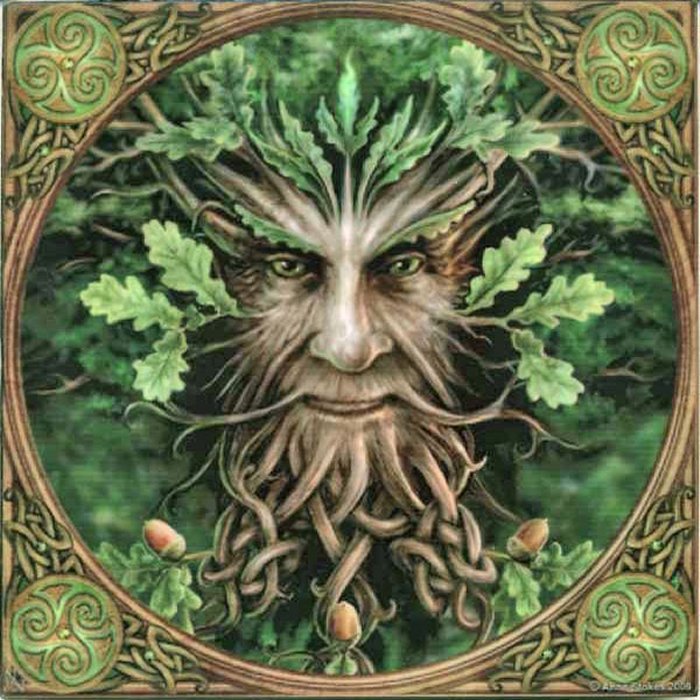 The Green Man can be found on architecture around Ireland and Britain, usually on religious buildings. Also known as the ‘Man in the Tree’, ‘Derg Corra, Viridios’, and ‘Jack o’ the Green, the symbol represents flourishing vegetation and the coming of spring and summer.

The Green Man is a symbol of rebirth.

7. Triskele: Symbol Of The Flow Of Nature 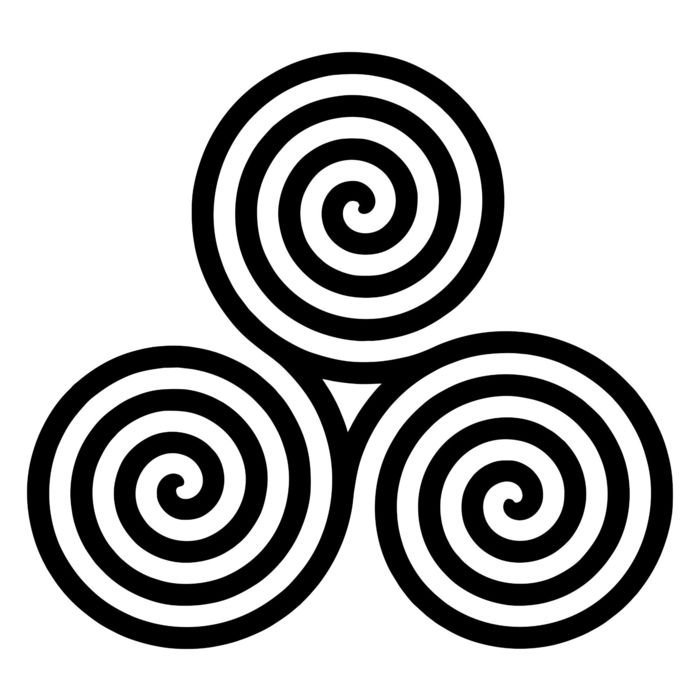 The Triskele is an ancient Irish symbol, over 5,000 years old that stands for the unity of the three. In the case of Celts, this is the physical, mental, and spiritual. It also symbolizes the eternal life, the flow of nature, and spiritual growth.

The Celts believed that everything happens in threes.  The symbol can be found kerbstones of Newgrange which date back to Neolithic times around 3200 BC. They also appear on coins and pottery from Ancient Greece. The triskele is the symbol of Sicily, which in ancient times, used to be a Greek colony.

The triskele is pre-Celtic in design, dating back to before the Celts settled in Ireland, but it was incorporated into Celtic culture and frequently appears in Celtic artwork. The symbol is thought to represent continuous movement or continuously moving forward. 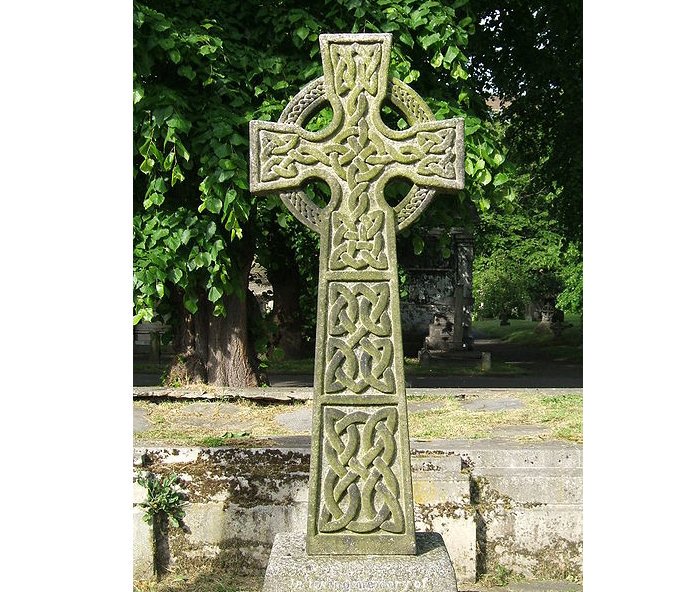 The Celtic Cross predates Christianity. How and when this particular cross became associated with the Celts is not entirely clear. One Christian legend says that the first Celtic cross was formed by St Patrick while bringing Christianity to the Druids. The Druids used to worship a large circular stone. St Patrick, on seeing the significance of this stone, drew a large cross through the middle of it in order to bless it.

From this act, the two cultures combined to form the Celtic cross. The cross represents Christianity and the circle is the Celtic representation of eternity, no beginning and no end.

The symbolism behind the cross is also shrouded in mystery. It said to be a symbol of faith and culture. According to some sources, the Celtic Cross represents the four directions of north, south, east, and west or the four elements; earth, fire, air, and water.

9. The Awen: Symbol Of Divine Illumination 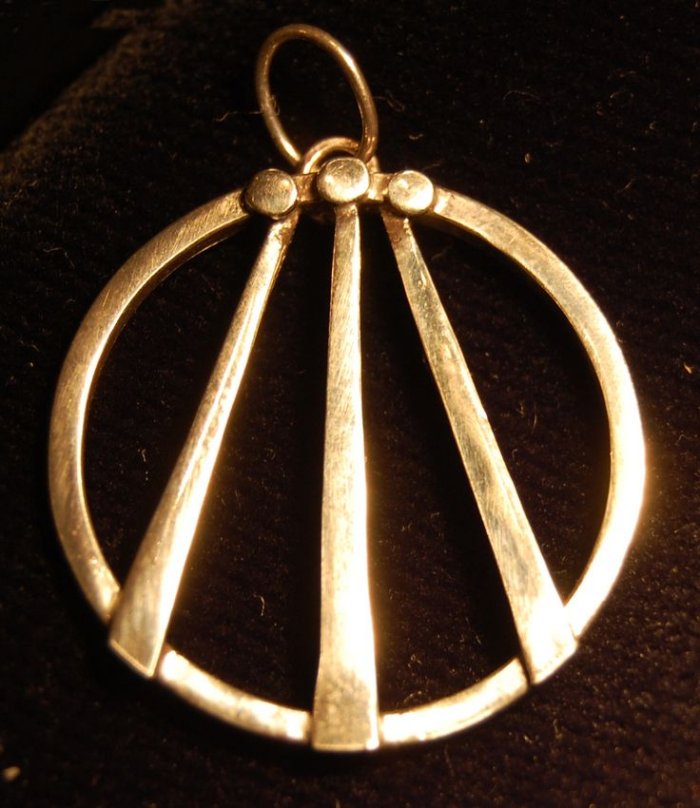 The Awen is a Neo-Druid symbol of balance. The sign appears in Charlotte Guest’s Mabinogion, a translation of old Welsh tales and folklore relating to legendary King Arthur.

Various Neo-Druidic groups and individuals have their own interpretation of the Awen. The three lines relate to the earth, sea, and air, body, mind, and spirit of love, wisdom and truth. Awen stands for not simply inspiration, but for inspiration of truth. It is a divine symbol of illumination and without Awen one cannot proclaim the truth. 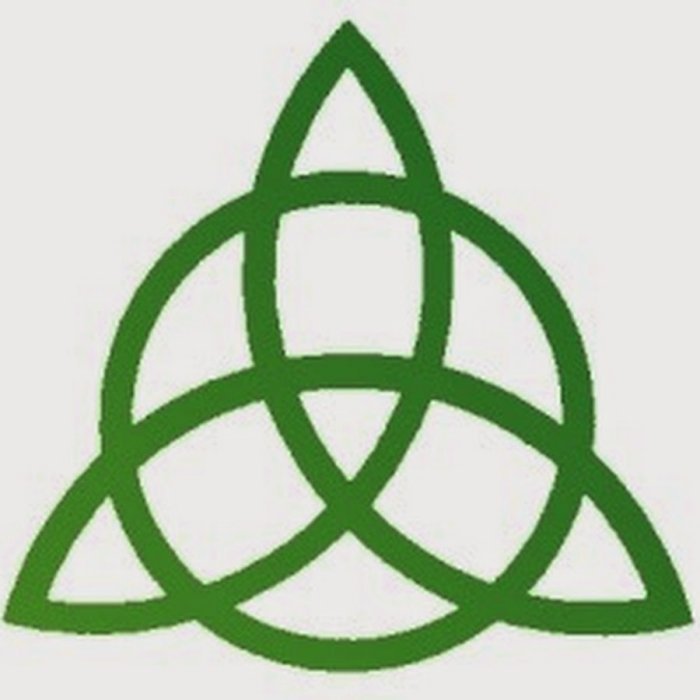 The triquetra, also known as the Trinity Knot resembles the Ouroboros, an ancient infinity symbol. The triquetra is constructed of one continuous line interweaving around itself symbolizing no beginning or end, an eternal spiritual life.

The Celts believed that everything important in the world came in threes; three stages of life, three elements, three domains; earth, sea, and sky, past, present, and future. The triquetra is sometimes drawn weaving around a circle, symbolizing the unity of the three parts.