A. Sutherland - AncientPages.com - Forests have played an important role in legends, myths, and fairy tales from all over the world, from the dawn of recorded history.

The Forest was believed to be the seat of ghosts, gods and monsters, or the underworld. Belarusians and Lithuanians believed that the forest realm was ruled by demonic Snake King and those who disturbed the peace of the huge reptile with a golden crown, had to meet severe punishment. 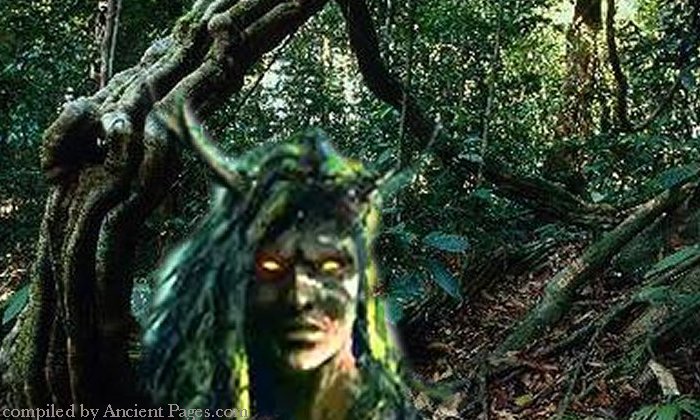 People have always believed in the existence of magical powers hidden in deep dark forests. The rich were also folk beliefs associated with evil forces joined with the forest, which survived almost to our times.

In the Old Testament, there are several references to forests, of which the best known are the ‘Cedars of God’, the extensive forests that once thrived across Mount Lebanon in ancient times.

Also, several sacred writings of India refer to forests and their power. It is said that Buddha, one of god Vishnu’s incarnations, in his youth was never so happy as when sitting alone in the depths of the forests lost in meditation. In fact, it was in the midst of a beautiful forest that he was shown the four great truths. 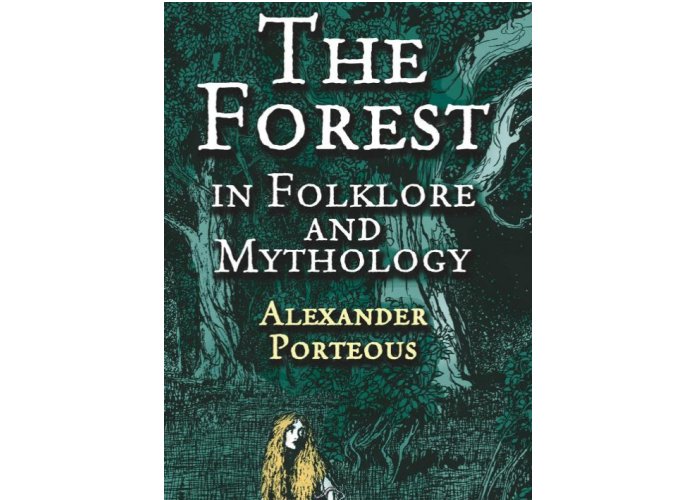 "If you have a feeling for the mystery and enchantment of the woods, you will want to own this book." — Outlook.
Assembled from an enormous range of sources, this fascinating book is a mind-expanding compendium of facts, folklore, superstitions, myths, and anecdotes about trees and the forest. Included are descriptions of old forests; forest customs, temples, and sacred groves; mythical forest creatures such as witches, fairies, demons, wood spirits, the "wild huntsman," and wood nymphs.
The author also recounts facts and fables about individual trees, including famous trees throughout the world, unusual trees, tree worship, people's transformation into trees, and disposal of the dead in trees — as well as folklore about fossil trees, tree bark, leaves, thorns, diving rods, and Yule logs.
This long-unavailable treasury of legend and lore will be welcomed by naturalists, anthropologists, students of folklore, and general readers alike. Read more

Mr. H. M. Stanley, in his journey for the relief of Emin Pasha in 1887, when crossing Africa through the primeval forest, expressed the eerie feelings that beset one when alone in these gloomy depths, similar to those mentioned by Mr. Maxwell when writing of the Malay forests. Stanley wrote that

“awe of the forest rushed upon the soul and filled the mind. The voice sounded with rolling echoes as in a cathedral. One became conscious of its eerie strangeness, the absence of sunshine, its subdued light, and marveled at the queer feeling of loneliness, while inquiringly looking around to be assured that this loneliness was no delusion. It was as if one stood amid the inhabitants of another world.”

From Hindu mythology, we learn about a great cosmogonic forest with the mighty Jambu with an immortal fruit as large as an elephant, resembling gold, and of which the seeds produce pure gold.

The cosmologies of Hinduism, Buddhism, and Jainism, refer to the so-called ‘jambudvipa’ (literally "the land of Jambu trees"). In this celestial forest, there are flowers of light, the plant of immortality grew, and from this plant, Dhanvantari, the physician of the gods, extracted the divine ambrosia.

In Sweden, people believed a long time that old women who lived in the forest were credited with powers of sorcery, and were believed to have the wolves under their control. In the vast, dark, and deep forests of  North America, an Elf called Mikamwes, was believed to frolic in the moonlight; in the meantime, the forests of Canada were ruled by fairies called Mamagwasewug.

People have always believed in the existence of magical powers hidden in deep dark forests.

The rich were also folk beliefs associated with unclean forces joined with the forest, which survived almost to our times.

It was long believed that forests were places full of magic; they were ‘inhabited’ by diverse mythical beings, all endowed with superhuman powers and characters, often appearing in human form. Some of them possessed benevolent qualities, seeking to do good to mankind, but according to ancient Slavic beliefs, the forest was full of mythical beings of a usually malevolent type, always trying to work harm.

In many beliefs, forests were a great danger and a gloomy, mysterious, inhospitable area of magic, evil spirits, and darkness that should be avoided.

The Forest in Folklore and Mythology by Alexander Porteous