AncientPages.com - On May 14, in 1787, fifty-five State delegates from every state - except Rhode Island - met in Philadelphia to convene a Federal Convention (Constitutional Convention). 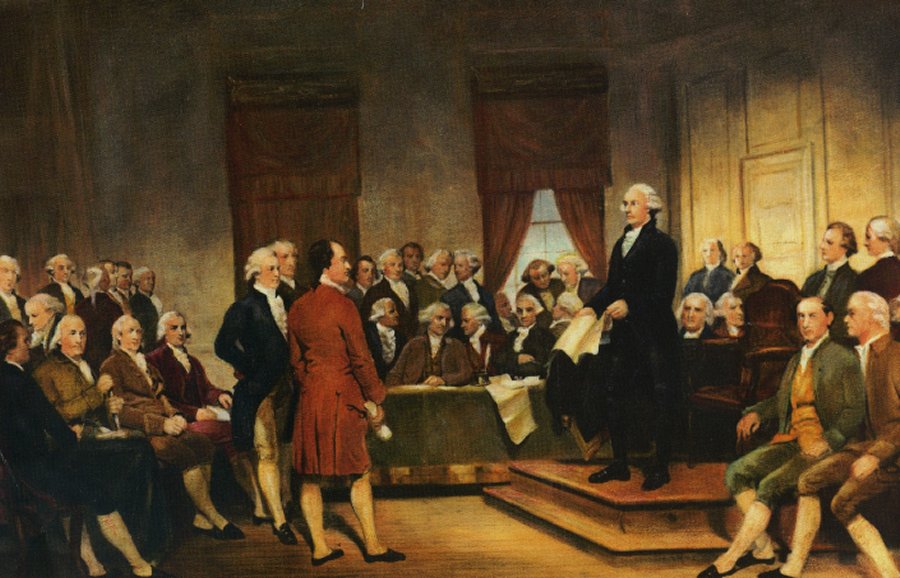 This historical event – one of the most important events in history of the United States of America took place in the poorly ventilated and very hot Independence Hall of the State House.

The Philadelphia Convention lasted until September 17, 1787 before adjourning. At the end of three-and-a-half months, 38 of the 55 delegates signed the document.

The goal of this meeting was to address the problem in governing the new United States of America. The delegates were largely lawyers, merchants and planters who represented their personal and regional interests.

George Washington was elected to preside over the convention, the writing of the Constitution in 1787, the adoption on September 17, 1787 and ratification on June 21, 1788.

Two plans were proposed for such a system.

The populous states not surprisingly favored The Virginia Plan, which envisioned representation proportional to population.

Story Of Uncle Sam – Symbol Of The United States Government

The New Jersey plan, preferred by the small states, called for equal numbers of representatives from each state, without regard to population.

The Convention was productive and agreement was reached via the Connecticut Compromise, which incorporated parts of both.

The upper house (Senate) would have equal representation from each state, while the lower one (House of Representatives) would assign delegates according to their population.

The national government had power to raise and maintain an army and navy and to regulate interstate commerce.

It was given the management of Indian affairs, war and foreign policy; it could control public lands, admit new states and to pass all necessary and proper laws for executing all these clearly defined powers.