A. Sutherland - AncientPages.com - There are about 3,600 known prehistoric grooves on stones scattered throughout the island of Gotland in Sweden. As many as 700 of them are scored directly into the limestone bedrock, the rest are found on about 800 stones. 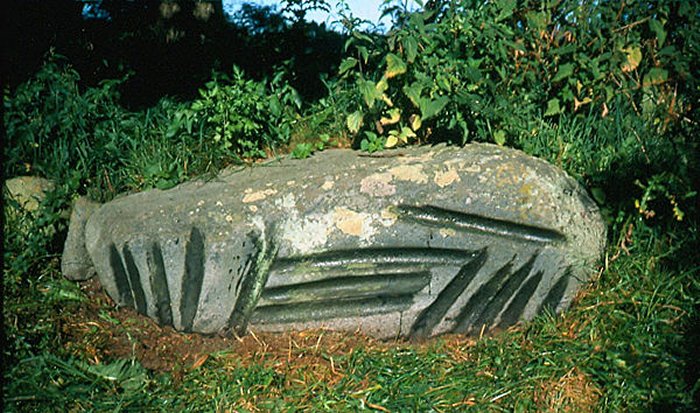 What do they mean? Were the mysterious Gotland grooves once part of an ancient astronomical observatory?

Gotland is a very old place. It has Neolithic structures dating approximately 3600 BC may be more. Several of these can be categorized as complexes. They often include dolmens, and stone rows or circles.

Most have been found to have astronomical alignments. Some have to do with the Moon, but others are also aligned to major events of the Sun and have possible connections to planets, stars, and constellations. 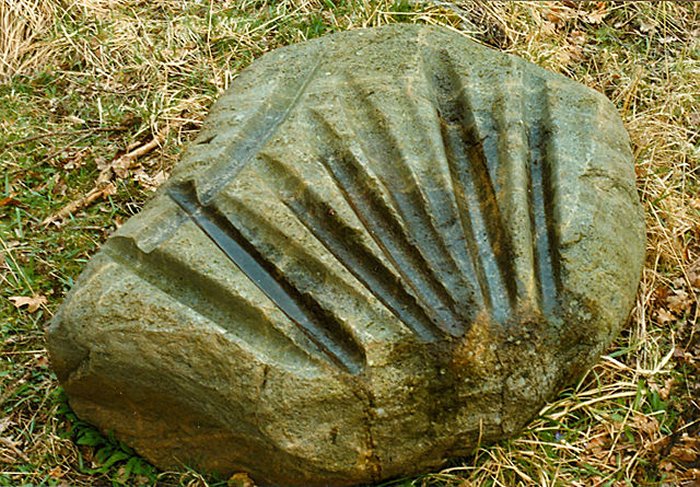 What was the purpose of the mysterious Gotland grooves?

The length of the grooves varies from about 0.5 to 1 meter. They are between 5 cm to 10 cm wide and 1 cm to 10 cm in depth. The most important feature of the grooves appears to be in their alignment. Studies reveal that the grooves on a stone are not parallel. Instead, they are oriented in several directions, some grooves crossing other grooves. Yet on any particular stone, the grooves are not randomly oriented but seem to follow a prescribed orientation, although that orientation may change slightly from grove to grove.

Researchers have analyzed them and say that 1,256 grooves are aligned with certain positions of the celestial bodies, like the sun or the moon. Most of them are oriented east to west. 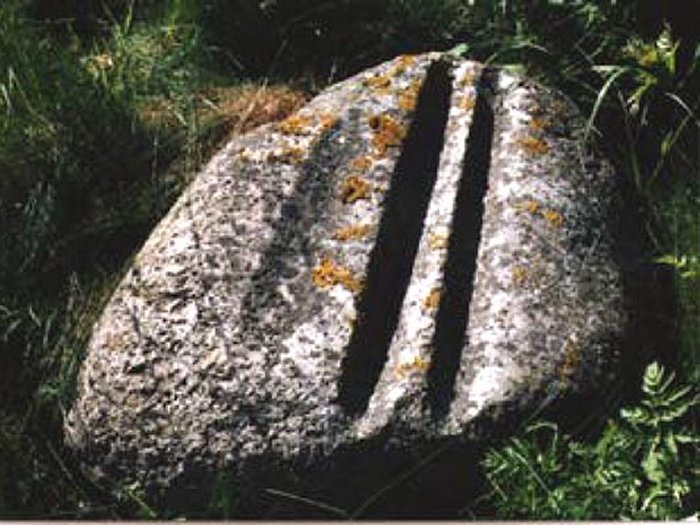 Most known archeoastronomy sites are far more geographically confined than these stones. Who were the mysterious builders of the stones? Were the creators nomads that wandered the island and created new stones where ever they went? The reason for so many of these stones scattered across many square miles has been completely lost in time.

Interestingly, there are other ancient sites where we encounter similar stones. Alfred Watkins (1855 – 1935), an English author, self-taught amateur archaeologist, antiquarian and businessman said that he knew of several examples of vertically grooved stones 'Most amazing of all, are those like the 'Queen stone' (Right), near Symonds Yat on the Wye, which have deep grooves running down them," he said.

Many believe the markings are naturally formed by rainwater, but they're also researchers who believe they must be artificially cut and Watkins is among them.

'Queen Stone' markings are from 5 to 7 inches deep and only 2 to 2.5 inches wide, and suddenly ceasing near the base of the stone. Mysterious grooves found on many of stone slabs lying on the ground in Cornwall, southwest of England are also a big mystery. It is not known what kind of tools made these grooves or other strange, thousands of years old marks in the stones. Most of them are a result of very sophisticated practices impossible to achieve by hand. 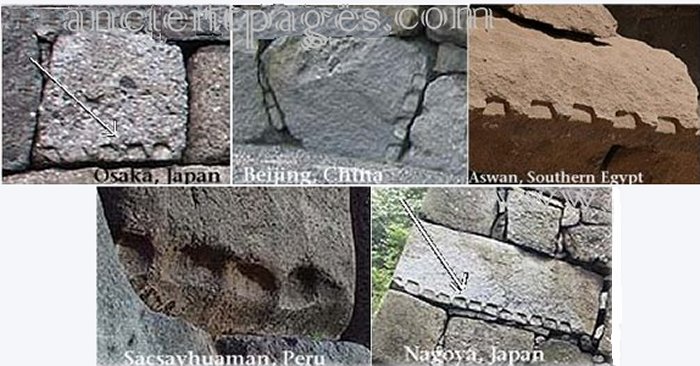 What kind of prehistoric machine may be responsible for these strange markings on stones?

Prehistoric stonemasons left a mysterious legacy in the form of incised stones that can be found in many countries around the world.

Could the ancient stone masters form stone as we today give forms and shapes to a piece of clay?

Ancient records reveal one of the secrets of the enigmatic stone builders. It is said that they used a decomposing substance obtained from certain kinds of grass, which had an unusual ability to soften stones into malleable clay-like material. What kind of prehistoric machine may be responsible for these strange markings on the stones? Their meaning is obscure until today.